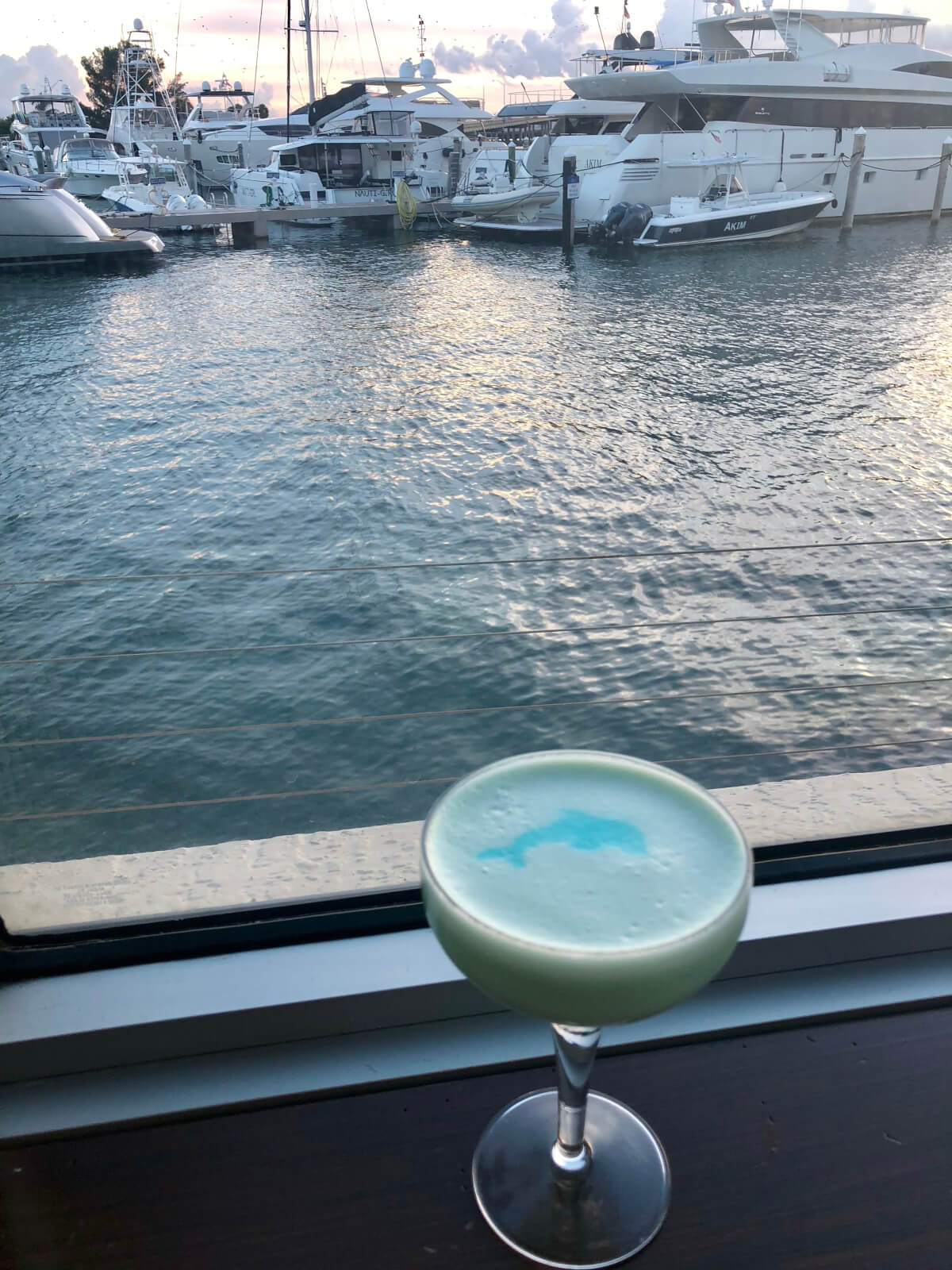 At the Rusty Pelican in Key Biscayne, a bright blue liquid—made up of Bacardi Superior, violet liqueur and pineapple juice—sits inside a frosty coupe-shaped glass.

Created by head bartender Oscar Amaya, the cocktail is a representation of the Rusty Pelican’s #MiamiIsNotPlastic campaign, which aims to eliminate single-use plastics. That’s because when it comes to this creamy aqua-colored drink, which shares the name of the campaign, no straw is necessary.

A joint effort between the Rusty Pelican (3201 Rickenbacker Causeway), neighboring sister restaurant Whisky Joe’s, and the Rickenbacker Marina, the campaign kicked off in January. Created by Pallava Goenka, regional managing director for Specialty Restaurants Corporation (which operates the Pelican), the goal is to bring attention to pollution from straws, utensils and cups.

“When you begin to wrap your mind around the fact that 500 million straws are used in the U.S. every day, and these single-use plastics contribute to the approximately 8 million tons of plastic pollution that reach our oceans annually, you want to try to do what you can to alleviate this,” Goenka says.

In late 2017, the Rusty Pelican, known for its views of Biscayne Bay and downtown Miami, began eliminating straws, to-go containers, utensils, kid’s cups and coffee pods made wtih plastic. The restaurant, which serves some 20,000 people a month, now uses biodegradable takeaway containers and utensils, and reusable totes as doggie bags.

“Since we launched the initiative, no one has complained or demanded a plastic straw,” Goenka says. “In fact, some customers applaud us for implementing the practice of reducing single-use plastic.”

Since its launch, the campaign has gained momentum, igniting the cities of Surfside and Miami Beach to pass ordinances banning the use of plastic straws. To learn more about the initiative, visit miamiisnotplastic.org.