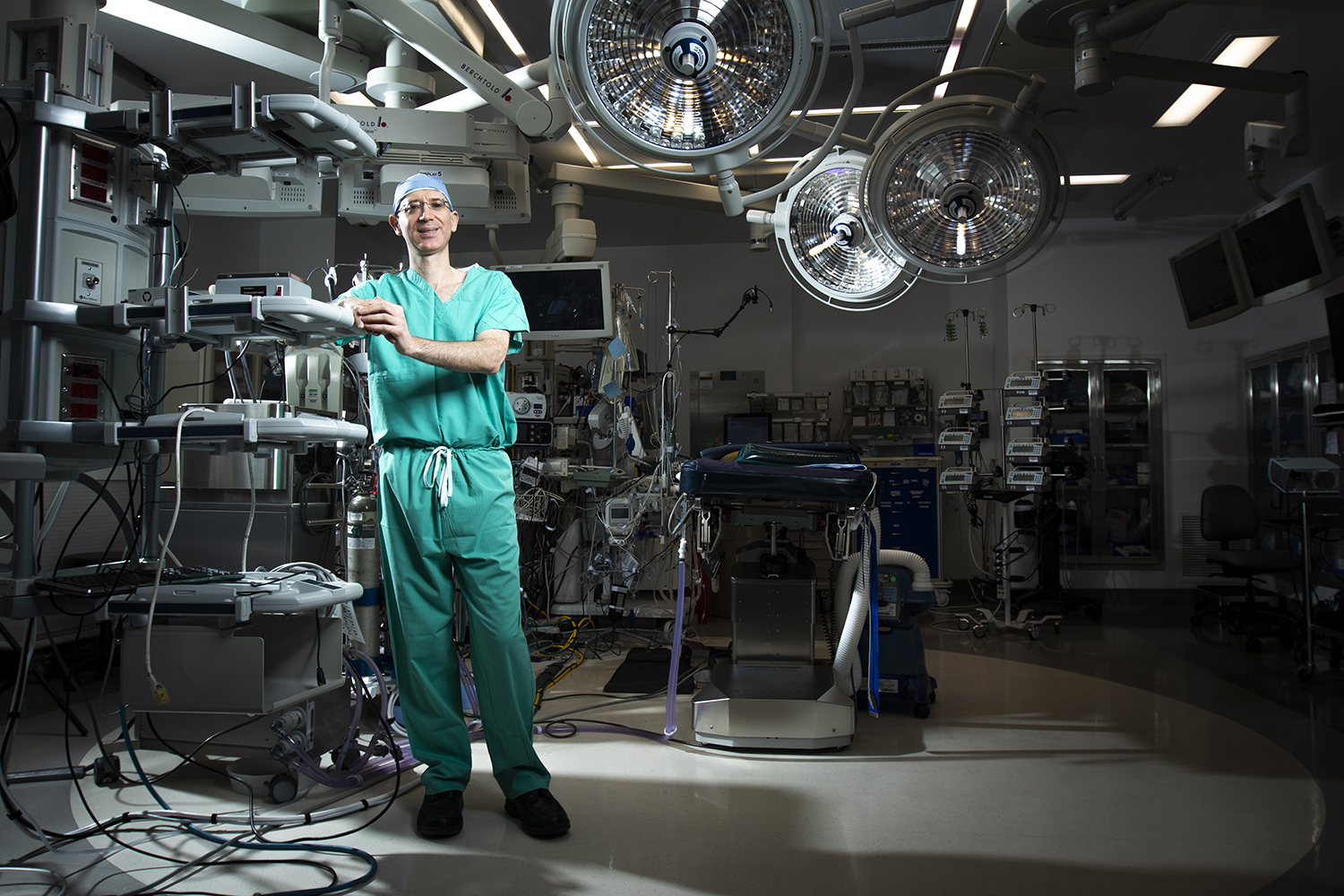 Perhaps it was destiny that physician Jordan Steinberg would one day meet Yesenia and Rolando Aguiar and their 6-year-old son, Roy.

The Aguiars figured a toothache was causing the pain Roy felt on the left side of his face last summer, but a trip to the dentist ruled out that possibility. When the condition worsened, an emergency room visit quickly escalated to a nightmare diagnosis—a cancerous tumor behind the little boy’s upper jaw, wedged against the base of the skull and dangerously close to his major neck vessels and spine.

Then, impossibly, even more devastating news. An initial plan to remove the tumor called for surgeons to remove half of Roy’s upper jaw and not replace it, leaving behind a significant scar and deformity and lifelong complications. 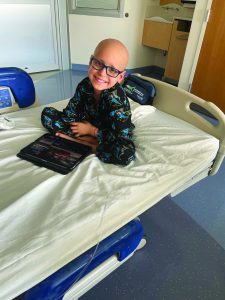 To the enormous fortune of the Aguiar family, Steinberg was immediately involved in treating Roy.

During his final two years at Johns Hopkins, Steinberg, 44, was drawn to plastic surgery by what he believes are pillars of the science—innovation and problem-solving.

“I realized that this element of having different approaches to every patient and not doing the same thing all the time on the same organ system and having to find creative solutions really appealed to me,” he says.

Steinberg decided on his specialty, pediatric plastic surgery, during his residency at Northwestern University McGaw Medical Center in Chicago. While rotating through various disciplines—burns, cosmetic, breast reconstruction, hand surgery—his wife, Nicole, quickly noted his increased passion and enthusiasm during his time at a children’s hospital.

“I felt I could find meaning and great experience even in the smallest things, because no matter what I had done, every day I came home at the end of the day, I had helped a child,” he says.

He also embraced the opportunity to replace despair with joy for entire families.

“Somebody’s putting in your hands an incredibly complex situation,” Steinberg says. “Just to figure out how to make this better and in a way that a parent can [trust] you to take care of their child … [That’s so] powerful.

“When I started my rotation, I had just had my own child, so I connected in a way that was really special. I just knew this is what I wanted to do.”

As Nicole said during her husband’s process of choosing a specific field in plastic surgery, “This is what sort of chose you.”

So it was that Steinberg, who graduated from Coral Springs High School, made his South Florida homecoming arrival at Nicklaus Children’s Hospital. With Roy’s case, he immediately was presented one of his most challenging tests of innovation and problem-solving—and of providing hope for desperate parents.

Not that he doesn’t handle every case as if it’s a major procedure.

“I have to always remember that even something that seems routine and small to me is something that creates tremendous anxiety for a mom or dad,” Steinberg says. “If I’m doing a mole on a kid’s face, that’s a small thing. But it’s a kid’s face.” 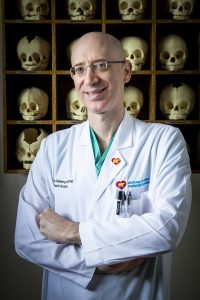 Steinberg, who has two sons, ages 5 and 11, “approaches everything like it’s my own son.”

His surgical talents range from cleft lip/palates to skull reconstruction in infants to an upcoming procedure in which he will remove and rebuild the section of a 5-year-old girl’s lower jaw engulfed by a large mass while factoring in her continued growth over the years.

While pediatric plastic surgeons are often involved in reconstruction after tumors are removed, they rarely participate in the actual removal with surgical oncologists.

“We have this kind of phenomenon in the pediatric world where there’s not one specific specialty that does tumor removals,” Steinberg says. But given the number of patients coming to Nicklaus Children’s from all over the world, he added, “we get some very interesting pathologies. So, we’ll see cancers or tumors involving the face where we’re asked to be involved.”

First, the problem-solving phase. In the most basic terms, they decided that instead of demolishing their way to the excavation site, why not remove sections of bones temporarily as they would in other facial reconstruction surgeries?

Next, innovation. Steinberg worked with the Cariovascular Surgery Advanced Projects Laboratory and its team of technicians to create a 3D-printed model of Roy’s facial skeleton with a pink mass representing the tumor encased within his jawbone. This provided the opportunity to identify three places where bones would be removed to allow access to the tumor and then put back in place using plates and screws.

“We mapped out a strategy where we could sort of take the bones apart as puzzle pieces,” Steinberg says.

Meanwhile, Steinberg did everything he could to comfort the Aguiars, explaining the complexities to Yesenia and Rolando, and often calling upon other specialists to discuss their particular roles.

“Dr. Steinberg came into our life, into our hearts, as an angel,” says Rolando, who also has a 16-year-old daughter and lives in Miami Gardens. “Every time he told me something, or taught me something, I felt trust. I had a good feeling.”

After months of chemotherapy resulted in adequate shrinking of the tumor, Steinberg and his team, including physician S. Anthony Wolfe from plastic surgery and physician John Ragheb from neurosurgery, operated on Roy in December. The procedure took about seven hours with part of the left cheekbone and a portion of the lower jawbone removed and Ragheb entering from the skull bone to remove the top parts of the tumor.

Pathology tests revealed that chemotherapy treatments had treated nearly 98 percent of the cancer. That was the good news. Stiil, imaging showed that about 20 percent of the tumor remained.

Steinberg huddled again with the Cardiovascular Surgery Advanced Projects Laboratory team, which utilized 3D-printed technology to pinpoint the remaining portions of the tumor. One week later, a second surgery was performed, which allowed for successful removal of the tumor remnants with a less invasive point of access—through Roy’s mouth.

“We did not have to take the bone apart,” says Steinberg, who marvels at the technological advances that greatly assist pediatric plastic surgeons these days, including the ability to perform cybersurgeries in advance of the real thing.

By late March, Roy was finishing his final rounds of follow-up chemotherapy before moving on to radiation treatments. His prognosis is good, and he’s not far from returning to the basics of boyhood—bikes, ballgames and beaches.

“As a mother, you never think something like this is going to happen to your child,” she says. “That’s the reason I’m so grateful to the oncology and surgical teams for making me feel so comfortable and safe with our son in their hands.”

As for Jordan Steinberg, chief innovator and problem-solver, Rolando believes there’s much more to his remarkable achievements than technology.