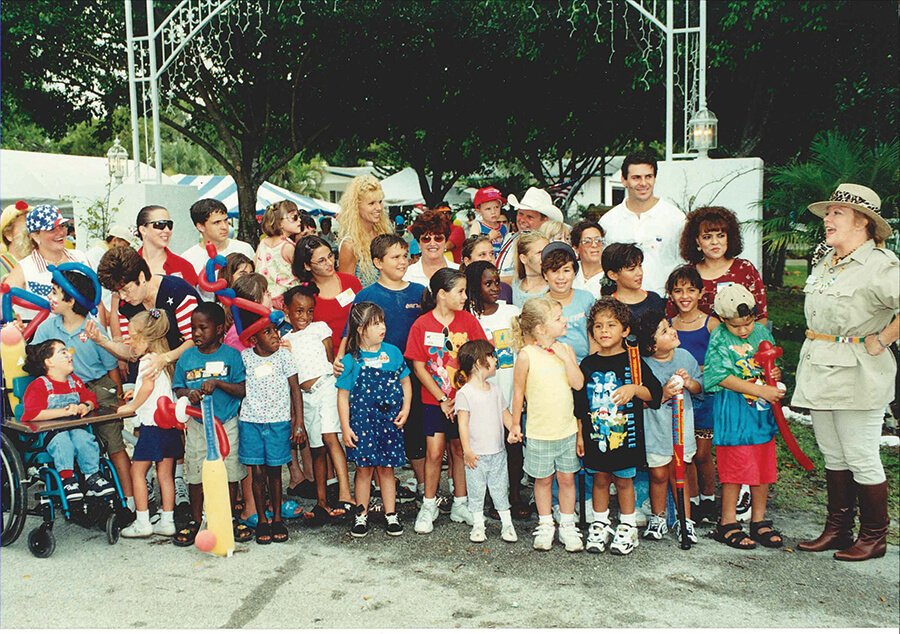 More than 20 years ago, Joan and Bob Nast often would visit local hospitals and pray for sick children. Though they saw many children recover and go on to lead happy lives, they also saw a lot of pain—pain they felt they could help alleviate in some way.

“Bobby and I said to each other one day, ‘These people need a place where they can talk to others who are going through different situations with their kids,’ ” Joan says.

Then an answer came. Joan says that, in 1996, she felt a spiritual inspiration to sell her belongings and take care of sick children. That same day, Joan, then a real estate agent, found a 6-acre ranch in Coconut Creek that had been on the market for five days. Though the house was dilapidated, Joan pictured a house with a busy front porch and rocking chairs where sick children could play. Developers were interested in the property, but the Nasts’ conviction in this calling convinced the owner to sell it to them.

That same day, they put their Lighthouse Point home, boat and car up for sale. Even before they closed on the property a year later, the owner allowed them to start inviting sick children as well as their families to spend the day at the house, which they called God’s Little Acres.

In 1998, they became a nonprofit organization. Today, Joan estimates almost 16,000 children have spent a day at God’s Little Acres. About once a month, children staying at local hospitals—and battling the likes of cancer and cystic fibrosis or dealing with conditions such as cerebral palsy and Down syndrome—spend the day playing games and enjoying entertainment. The Nasts also give away turkeys before Thanksgiving and host a Christmas party (they recently had their 20th) where Santa enters on a police SWAT vehicle. A host of community volunteers and organizations offer support, including Ronald McDonald House Charities and the U.S. Marine Corps.

“I tell people when they come to volunteer, ‘If you’re going to cry, you don’t belong here,” Joan says. “We’re here to make children and families happy.”

The Nasts are planning to make a comeback after Joan was diagnosed with diverticulitis and they had to host smaller gatherings for the past few years. They plan to bring back their petting zoo, build a cement block gingerbread house to host children when it’s too hot to be outside and, eventually, incorporate equine therapy.

Seeing how happy the Nasts are while discussing the future, surrounded by photos of children, it’s hard to believe Bob had reservations about buying God’s Little Acres. They had lost much of their land property after the stock market crash of 1987 and weren’t in a position to buy the ranch. But with leaps of faith, they shaped it into a sanctuary filled with love and hope.

“After a while, your priorities change,” Joan says. “You realize this is more important than anything: making [the children] smile.”