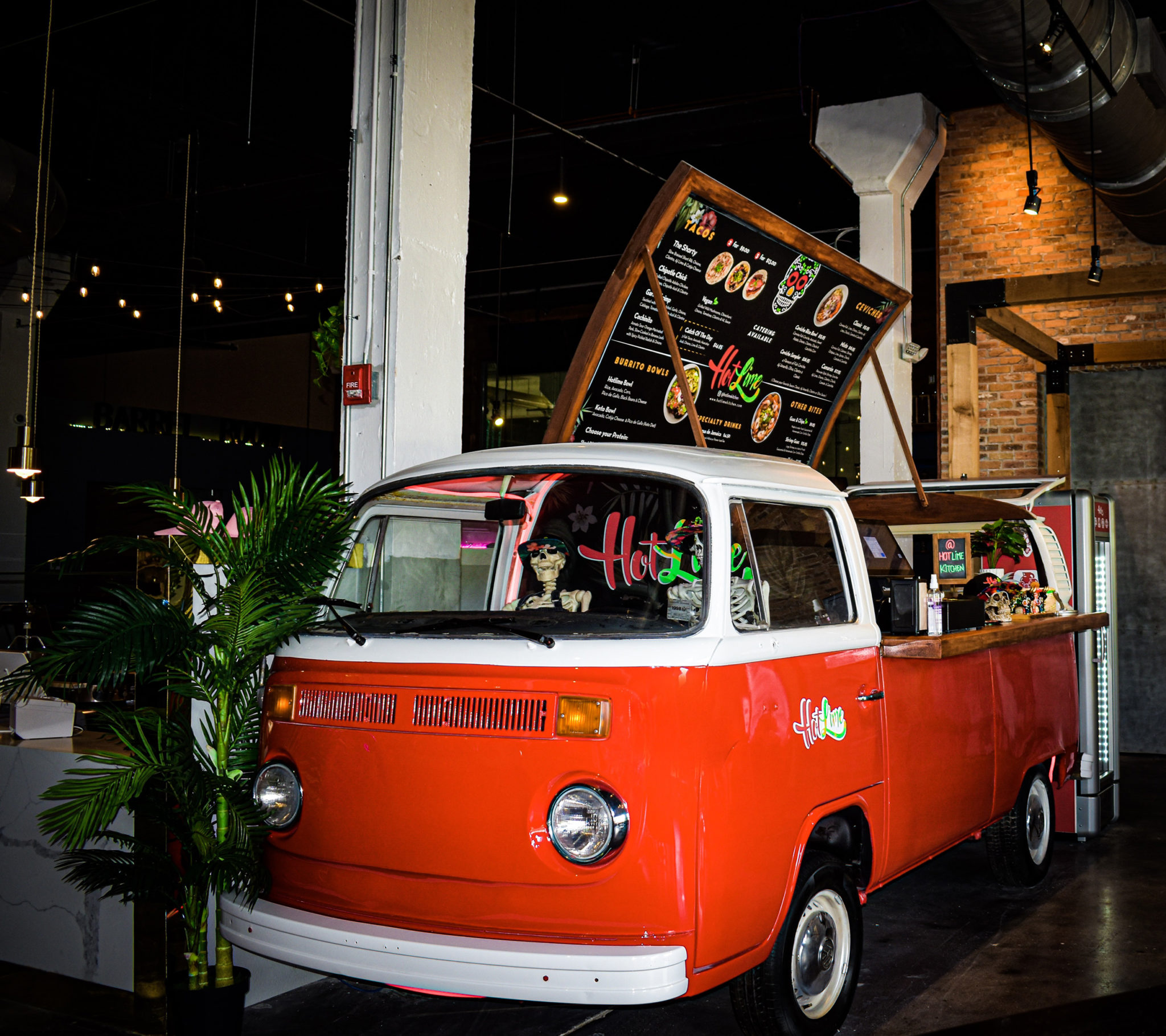 As if the hip pockets in and around Flagler Village aren’t already transforming the Fort Lauderdale scene, along comes yet another inspired project to add to the ever-growing mix of offerings.

Society 8 Hospitality Group recently opened the doors to Sistrunk Marketplace & Brewery, an original 24,000-square-foot concept that encompasses a food hall, retail and mixed-use event space. The much-anticipated project, at 115 NW Sixth St. in the historic Sistrunk neighborhood, has incorporated CDC guidelines into the launch, including appropriate social distancing, increased sanitation protocols, and the monitoring of staff temperatures before the start of each shift.

The Marketplace features impressive and diverse list of food vendors—Bronte Café, The Chop Shoppe, Heavenly Raw, Hot Lime Craft Tacos and Ceviche, OSOM Crepes, Poke OG and The Empanada Bodega, among them. Khoffner Brewery and Shady Distillery are both set to open inside the project over the next six to seven weeks. In addition, there’s a co-op-style retail boutique, SistrunKollective.

“Fort Lauderdale has such a rich and diverse food culture, championing the city’s reputation as a culinary destination,” says Steven Dapuzzo, of Society 8 Hospitality Group. “South Floridians have worldly palates and an insatiable interest for all kinds of cuisines, which make the possibilities endless for a food hall. I am excited to bring locals Fort Lauderdale’s first food hall and provide a fun and diverse dining experience.”