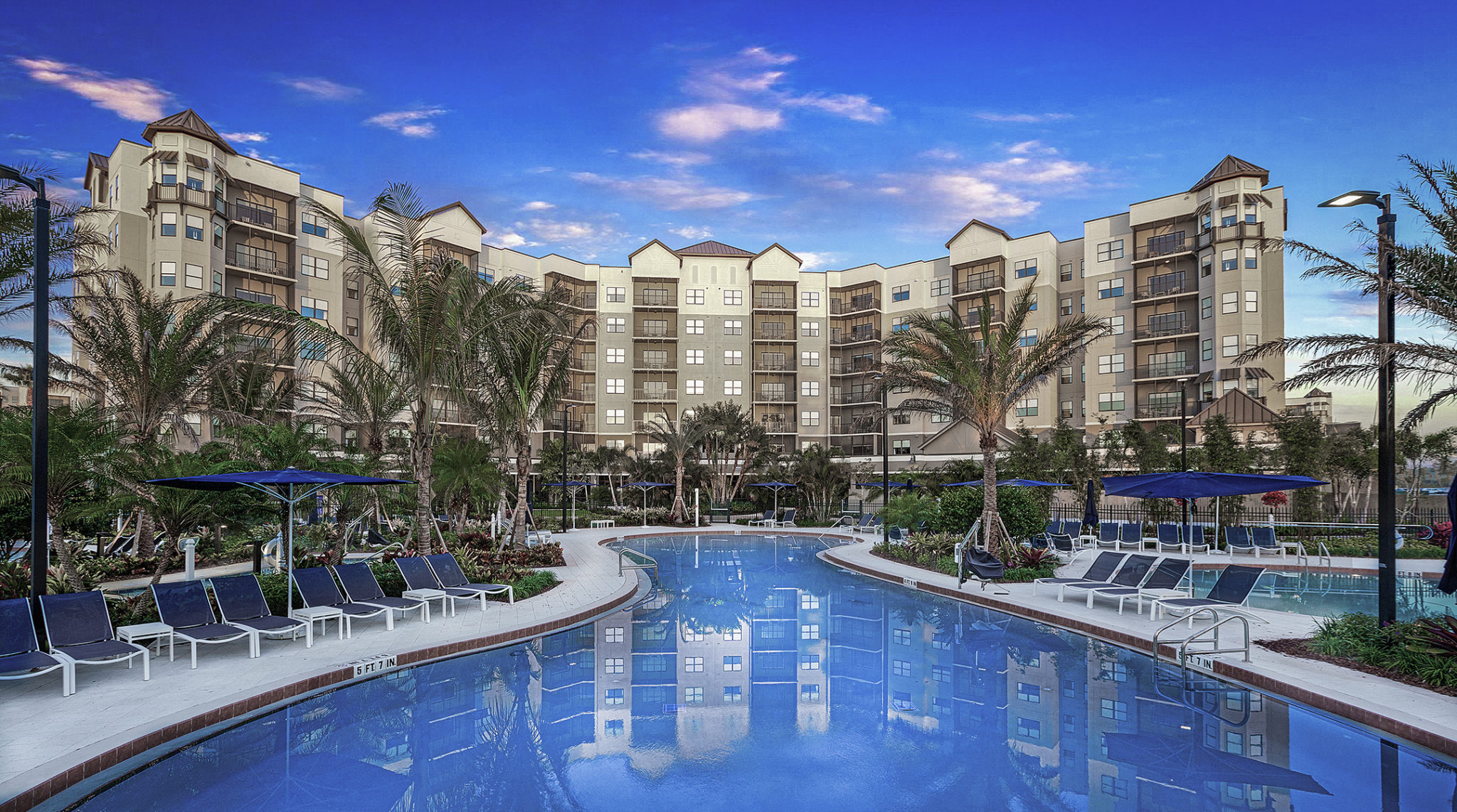 The Grove, an expansive Orlando resort property, takes the suite life—and everything that comes with it—to new heights

It’s been more than a decade since a sprawling new resort west of Walt Disney World became the biggest symbol of the Great Recession in Central Florida, a $150 million foreclosure that left the shell of the multi-building complex standing—and the commercial construction industry shaking. For the better part of seven years, the 106-acre site was a veritable ghost town.

Enter BTI Partners, the Fort Lauderdale-based developer that (along with Westport Capital Partners) took the original vision for this all-suite hotel to the finish line—and well beyond—in ways that have changed the hospitality landscape along the periphery of Lake Buena Vista.

Since its official opening in March 2017, The Grove Resort Orlando (14501 Grove Resort Ave., 407.545.7500), under the management and marketing guidance of Benchmark, has distinguished itself as a first-class, comfortable and inviting family-friendly alternative to the frantic buzz that can envelop properties closer to the amusement park action.

Here are just some of the reasons why. 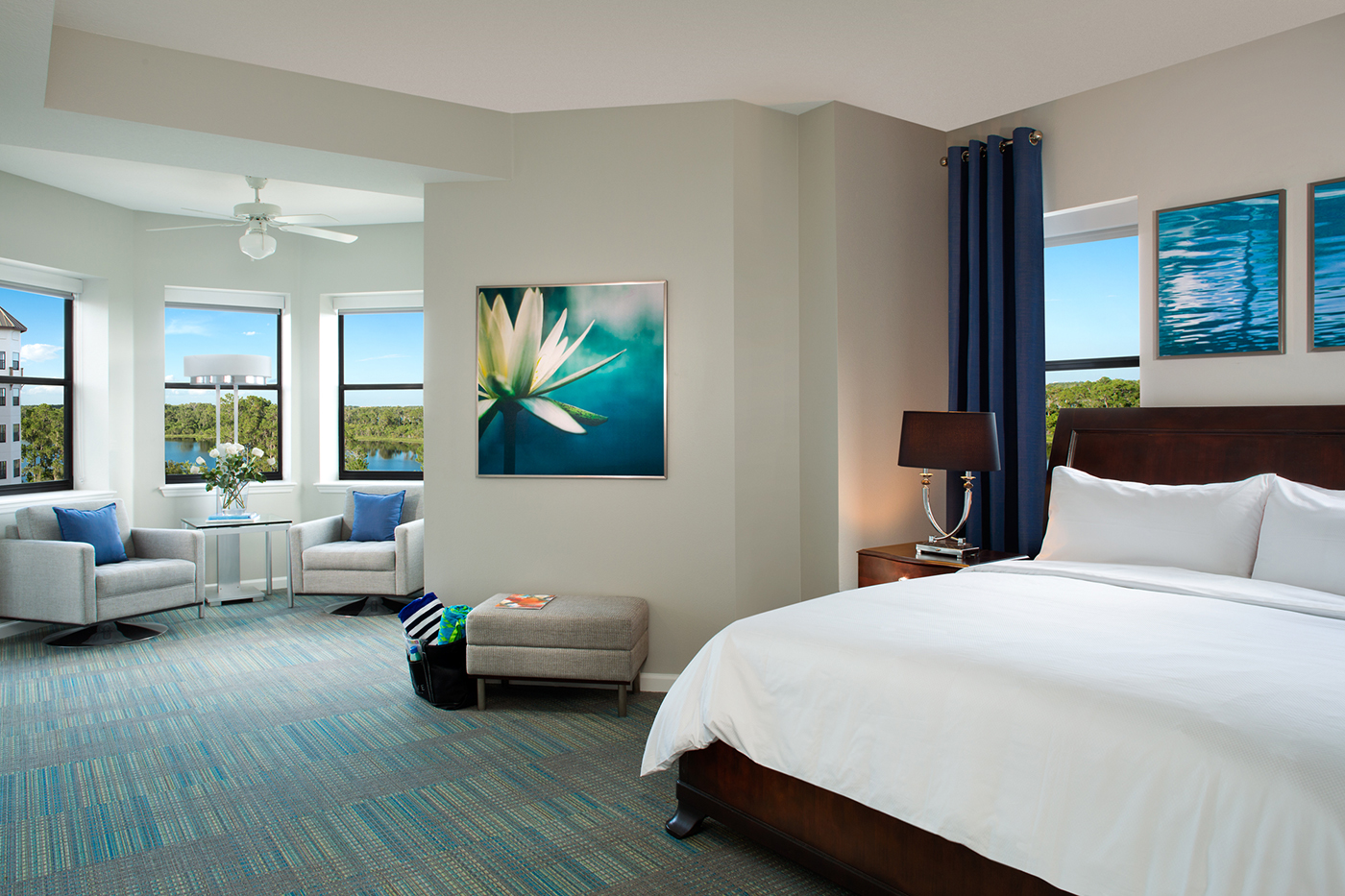 How suite it is: Size matters at The Grove when it comes to the one-, two- and three-bedroom suites (975 square feet on the small end; 1,544 square feet on the big side) that put typical hotel rooms to shame. Each clean-lined, simply appointed unit features a fully equipped kitchen, washer and dryer, and screened-in patio; it’s a game-changer for couples and small families accustomed to stepping all over one another in the cramped confines of a double twin-bed space. The three-bedroom suites—which include a king bed in the master bedroom, queens in the two guest rooms, and a separate living room with a sofa bed—can comfortably sleep eight. By September, the resort is expected to have more than 800 rooms available overall. 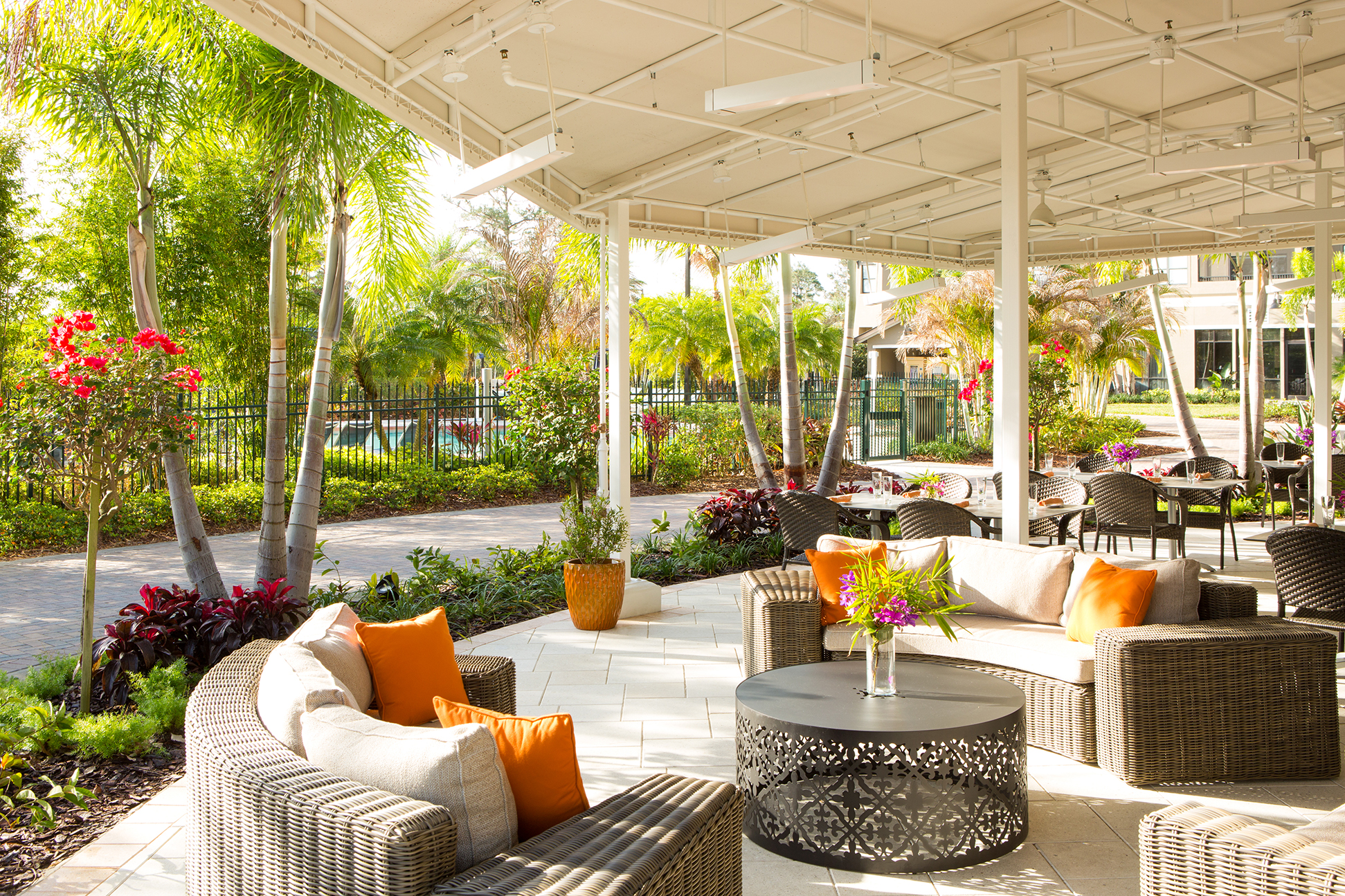 The restaurant scene: Sit-down dining options at The Grove include starters, sandwiches and salads at Longboard Bar & Grill inside Surfari Water Park (more on that coming up) and the poolside Springs Bar & Grill (pictured), which pulls its food and beverages from the resort’s mother ship when it comes to restaurants, Valencia. If the roster of breakfast favorites at Valencia’s morning buffet isn’t enough to catch your attention, the lunch and dinner offerings will do the trick. The kitchen does a masterful job of satisfying its younger audience while plating well-conceived, chef-driven dishes for the adults. The menu covers all the bases—mahi tacos, flatbreads, burgers/sandwiches, pan-seared salmon, chicken piccata or marsala, vegetarian paella, pasta specialties, center-cut filet mignon, and baby-back ribs—not to mention an impressive wine list. 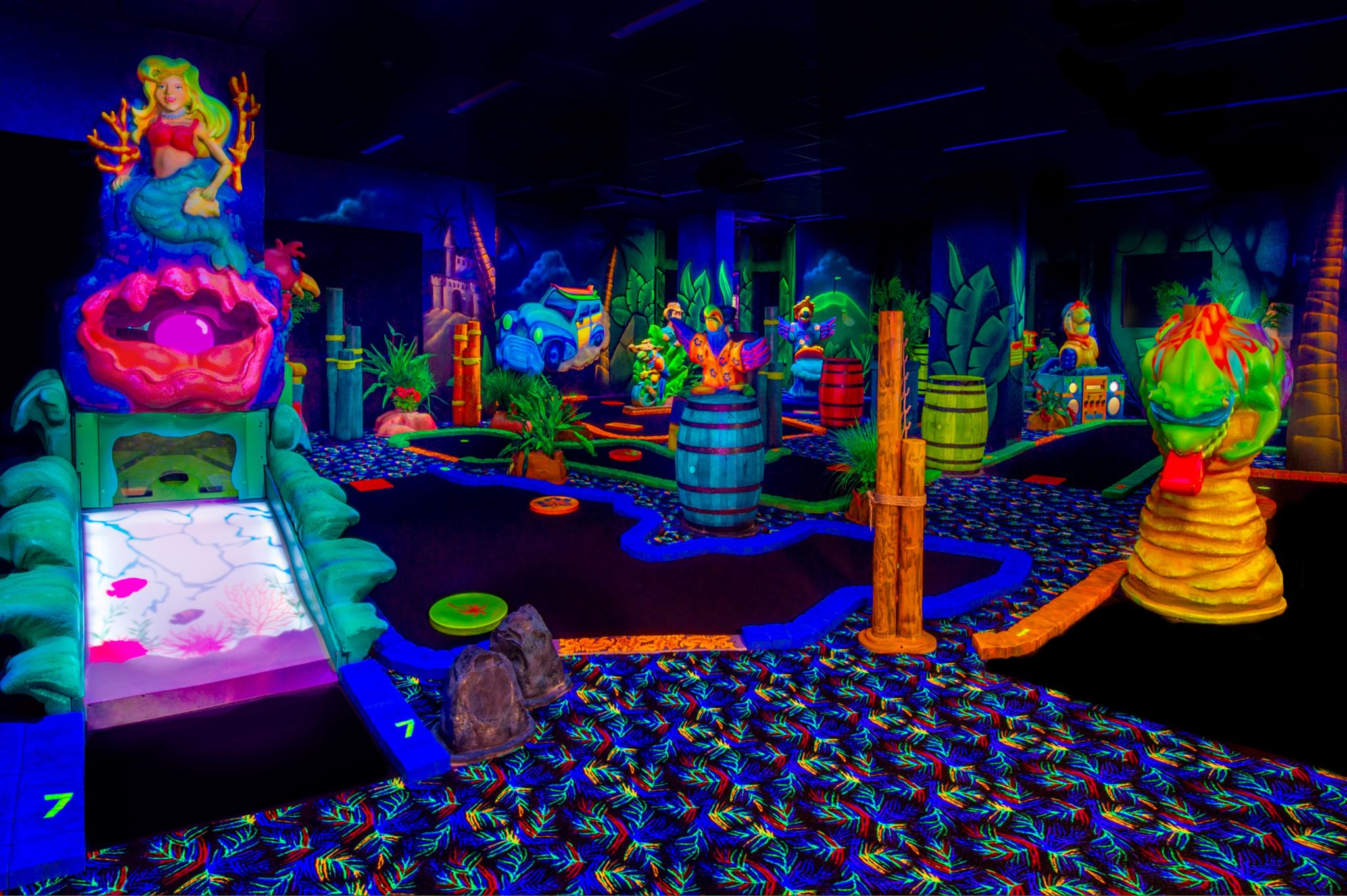 Let the fun begin: In addition to its aquatic options (see Splash City), The Grove keeps the kids entertained with a roster of activities—think tie-dye shirts and tote bag crafts, family trivia, snow cone socials, pool parties, water balloon tossing, slime-time fun and other creative endeavors—scheduled throughout the afternoon. Then there’s Flip Flop’s, a 6,600-square-foot arcade (including ticket-redemption games) that also sports a glow-in-the-dark miniature golf course. All that, plus air hockey, virtual rides and what’s billed as a psychic chicken. 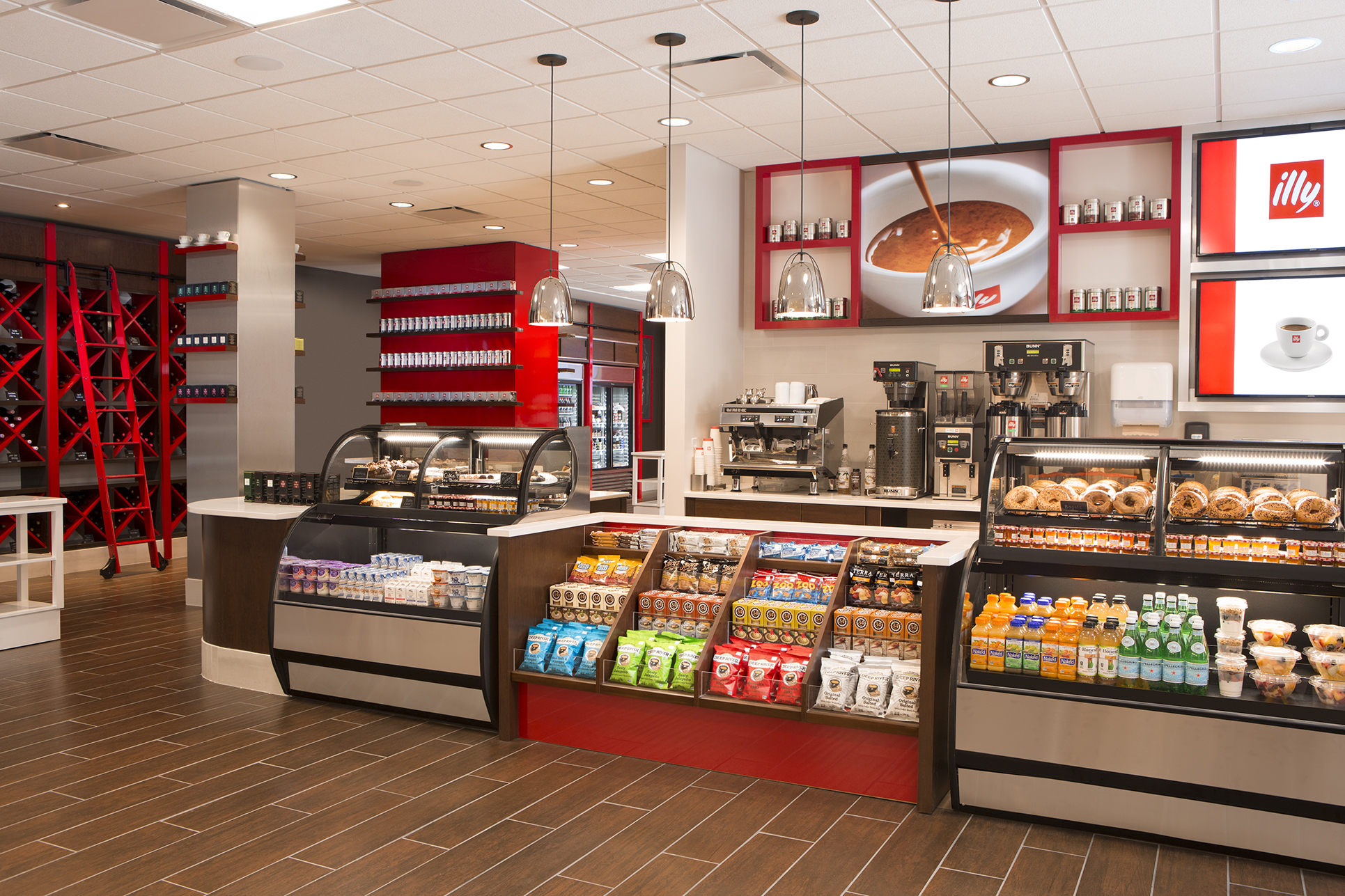 Groceries and goodies: For those who want to put the kitchen to use, The Grove presents an Alfresco Market that feels like a mini Whole Foods. In addition to standard snacks, cereals, canned goods, wine and beer, there are deli delights galore—three-cheese ravioli, teriyaki wings, grilled salmon, stuffed peppers, salads—as well as an Antonio’s Pizza, Illy coffees and espressos, and a gelato stand. Better still, resort patrons can place a grocery or pizza order and have it delivered to their rooms. 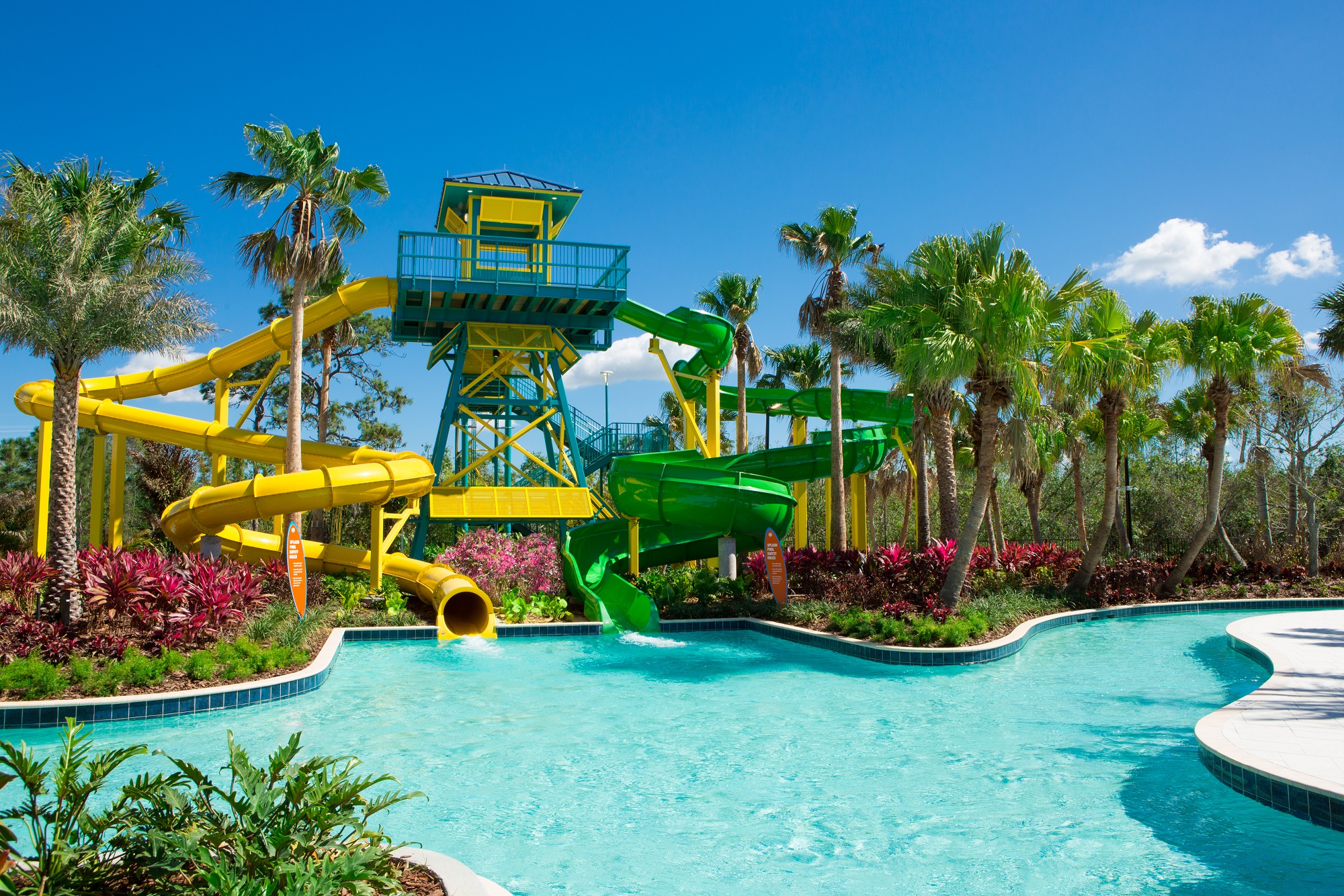 Splash city: It’s not uncommon to see some winding slides at resort pools in Orlando, but The Grove raises the ante in a big way with a full-blown water park. Surfari offers a little something for aquatic adventurers of all ages—a zero-entry pool, two twisting tube slides, 700 feet of lazy river, a kids’ activity pool and its centerpiece, a FlowRider double surf simulator. The Springs, composed of three additional full-sized pools (with an oversized hot tub and children’s splash area), is for more-conventional sun worshipping. It’s also home to dive-in movie nights, where the family is likely to catch a children’s film. 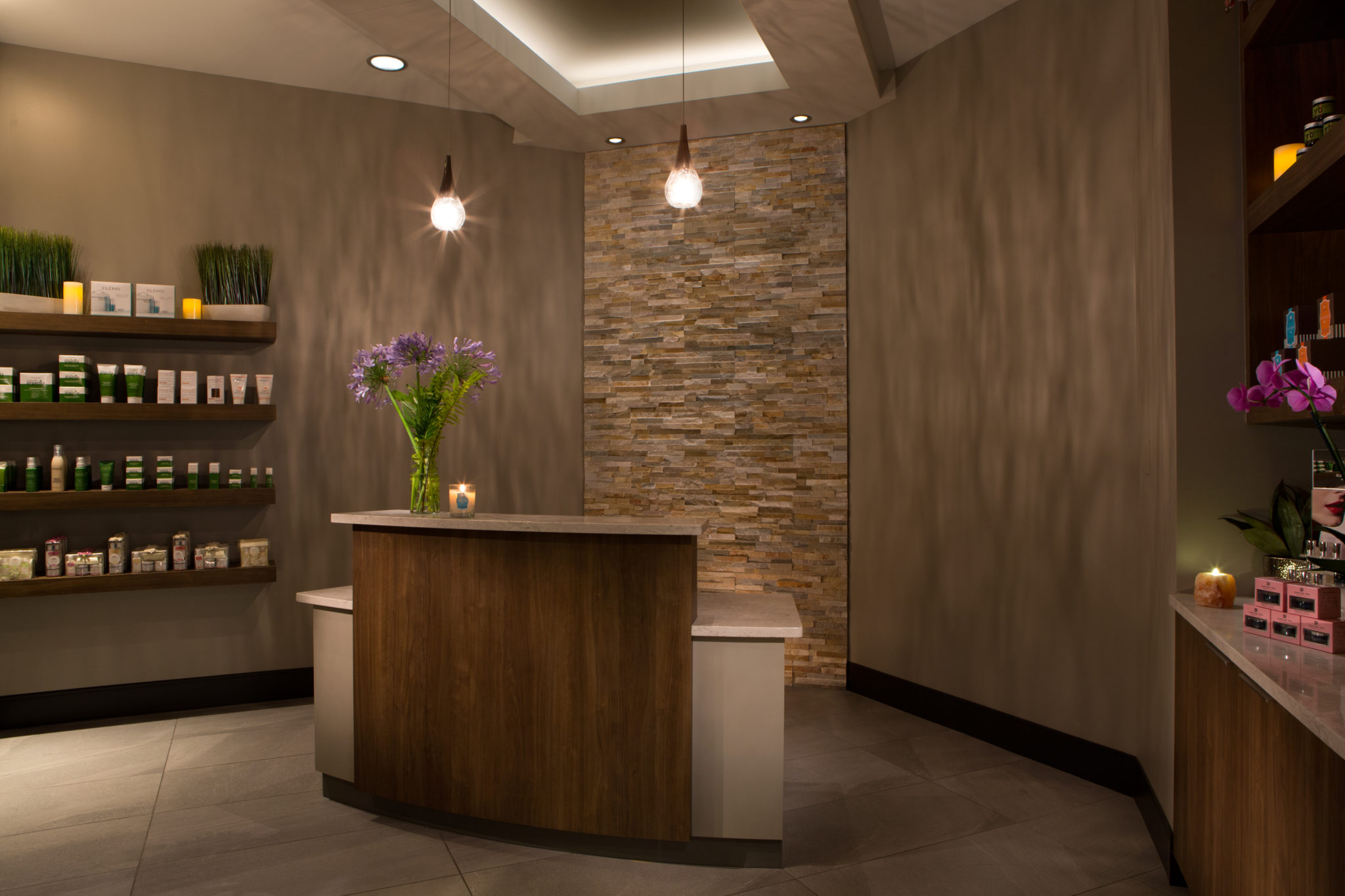 In addition: Escape Spa at The Grove offers a host of facials, massages, manicures and pedicures, and body treatments specific to men, women and even children. … The resort overlooks Lake Austin, which presents its own outdoor possibilities in the form of paddleboats, electric boats, kayaks and guided pontoon tours. Patrons also can rent fishing equipment or enjoy a guided fishing tour. … The 24-hour fitness center includes enough free weights, exercise machines and cardio equipment to work off the previous morning’s breakfast buffet. … The late-night crowd can snag cocktails outside at the Springs Bar & Grill (open until 10 p.m.) and inside at Element (open until 11 p.m.), the resort’s contemporary lounge. … The Grove has complimentary shuttle service to Disney’s transportation center. Customers also can purchase theme park tickets at the concierge desk. … Check out the specials at groveresortorlando.com; those who stay between Aug. 18 and Dec. 19 can get up to a 35-percent discount.