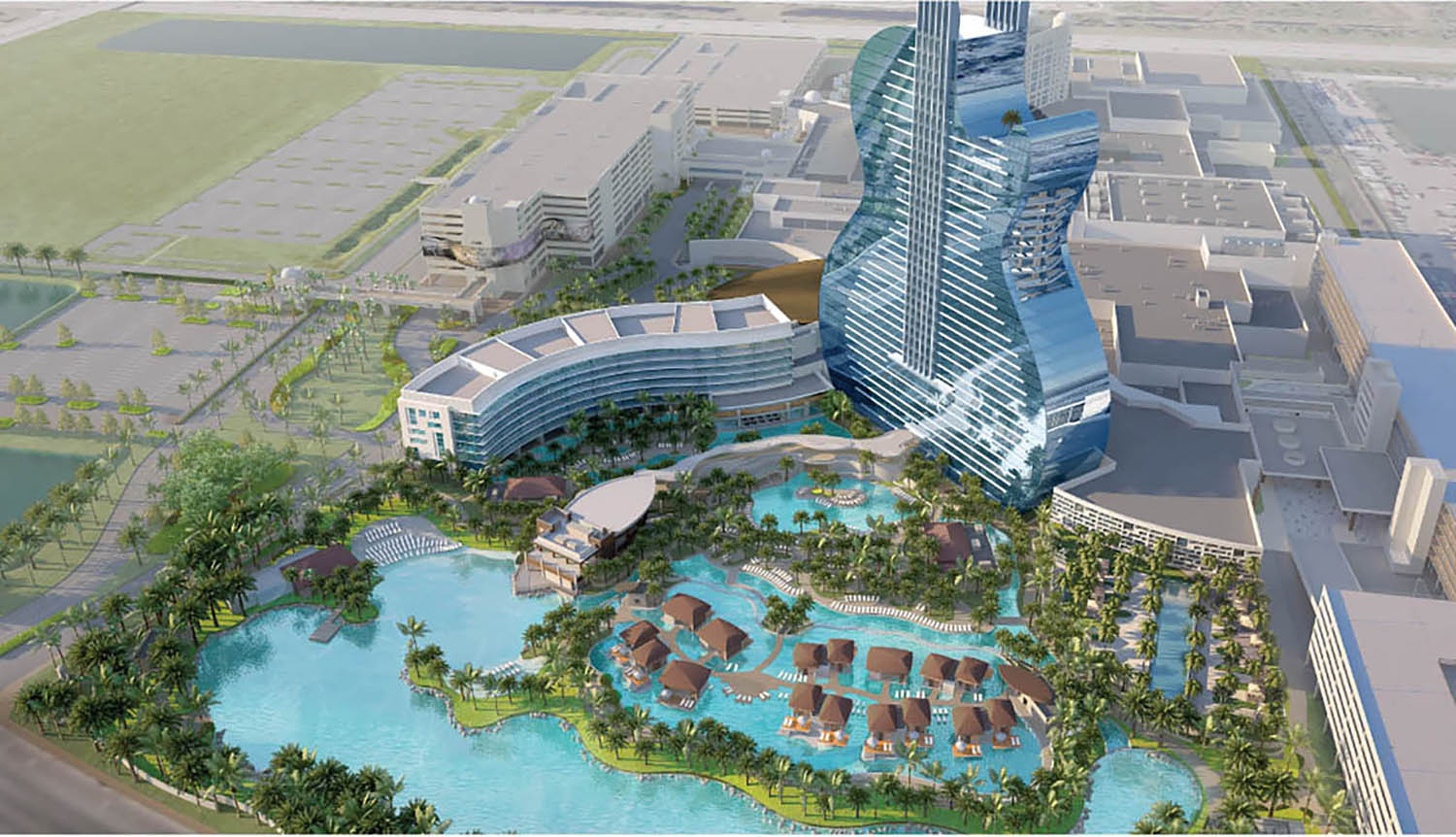 The Shape of Things to Come

Seminole Hard Rock in Hollywood sets a date for the debut of its guitar-shaped hotel and property expansion.

The chairman of the Seminole Tribe of Florida described the project being completed by more than 2,000 construction workers per day at 1 Seminole Way in Hollywood as “something very special for our guests.”

But if the sneak preview connected to the $1.5 billion expansion at Seminole Hard Rock Hotel & Casino is any indication, Chairman Marcellus Osceola’s recent observation may turn out to be the understatement of the year.

One of the more highly anticipated hospitality openings in recent South Florida memory, a re-imagining that includes the debut of the world’s first guitar-shaped hotel tower, is officially set for Oct. 24. As part of a Thursday morning press event, Jim Allen, chairman of Hard Rock International and CEO of Seminole Gaming, also announced that the new state-of-the-art Hard Rock Live will open Oct. 25 with a concert by internationally acclaimed pop band Maroon 5.

With the help of renderings and videos, Allen reviewed some of the many highlights associated with a project that includes renovations to Seminole Hard Rock’s existing spaces. However, all eyes are on the tower shaped like the body of a guitar that already has transformed the local skyline. The Guitar Hotel, which can be seen for miles in any direction, will stand 450 feet tall and feature 638 luxury guestrooms. Standard rooms, which start at 515 square feet, will come with modern furnishings and custom amenities, including 24-hour in-room dining, high-speed Wi-Fi and signature Hard Rock “Sleep Like a Rock” bedding with Egyptian cotton linen. 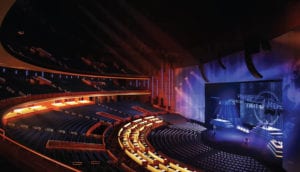 The new Hard Rock Live, which is costing more than $125 million to construct, boasts cutting-edge acoustics and intimate seating that promise to make the 6,500-seat theater a go-to destination for performances and concerts. After striking a partnership with the Nederlander Organization, Hard Rock also will bring top-of-the-line Broadway shows to Hollywood.

The area’s social scene will be heightened with the addition of Daer Nightclub, a premier venue that overlooks the resort’s new pool lagoon. Visitors can look forward to dancing and concert events from some of the top electronic dance music artists.

The hotel’s new 13.5-acre pool lagoon features three different experiences, including a private tropical lagoon-style pool, a beach-themed area and a sprawling water expanse (the equivalent of three football fields in size) that can accommodate paddle boarding, canoeing and other activities. The pool level also features “swim suites,” where guests can walk out of their room onto a balcony area and down a few steps into the lagoon.

A 42,000-square-foot spa with 21 treatment rooms, wet lounges, saunas, dipping pools, a fitness center and more—as well as a new 26,000-square-foot promenade area with retail stores and a glass ceiling—also will be part of the expansion.

Guests can begin booking reservations at the resort on July 24.