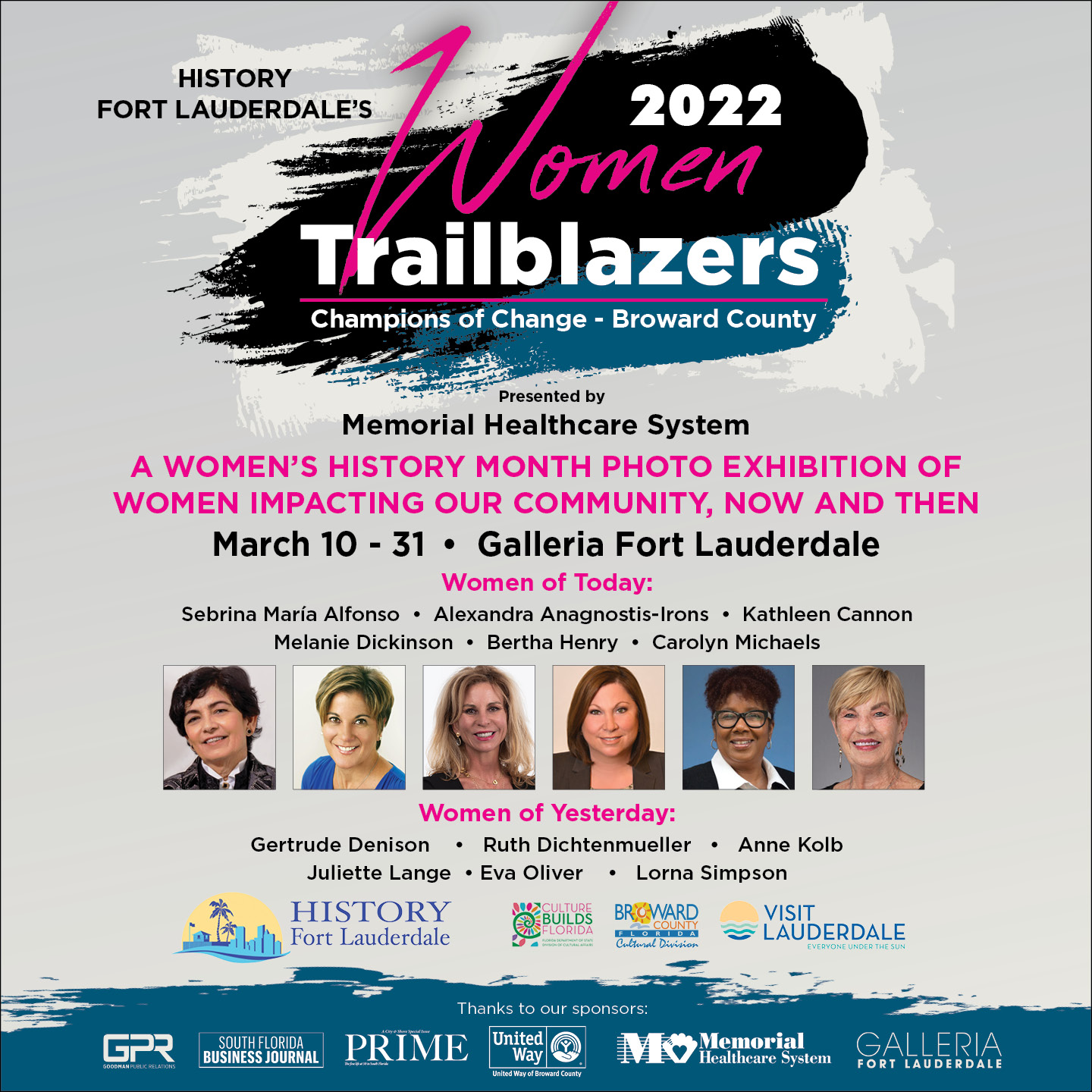 The occasion is presented by Memorial Healthcare System on March 10

Six prominent women will be recognized and honored for their progressive contributions to Broward County at the Opening of Photo Exhibition at Galleria Fort Lauderdale during Women’s History Month.

“South Florida is fortunate to be home to these passionate, driven and community-oriented Women Trailblazers who break boundaries, inspire and serve as role models to all of us,” Patricia Zeiler says, executive director of History Fort Lauderdale. “Once, again, together with Galleria Fort Lauderdale and this year’s generous sponsors, it is an honor to celebrate our female leaders’ creativity and their commitment to building a stronger arts hub, economic engine, philanthropic home and forward-thinking city of the future during Women’s History Month and beyond.”

“Galleria Fort Lauderdale is proud to support History Fort Lauderdale and spotlight these influential women, past and present, who tirelessly champion change and progress,” Melissa Milroy says, senior marketing manager of Galleria Fort Lauderdale. “We hope our shoppers and the community-at-large will join us in celebrating their significant achievements and will take the initiative to learn more about their personal and professional journeys through this engaging photography exhibit.”

As part of the special event, Dillard’s will host a pop-up shop with 10% of its sales benefiting History Fort Lauderdale.

Tickets for the special March 10 recognition ceremony preview honoring the six local women of today are $35 and are available at https://bit.ly/HFLWomenTrailblazers2022. For more information about “Women Trailblazers: Champions of Change – Broward County,” visit historyfortlauderdale.org.