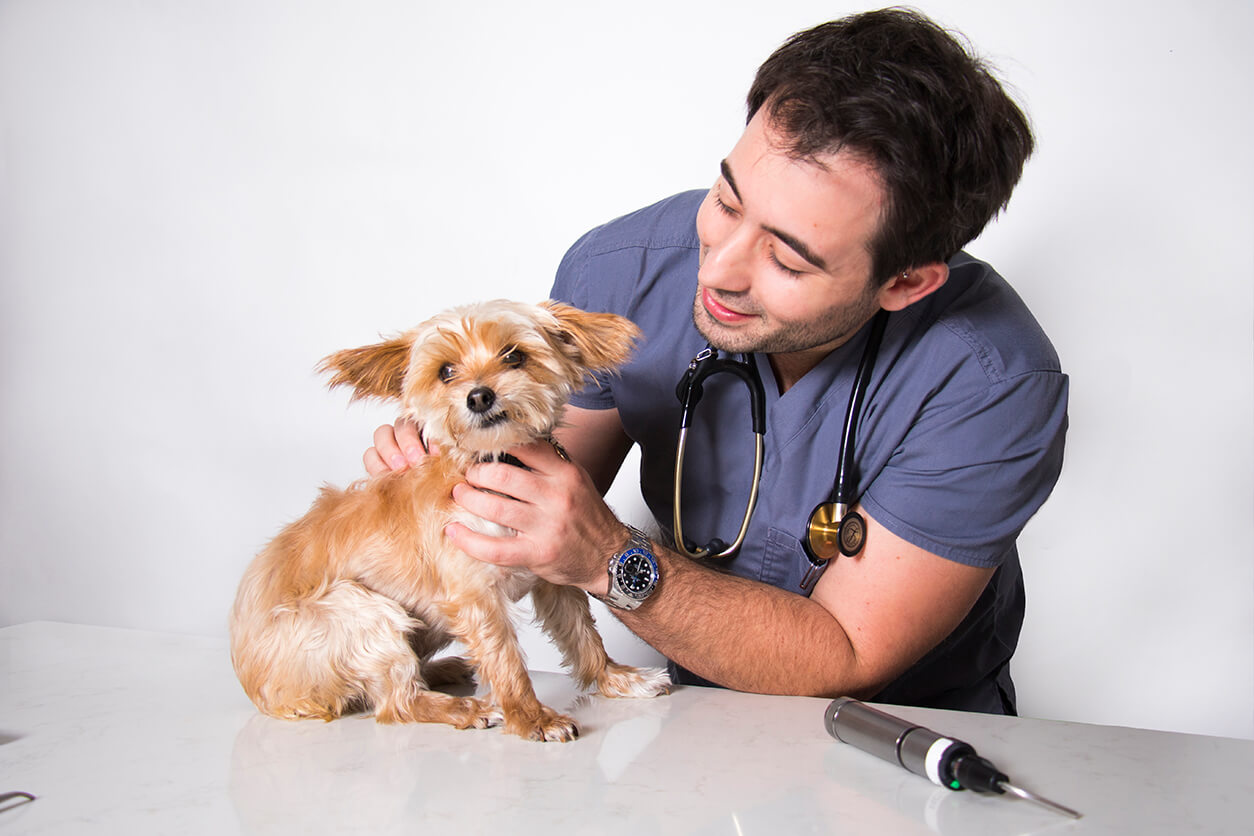 Simon Kornberg remembers his first encounter with a small, light- and dark-colored Jack Russell terrier like it was yesterday. The 10-year-old dog was paralyzed from the neck down.

After an extensive evaluation, the veterinary neurologist discovered the problem. Testing revealed a large benign tumor that was compressing the terrier’s spinal cord. Kornberg’s suggested treatment to the dog’s owner was dangerous, but life-saving—a complex surgery to remove the tumor and restore movement.

“It was difficult because there are so many blood vessels around the spinal cord,” he explains. “Bleeding out is a very serious complication.”

After a four-hour operation, Kornberg successfully removed the tumor. A week later, the terrier was back to normal.

“The dog was carrying a toy and everything,” he says. “You’d never know what happened.”

Kornberg, a Coral Gables resident, is one of approximately 250 veterinary neurologists in the world. He specializes in conditions that affect the brain and spinal cord, such as seizures, slipped disks, vestibular disease and degenerative myelopathy. He is a member of Southeast Veterinary Neurology, a South Florida-based practice with offices in Miami, Fort Lauderdale and Boynton Beach.

Kornberg mainly treats dogs and cats and performs surgery almost daily. “It’s so rewarding to see a dog dragging its legs, and then, within a week’s time, they’re walking on their own out the door,” he says.

Born and reared in Melbourne, Australia, Kornberg always knew he would become a veterinarian.

“I’ve always been someone who needed extra stimulation,” he says. “I liked the idea of specializing in something and pushing the boundaries. I wanted to be at the forefront of my field. … When I finally started looking at what specialty I wanted, I began to think how I’ve always been surrounded by neurology.”

Kornberg’s father is a pediatric neurologist in Melbourne, which inspired and led him to a three-year neurology and neurosurgery residency at Mississippi State University’s College of Veterinary Medicine. At MSU, Kornberg was part of a surgical team that performed a 2½-hour spinal cord decompression involving three cervical vertebrae.

At age 28, immediately after his residency, Kornberg passed the neurology boards, making him one of the world’s youngest veterinary neurologists.

In addition to practicing, Kornberg dedicates time to lecturing to general-practice veterinarians.

“It’s about saving the pet early on,” he says. “If we can prognosticate pets better, they’ll be better off. Sometimes a problem may seem drastic, but the solution is simple.”

While veterinary neurology often is expensive, Kornberg tries to treat as many animals as possible. In addition to treating prescheduled cases, he works with local shelters to rescue and treat dogs and cats with spinal or other neurological injuries.

“Not being able to afford treatment doesn’t mean you don’t love your pet,” he says. “It’s something I have to remind people of a lot. Because the equipment we use is expensive, like MRI machines and other technology, it makes the services expensive, too.”

When Kornberg is not practicing medicine, he plays for Fort Lauderdale’s local Australian football team, the Squids. He competes against teams from around the country and spends a few nights a week training at Central Broward Regional Park for the sport that’s described as a cross between rugby and soccer.

“It’s great because I have a network of expat Aussies who I can hang out with,” he says. “It’s definitely a very different hobby than I thought I would be doing, but it’s really nice to have that aspect of home.”

While he plans to stay in the United States for now, he hopes to take his expertise back to Australia.

“There’s much more of a developed profession here, which is why I ended up in Miami,” he says. “I want to perfect my craft as much as possible and hopefully one day bring it back to Melbourne.”

Though Kornberg says the distance away from his family is tough, he believes it’s worth it.

“Sometimes, I look back and think about how I’m doing something I’ve wanted to do my entire life,” he says, “Standing in surgery, it’s hard to believe these are my hands. I feel so thankful to do what I do, and that’s what gets me up every morning.”