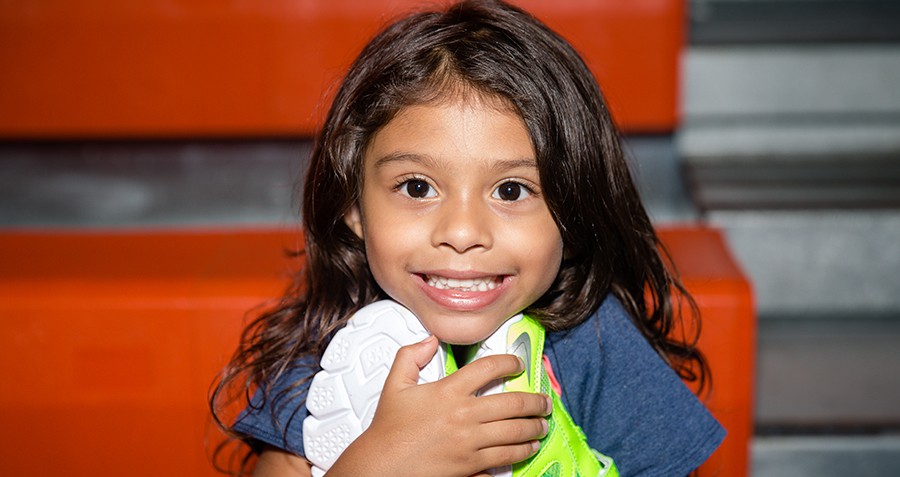 Walking in Their Shoes

One family’s tragedy leads to empowerment for others

“He always treated everyone equally regardless of ability, or whether they were wealthy or not,” she says. “Whoever they were, whatever their status, he always made everyone feel like they fit in.”

When Jacob was killed at age 17 in 2008, during an altercation with another teenager, Zweig said she and her family needed a way to channel their grief. Her husband, Murray, daughter Alicia and son Zachary all “needed a place to take our grief and put it into something that was helping someone else. I know it sounds simple, but it has taken me many years to express this,” she says.

The Jacob S. Zweig Foundation began in 2008. In 2010, In Jacob’s Shoes became its primary focus. The charity grants children in need with new and gently used shoes. It also provides athletic gear and backpacks loaded with school supplies.

“What we are really about is giving [disadvantaged] children in South Florida what they need,” she says.

At its warehouse in Margate, volunteers clean, refurbish and sanitize donated shoes, sneakers and sandals to get them in pristine condition for donation. In Jacob’s Shoes doesn’t distribute shoes directly to children and families but works with various organizations. This eliminates red tape for families. “They don’t have to register with yet another organization,” she says.

In Jacob’s Shoes works with social services groups to identify people who would benefit from a contribution. To make up for shortfalls, In Jacob’s Shoes raises money to buy new footwear.

“Not everyone is aware of it, but one of the barriers for children to attend school is not having the proper supplies, which include clothing and shoes,” Zweig says. She adds the charity not only provides essential needs but also empowers children. “We want everyone who is In Jacob’s Shoes to feel good about themselves.”

“We set up a pop-up shoe store, and our volunteers act as personal shoppers,” Zweig says. “For some of the children, this is the only opportunity they’ll have to ‘shop’ for a pair of shoes. It’s much more than picking out a pair of shoes; it’s an empowering day for them.”