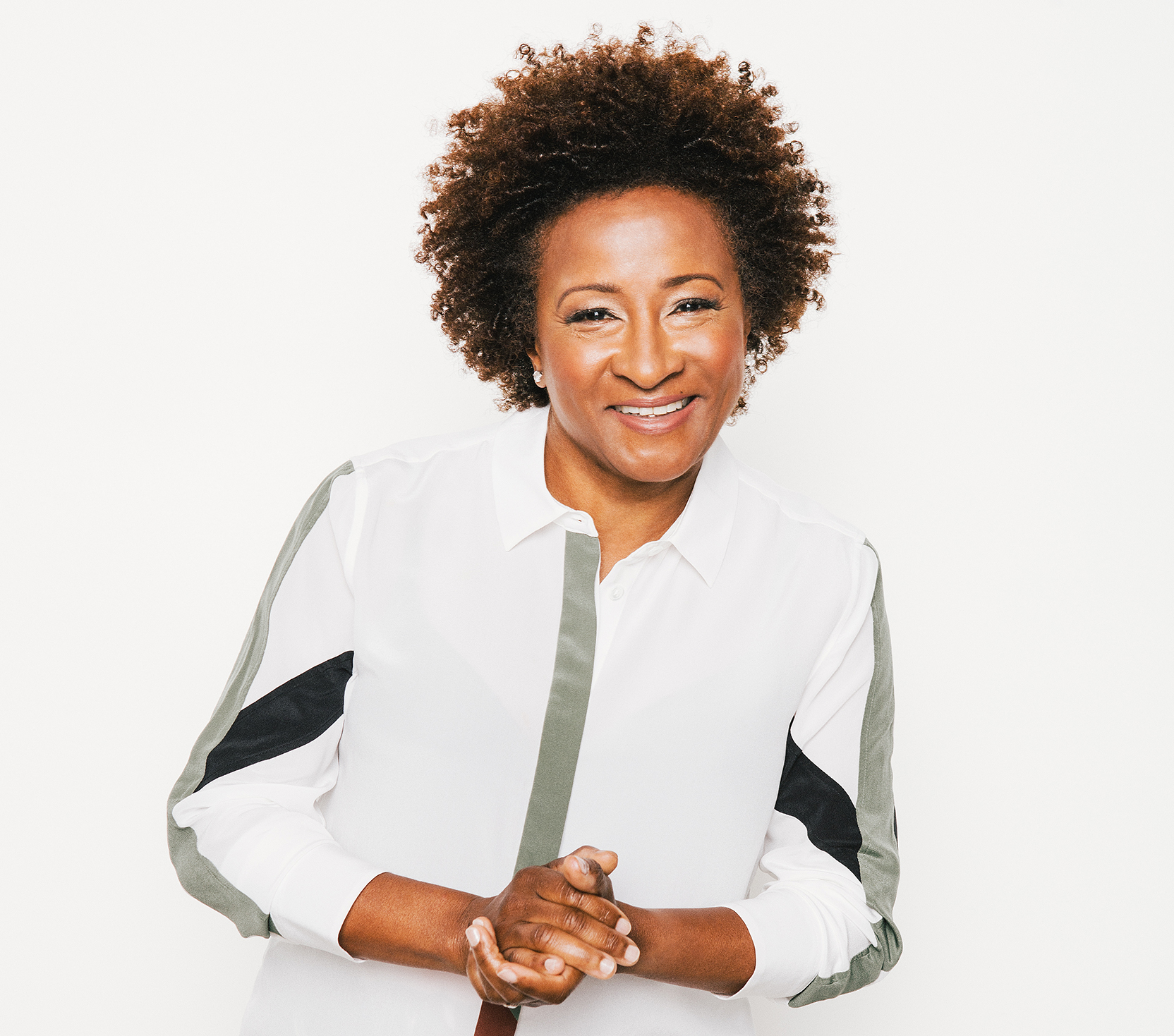 Hearing Wanda Sykes’ take on hot-button issues in her stand-up shows, it’s hard to believe that one of the country’s most popular comics was once tied to a desk job.

Though Sykes says she always loved comedy, her first job out of college was as a contracting specialist for the National Security Agency in Washington D.C., which, as she tells it, actually put her on the comedy path.

“Once you get into government, you pretty much are there for 20, 30 years, and then you can retire. I was looking at it like, ‘No, this is not the path that I would like to be on. I want to try something else,’ ” Sykes says. “Having the security of a government job allowed me to go out and try stand-up.”

Sykes decided to try stand-up after hearing about a comedy talent show on the radio. Today, the 55-year-old is beloved by audiences not just for her riotous takes on race and politics but also for her roles in shows such as “The Chris Rock Show,” “The New Adventures of Old Christine,” “Curb Your Enthusiasm” and “Black-ish.” Her work and personal life also have made history. She was the first black woman and first openly gay comic to perform at the White House Correspondents’ Dinner in 2009.

This month, audiences can hear her distinctive voice in the upcoming animated musical “UglyDolls,” which opens in theaters May 3. She’s also traveling the country on her “Oh Well” tour, which includes a stop May 9 at the Hard Rock Event Center. Ahead of her performance, Lifestyle spoke to Sykes about her upcoming Netflix special and what audiences can expect from her South Florida show.

It’s been 30 years since the start of your career. Today, we think of your delivery, your voice, as so instantly identifiable. What were your early stand-up routines like—and when do you think you really found your voice on stage?

I’m a good joke writer, so I had material. But it wasn’t anything personal. It wasn’t anything about me. It was more Jerry Seinfeld-ish type [comedy]. I think all comics do that. Before you find your voice, you’re pretty much just doing your impersonation of a comic. [You] have the rhythm. [You] know how to construct a joke—but you’re not really saying anything.

At first, [I] was cautious. “Oh, is this person not going to like that?” or “My parents will be upset if I do this.” It wasn’t until [her half-hour Comedy Central special], that I said, “You know what? To hell with it. I want to talk about some stuff.”

As you began working on material for your upcoming Netflix special—your fifth stand-up special—did you find yourself thinking more about how material might play in such a polarized climate?

I think people expect a certain level as far as what I’m going to do on stage. If I went on stage and I wasn’t political, and I didn’t say anything, it would be like the elephant in the room. I think people would be disappointed. “All right, that’s funny, but where’s the meat? Where’s what we want to hear from you?”

It’s what I wanted to do, too. [In the special], I come out of the gate swinging. But it’s not just that—I get to my family. I talk about race. I talk about going through menopause and how that sucks. I’m very proud of this new hour that’s coming out.

Your twins with wife Alex are now 10. Of all your voice work on animated movies and TV cartoons, which character do they most appreciate?

They were really into [her role as] Gregoria in [the Disney Junior network show] “Vampirina.” But now, they’re a little older. My daughter’s like, “Well, you know, that’s a cool show for little kids.” Now they want to watch live action TV shows, which is when we’re like, “Nope.” Some of those kids [in those shows], they’re so bratty and just awful. I’m like, “If you start mimicking this behavior, you are going to be in so much trouble.” It’s like how “Peanuts” got me in trouble when I was a kid. They were awful kids.

Right now, they’re really excited about “UglyDolls.” They so want to see that. Especially my daughter. She loves music and singing, so if something comes out with a lot of music in it, she’s excited about it.

Susie Essman has said that, because of her character on “Curb Your Enthusiasm,” that instead of an autograph, people would ask her to yell at them for an iPhone video. Have you had similar requests from your time on “Curb,” or any other movie or TV roles?

Oh, yeah. Not recently, which I’m so grateful for. When I was on “Curb,” I got that a lot. People would just come up to me and say, “Hey, curse me out!” Or, “Hey, can you yell at me?” Or, “Yell at me like you yell at Larry [David, “Curb” creator].” I’m like, “No, I’m not a crazy woman. What’s wrong with you?” And then I end up yelling at them by getting mad because they asked me to yell at them.

You were awarded GLAAD’s Stephen F. Kolzak Award in 2010, given to media professionals who promote equality. What do you and your wife do to raise your children with a sense of activism?

We really don’t have to do anything. We’re just living our lives. They don’t feel like they’re different. They’re like, “We have two moms, and my friend might have a mom and a dad.” It’s just normal for them, which is what you want them to feel, you know? You don’t want them to feel that something’s wrong. This is just how our family is made up.

You were Emmy-nominated twice for your recurring role in “Black-ish,” known for its head-on approach to the issues that the country grapples with. In the episodes you’ve been in, are there any in which the issues discussed particularly resonated with you?

Definitely that episode, “Lemons” [which aired in January 2017 and dealt with the aftermath of the 2016 presidential election]. That was really so well-written and an important episode. I was just really honored to be involved with the show. Anthony Anderson’s speech—that one got me. And he performed it so well.

What can fans expect when you come to South Florida for your show at the Hard Rock?

Oh, man, I’m going to have so much fun on stage. I’ve been touring, touring, getting this hour together. Now that the hour is already in the can, I’m just having a blast performing. There’s a lot of stuff that didn’t make it into the special. … It’s so much fun being on stage, knowing that what I have is just fire—and also getting to throw in all the other stuff that I didn’t get to do on the special.

What: The actress and comedian riffs on family, culture and politics in her “Oh Well” stand-up tour.