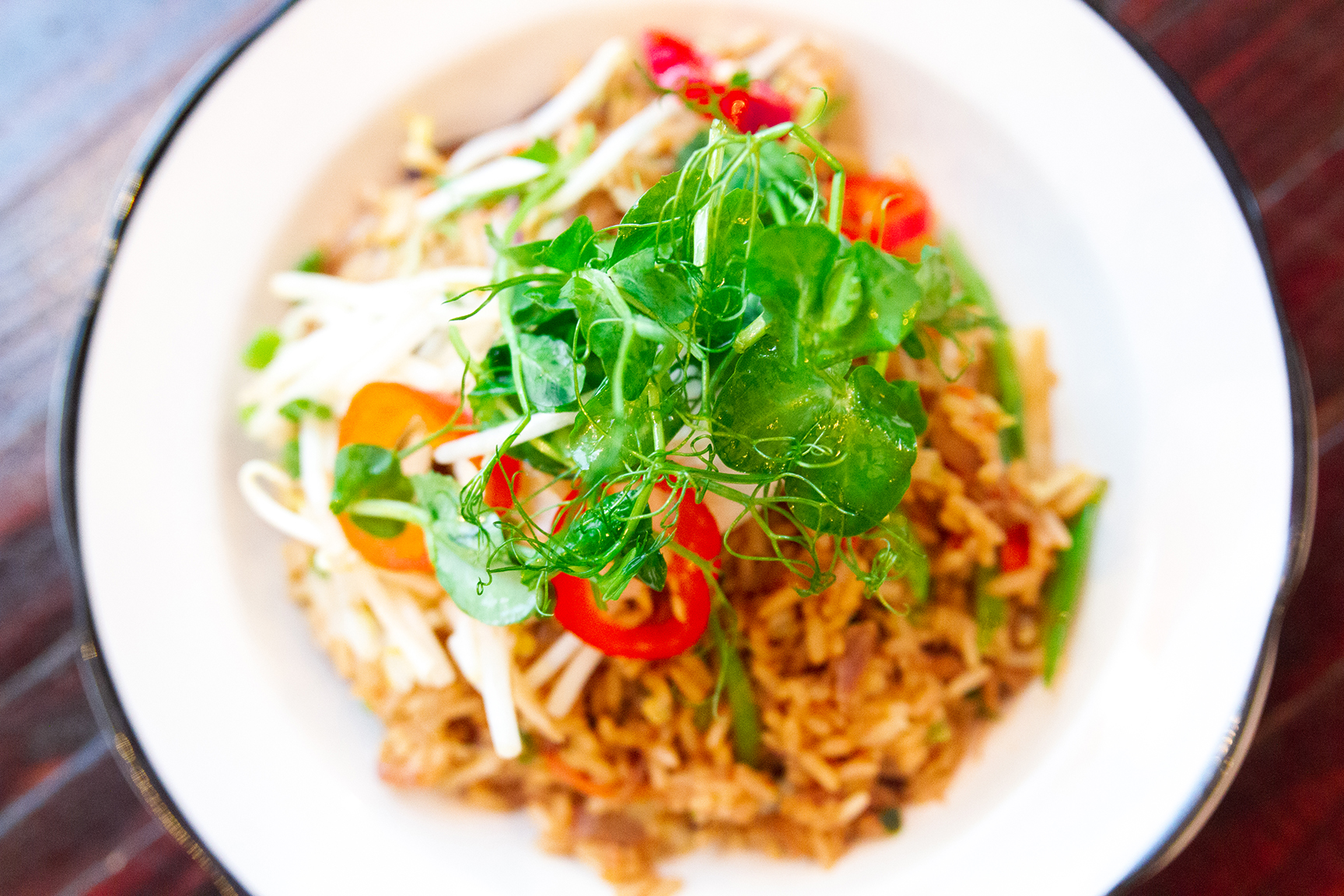 Executive chef Lance Kraebel describes the passion and pride that permeates dishes on Park Tavern’s menu as being “like the way your grandmother would have made it.” Grandma would need to be an Iron Chef to pull off the seamless mix of American comfort offerings and eclectic dishes that make this one of the cornerstones of the Modern Restaurant Group family—and an Atlantic Avenue favorite since its debut in 2011.

Part of the neighborhood charm of Park Tavern is that it’s managed to find the sweet spot between destination dining and rocking bar scene. “A lot of places have one or the other; we have both dialed in pretty well,” says general manager Patrick Branch. Another hallmark: locally sourced ingredients, freshly squeezed juices and house-made cocktail syrups.

On the starters side, surprises abound—including Spanish octopus with avocado emulsion and chorizo; smoked fish dip made with meatier swordfish (better to absorb the smoky flavor); and fried rice offerings that change with the season (the duck fried rice with shiitake mushrooms, poached farm egg and pickled Fresno chiles, pictured on the opposite page, is good through May).

The double-cut Jamaican jerk pork chop, perhaps the most consistent crowd-pleaser, is brined for 24 hours and tossed in a wet jerk marinade that Kraebel created (among its secrets: habanero, soy, garlic, ginger and cinnamon). After a four-hour sous vide, it’s grilled and beautifully complemented by sweet potatoes and Scotch-bonnet mango yogurt (for coating the palate against the heat of the jerk). “It’s such a well-balanced dish,” Kraebel says.

Choices for meat lovers extend well beyond a roster of hearty burgers. Melt-in-your-mouth prime rib is aged for up to 35 days and marinated for 48 hours before being cooked at 200 degrees for two-plus hours. It’s a four-day process for the blue cheese-crusted brisket to reach your plate, between the two-day marinade, an hour of being smoked and the 24-hour sous vide. The mammoth house-rolled tater tots along for the ride are virtually a meal on their own.

The selections of bottled craft beer and aged/private barrel bourbon at Park Tavern rival anything offered at a South Florida restaurant. More than 75 bourbons, including high-end pours like 27-year-old Heaven Hill and 114-proof Michter’s, are available. There’s a similar lengthy menu on the craft beer side, highlighted by a host of top-dollar, barrel-aged imperial stouts. Better still, servers will suggest beers and bourbons that best go with your meal.