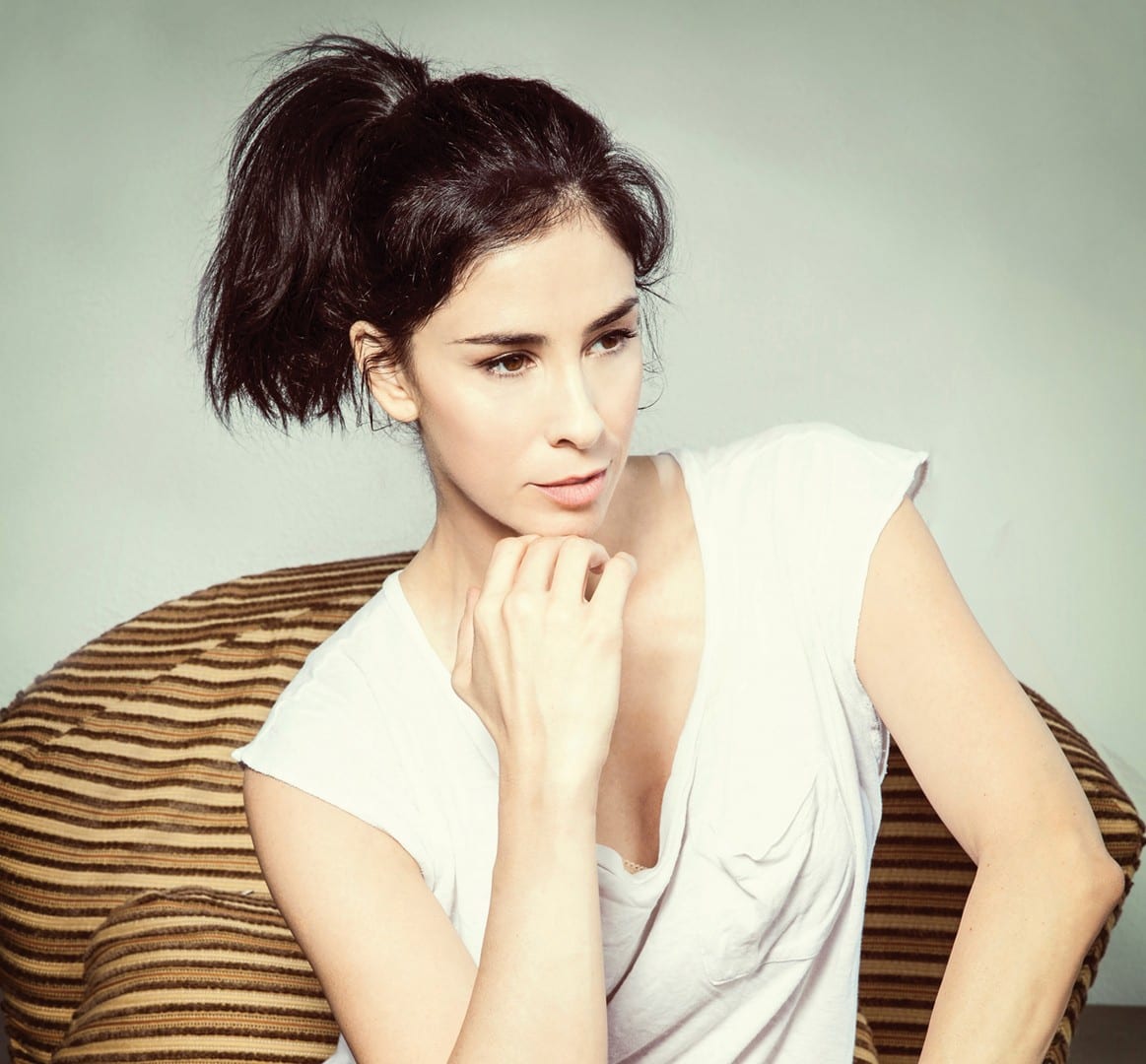 What I Did This Summer

It should have come as no surprise that Sarah Silverman would steal the show at the Democratic National Convention. The Emmy Award-winning comedian has been dropping jaws for nearly 25 years with confrontational, no-holds-barred comedy, all delivered with a pitch-perfect mix of sarcasm and sweetness.

But for all the buzz generated by her off-the-cuff comment at the podium this July in Philadelphia—when the ardent Bernie Sanders supporter told the vocal “Bernie or Bust” contingent, “You’re being ridiculous”—the real life-altering experience for Silverman happened less than a month earlier.

On the eve of her Oct. 15 appearance at Hard Rock Live—her Boca-based father and stepmom “along with 10,000 of their friends” will be at the show—the 45-year-old actress, writer and acclaimed stand-up talks to Lifestyle about the convention, as well as the illness this summer that nearly killed her.
you had emergency surgery in july. What is epiglottitis?

It was an abscess at the top of my epiglottis [blocking] my windpipe. I had a sore throat; I can’t even believe I went to the doctor. He looks at it and goes, “Oh, you’re going to the emergency room right now.” He performed surgery that night. It was risky; like I may not have made it. The abscess is filled with toxic poison, basically, so not even a drop could go down my throat. It was really scary for my loved ones, but I was on drugs, so I wasn’t as scared.

So, due to the medication, you were out of it for about five days?
They couldn’t put me to sleep completely because my blood pressure is too low. So I was just kind of awake and on drugs. They also had to [restrain me]; when you have a breathing tube, and you’re conscious—and you’re on drugs and don’t understand what is happening—you try to pull it out. So they had to tie my hands down. My first thought was that I’d been captured by ISIS.
My sister would [calm me down and say], “Sweetie, you’re OK. You had surgery.” I’d fall asleep, wake up, feel [the restraints]—and the whole thing would repeat again. It was traumatic, but the doctors saved my life.

Is there a risk of this happening again?
It would be really insane if it ever happened again. It was a perfect storm of random bacteria. Looking back, I feel it was somewhere between St. Louis and Kansas City; I was on tour and flying every day. There are a lot of germs that you walk through and touch. I don’t want to scare people into thinking they’re going to die from a sore throat. It was just a rare, odd thing that happened.

After the incident, you wrote on Facebook about the “paralyzing realization” and the “motivating revelation” that nothing matters. What did you mean?
Life is precious, but there’s nothing you can do about it. It can make you paralyzed, or it can make you totally free or fearless. I waver between the two.

You still had your comedy chops, though. Didn’t you draw a picture of a penis for one of your nurses?
Yes, I was drawing [them]. I have no memory of it. Zero. Not that it’s the highest form of comedy. But I like it.

By the time you got to the Democratic Convention, were you still feeling weak?
That was three weeks out of the ICU. I mean, I clean up well; I had a pound of makeup on, and I pulled it together.
What was the scene like inside the arena that night? The crowd, at that point, was quite fired up.
It was total chaos. To a degree, it represents people; to another degree, the people on the floor of conventions tend to be a bit fringe. Yes, there are people who represent every state, and that’s great. It’s also people with big Styrofoam hats covered with pins. The “Bernie or Bust” people are not the majority of people inspired by Bernie Sanders.

When did you realize that “You’re being ridiculous” had become as big as it became?
I guess when I saw how the internet blew up. It’s funny, I spend a few solid days on the speech, and then my five minutes has to be cut to two. And then I finish, and the set-up for Paul Simon’s musicians isn’t ready, so the stage manager goes “Stretch!” You know, it’s not like I had everything I cut out [from the original speech] at the tip of my fingers.
And then I just reacted in the moment to the crowd. Grown people, screaming at each other. I don’t know what they were holding on to. The fundamentalists of any sect, whether political or religious, tend to be extreme. I don’t know what their long game was. Why wouldn’t they vote for Hillary, for Bernie’s sake? For the continuation of this movement?
Bernie is amazing. I would have loved to have him as president. But I don’t feel a loss. I just wish I could have seen him in a cross-party debate. The people who change the world are almost never the president.

Sarah Silverman Live
When: Oct. 15, 8 p.m.
Where: Hard Rock Live at Seminole Hard Rock Hotel & Casino
What: Expect an evening of original material from Silverman, whose career is as hot as ever. In addition to her renowned stand-up work, she continues to impress as an actress, including last year’s lead role in the drama “I Smile Back” and her recurring character on Showtime’s “Masters of Sex.” She can be seen in 2017 with Naomi Watts in “The Book of Henry.”
Contact: Visit ticketmaster.com or call 800.745.3000 for ticket information