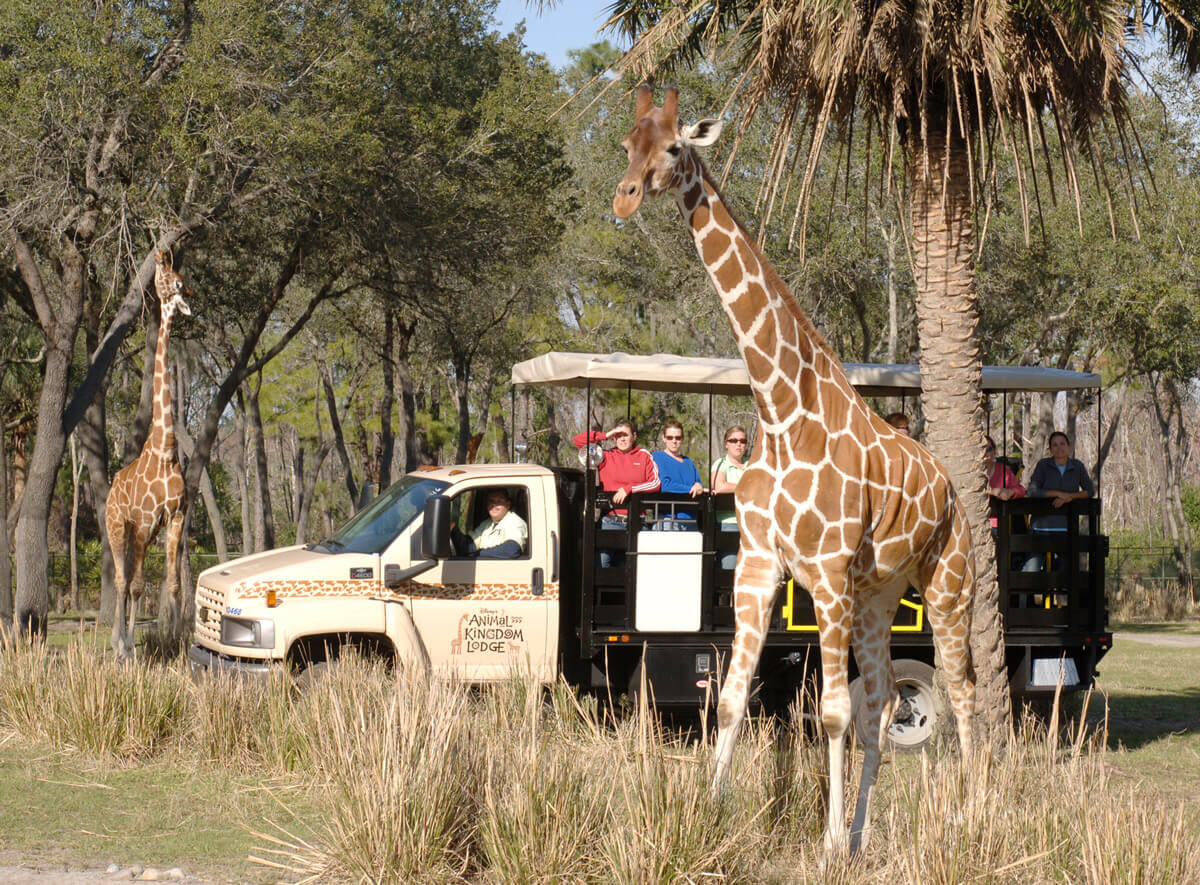 Just when you think Walt Disney World Resort can’t possibly cram more family fun into its 40-something square miles, the world’s most visited theme park destination finds fresh and innovative ways to lure the 50 million-plus visitors who descend on Orlando each year.

This summer is no exception, as Animal Kingdom, Disney Springs and Disney’s Hollywood Studios all celebrate new offerings. Meanwhile, excitement continues to build for an upcoming land that promises to recast Hollywood Studios as one of the must-see destinations this side of the Mississippi.

• Happy Anniversary: In the 20 years since Animal Kingdom debuted, the 500-acre adventure park that is home to some 2,000 creatures has seen its share of milestones. The first animal born on the grounds was a kudu (an African antelope); more recently, the park welcomed Augustus, a newborn Nile hippo that tipped the scales at 168 pounds. The Kingdom’s zoo hospital is one of only two in the United States with on-site computed tomography scanners for immediate diagnoses. And, last year, the debut of Pandora: The World of Avatar—the jaw-dropping 12-acre multisensory world based on the James Cameron movie, raised the park’s profile to new heights. The special effects-laden Avatar Flight of Passage—a simulated flight on a winged predator that soars above and around floating mountains, waterfalls, jungle foliage and countless surprises—already ranks as one of Disney’s crowning achievements. As part of the anniversary celebration, Animal Kingdom also debuted Up! A Great Bird Adventure, a new 25-minute show that features Russell and his dog, Dug, from the hit animated film “Up”—along with some 15 species of birds from around the world.

• Animal House: Animal Kingdom Lodge, Disney World’s African-themed luxury resort that opened in 2001, never ceases to amaze with its on-property savanna that hosts some 200 mammals and exotic birds. In recent years, the lodge has added to that experience by offering the Wanyama Sunset Safari. The reservation-only adventure gives up to 12 visitors the chance to ride through the reserve in an open-air vehicle for early evening encounters with zebras, giraffes, impalas, wildebeests, bongos and much more. Afterward, visitors feast on savory South African cuisine at Jiko: The Cooking Place. The resort also offers Starlight Safaris, complete with night goggles.

• Light Up the Night: The new nightly fireworks celebration at Magic Kingdom—Happily Ever After—makes even the most ambitious Fourth of July display look like two guys lighting sparklers in the backyard. The 18-minute production brings the park to a halt as visitors enjoy scenes from more than 25 Disney films, projected on and around Cinderella’s castle amid spotlights, lasers and fireworks. A 75-piece orchestra produced the accompanying score.

• Step into the Springs: Once known as Downtown Disney, the new-and-improved Disney Springs re-emerged two years ago as a sprawling entertainment/dining/shopping complex—one that shows no signs of resting on its laurels. In addition to the high-end stores (Coach, Kate Spade, Lilly Pulitzer) among its 100-plus retail outlets, the Springs also has raised the bar on its culinary offerings. Recent openings include The Edison (a 1920s-era electric company theme with contemporary American cuisine), Maria & Enzo’s (an Italian trattoria, circa the 1930s, with a Sicilian-inspired menu), Terralina Crafted Italian (from James Beard Award winner Tony Mantuano)—and Wine Bar George, touted as the only wine bar in Florida run by a master sommelier (George Miliotes). Also, don’t miss Enzo’s Hideaway, an underground speakeasy setting with gourmet Italian fare and Prohibition-era cocktails. As a teaser for what’s to come next year at Hollywood Studios, the Springs also welcomes “Star Wars: Secrets of the Empire,” a hyper-reality attraction that transports teams of four to another world as part of a Rebellion reconnaissance mission.

• Say Hi to Sheriff Woody: As part of its ongoing facelift, Hollywood Studios is rolling out Toy Story Land this summer, an 11-acre world themed around the toys in the backyard of Andy, the little boy in the animated film. Attractions include a family-friendly coaster (Slinky Dog Dash), an interstellar saucer ride (Alien Swirling Saucers), and one of those “4-D” ride-and-laser-blast adventures (Toy Story Mania).

• The Force Will Be With Us: The buzz surrounding the debut of Star Wars: Galaxy’s Edge at Hollywood Studios in 2019 is matched only by the 14 acres Disney is dedicating to the experience. Brought to life with the help of Industrial Light & Magic—the visual effects company started by George Lucas, the original “Star Wars” director—expect an ode to the movie series and its characters unlike anything imaginable, including a customized secret mission on the Millennium Falcon. In addition, Disney also will unveil a matching “Star Wars”-themed resort that, through anticipated over-the-top staging and aesthetics, fully immerses patrons “in a galaxy far, far away.”