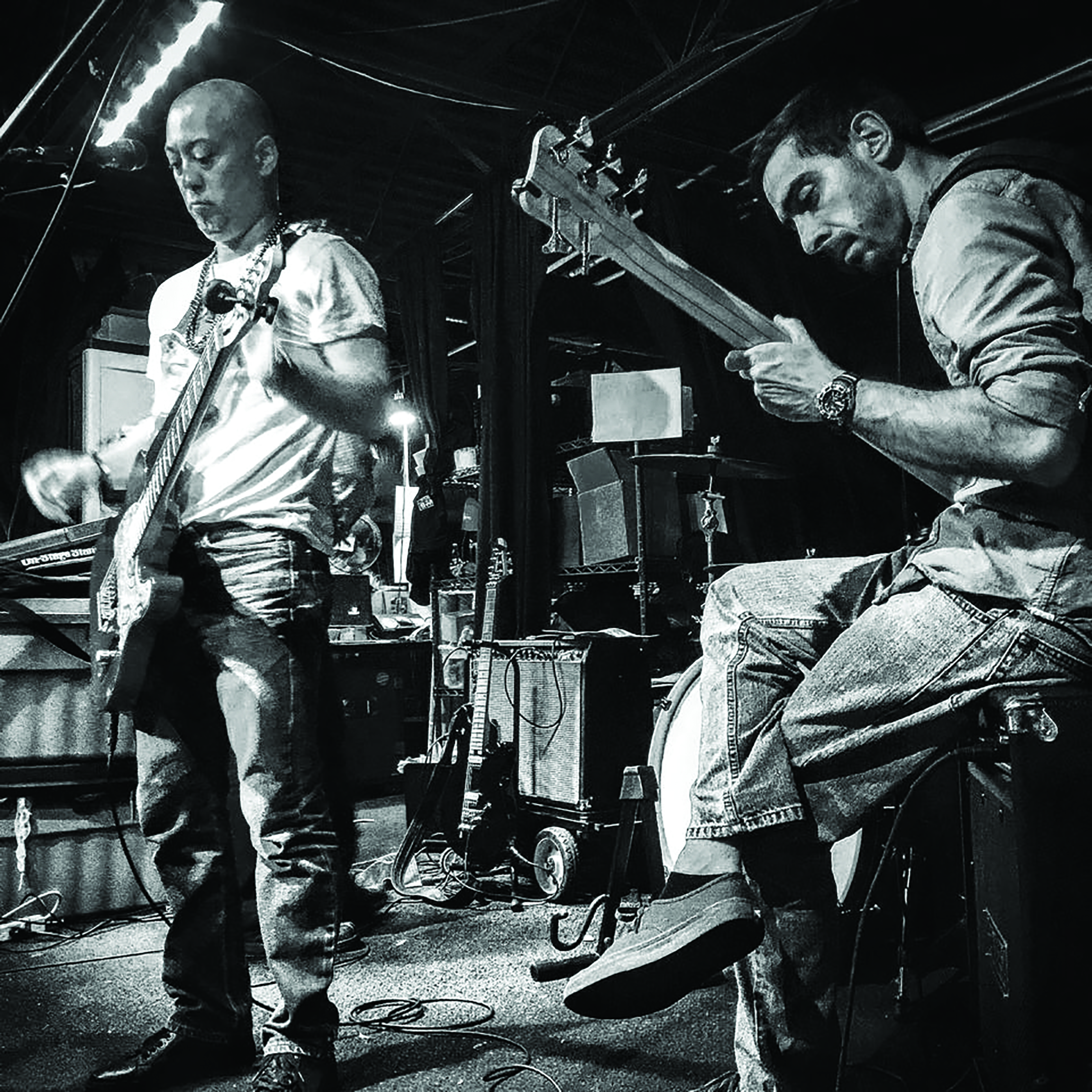 Above: Polaroid performs at World of Beer

On most nights of the week, the array of draft selections and bottled offerings takes center stage at World of Beer. However, on Fridays, the food and beverage menu has to share the marquee.

That’s because the popular restaurant at Promenade at Coconut Creek welcomes a live band on Friday nights, something that World of Beer has been doing for the nearly nine years of its operation.

Live music is not specific to this World of Beer. The Tampa-based franchise, which has more than 20 locations in Florida and dozens more around the country, was founded under the premise that live music would be part of the restaurant’s allure. However, as noted by general manager Holly Mauser, the Creek location is one of the few “old school” World of Beer spots that still hosts local bands. “It gives liveliness to the bar and turns it into a Friday night party,” says Mauser, who’s been with World of Beer for more than seven years. “It’s a better atmosphere for customers ready to start the weekend.”

World of Beer uses talent agency Imagine That to book the bands that perform in Creek. Most of the bands have been performing at the location for years and have established a loyal following. Mauser mentions that customers frequently reserve tables on nights when their favorite bands are performing to ensure the best seat in the house.

Bands such as Ovrhol, Friday at Five and Polaroid—with genres ranging from rock to top 40—are among those that take the stage at World of Beer (live music starts at 9 p.m. and concludes an hour before closing, at 1 a.m.). The interaction between the band and the crowd on a Friday night, Mauser says, is truly special. Though the bands perform on a stage above the main floor of the restaurant, the vocalists use cordless microphones and often walk between the tables while singing.

The crowd itself is “super interactive,” Mauser says, with customers getting out of their seats and dancing in the aisles. “They find their way to a piece of floor and just dance,” she says. The bands are likely to shout out birthdays of customers in the crowd; on one occasion, a band helped to coordinate a proposal.

World of Beer has a variety of drafts (40 on tap) and bottled beers (some 400 from which to choose). The Creek restaurant also serves a full menu of burgers, flatbreads, tacos, salads and more. The happy hour menu, available 3-7 p.m. on weeknights and after 10 p.m. on weekends, offers $5 appetizers, spirits and wine, and $3 and $4 drafts.

The live music at World of Beer isn’t going anywhere, Mauser says. In fact, the Coconut Creek location might expand its music nights to include both Fridays and Saturdays.