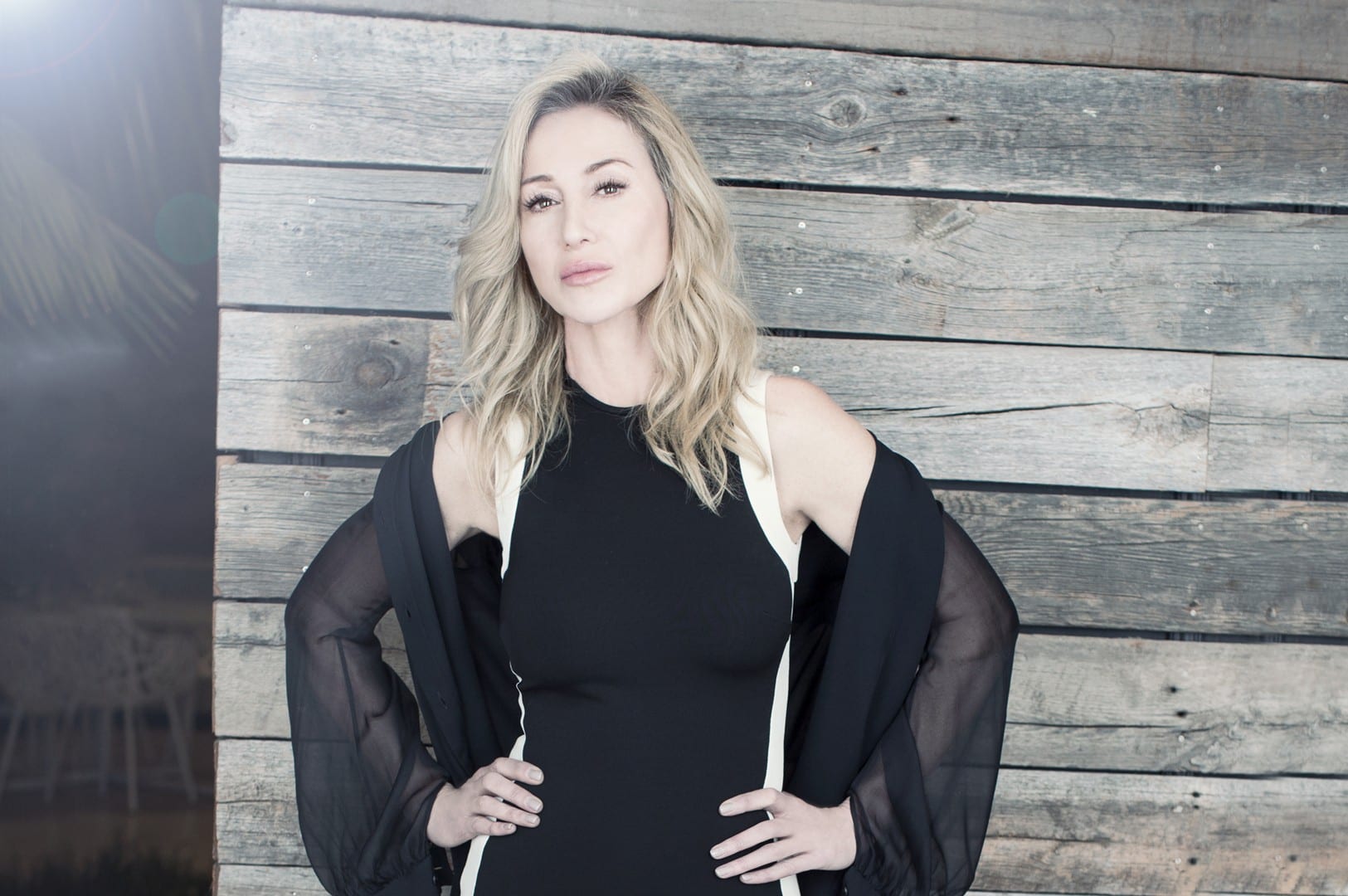 Despite the daylong drizzle that had turned its famed dirt track to mud, Pimlico Race Course, just outside of Baltimore, was abuzz last May 21. A record crowd of more than 135,000 awaited the 141st running of the Preakness Stakes, the second leg in thoroughbred racing’s annual Triple Crown.
Appropriately enough, the honor that day of announcing “Riders up!”—the ceremonial command for jockeys to mount their horses—had fallen to Belinda Stronach, the whip-smart businesswoman who may be the sport’s best bet to re-imagine its potential. It’s a wager that’s shared by more than just horse racing’s hierarchy.

In the minutes before post time at the Preakness, a young employee in a yellow raincoat approached the chairman and president of The Stronach Group, whose portfolio of legendary racing and gaming entities includes Pimlico, Santa Anita Park in Southern California and Gulfstream Park in Hallandale Beach. He thanked her for taking such an interest in the sport. It proves, he told her, “that someone cares about the industry and about our future.”

“For me, that was so meaningful,’” says the 50-year-old daughter of Canadian billionaire Frank Stronach, who founded the global automotive parts company Magna International. “This is truly a stakeholder industry; it means something to the owners, the jockeys, the trainers, the track employees.
“We’re the largest owner and operator of race tracks in North America, and so many people depend on us for their livelihood. It’s really up to us to modernize this sport. And I totally believe that we can do it.”
Smart money says that Stronach has the platform, the background and the savvy to help revitalize a sport in need of a 21st century identity. Last year, a Harris poll revealed that horse racing ranked as the 13th most popular sport among Americans—behind swimming and track. Newsweek reported in a May 2016 story that money wagered on horse racing in the United States dropped to $10.6 billion in 2015, down more than $4.5 billion from 12 years earlier.

“The industry is declining as a whole, and there is consolidation,” says the part-time Sunny Isles Beach resident. “The sport has failed to create a reason for people to want to come back to the track, and it hasn’t invested enough in technology to keep the younger generation engaged.

Stronach, who grew up on a horse farm, has a daughter (Nikki) who rides on the equestrian circuit in Wellington.

“But [The Stronach Group] is growing within a declining industry. What we’re doing is looking at this not just as a racing and gaming company, but as an entertainment company first and foremost. We’re competing for time and attention with football, baseball and other live events. We have to create and curate that compelling customer experience—and horse racing and wagering can be at the core of it. … Right now, the Triple Crown includes marquee races, and then there’s the Breeders’ Cup. But there isn’t much awareness beyond those events for the general public.

Exhibit A is set for Jan. 28 at Gulfstream Park—the inaugural Pegasus World Cup Invitational. Billed as the world’s richest thoroughbred race, surpassing the annual Dubai World Cup and its purse of $10 million, Pegasus is the model for what Stronach envisions as the kind of go-big-or-go-home event that can turn the sport on its ear. In this case, 12 premier stakeholders each ponied up $1 million; the winner of the 1 1/8-mile race (on dirt) will pocket $7 million—but all the stakeholders will share a portion of the handle, as well as money from TV rights (NBC is broadcasting the event) and sponsorship revenue.

Though Stronach credits her father with the race concept, her hands are all over the execution—including the house band that will play throughout the day between races, the embedded celebrities who will appear on the TV broadcast, and the 1950s Cuban-style decor that will adorn one of the venue spaces. “We’re in the process of developing an entire style guide just for Pegasus World Cup,” Stronach says.

“We need to innovate with events such as Pegasus,” says Tim Ritvo, chief operating officer of The Stronach Group. “Events that appeal to existing fans while offering unforgettable experiences for new fans.”

For much of her adult life, Stronach has been in the business of unforgettable experiences, whether running her father’s company for a stretch as CEO of Magna International or serving two terms in Canada’s House of Commons, where the one-time member of the Conservative Party famously crossed the aisle in 2005 to join the Liberals.

Along the way, the Toronto heiress married and divorced twice, raised two children (son Frank, 25; and daughter Nikki, 23, a competitive equestrian who rides on the winter circuit in Wellington; both with first husband Donald Walker), battled breast cancer, donated countless dollars to charities through her namesake foundation, and kept the Canadian press aflutter with a few high-profile romances. As Don Martin, the Canadian TV host who authored Stronach’s 2007 biography, told the Baltimore Sun last May, “If Twitter were around back then, she would have [broken] Twitter [records] regularly.”

All eyes will be on Gulfstream Park this month for the inaugural running of the Pegasus World Cup.

Last year, for the second time, Stronach took over the top spot at a company launched by her father. Like the automotive business, horse racing traditionally is a male-dominated field, but Stronach, who approaches 6 feet tall in heels, has more than earned her racing stripes.

“I used to work summers at Magna, and it was always important for me to earn the trust and respect of my co-workers,” Stronach says. “I didn’t want anyone to think I was just there as the boss’s daughter, or that I was there to go tell secrets. I wanted to be constructive and build solutions, so I worked kind of independently from my father. It was actually the board at Magna that ultimately recommended that I become CEO.

“With The Stronach Group, I think my experience in politics helps me in business. Because this is a stakeholders’ sport, you have to present arguments that offer win-win scenarios to show that, by moving in a certain direction, you’re better off and the industry is better off.”

Though an official decision has yet to be made, Stronach says that there is a good chance the Pegasus World Cup will return to Gulfstream in 2018. The hope is that the model will expand, with different types of high-stakes events (a turf course race, a race for fillies) at other tracks owned by The Stronach Group.

“I truly believe that horse racing is the last great sport that has not modernized,” she says. “It can get there, but it will require the leadership and vision to move the industry in that direction.”