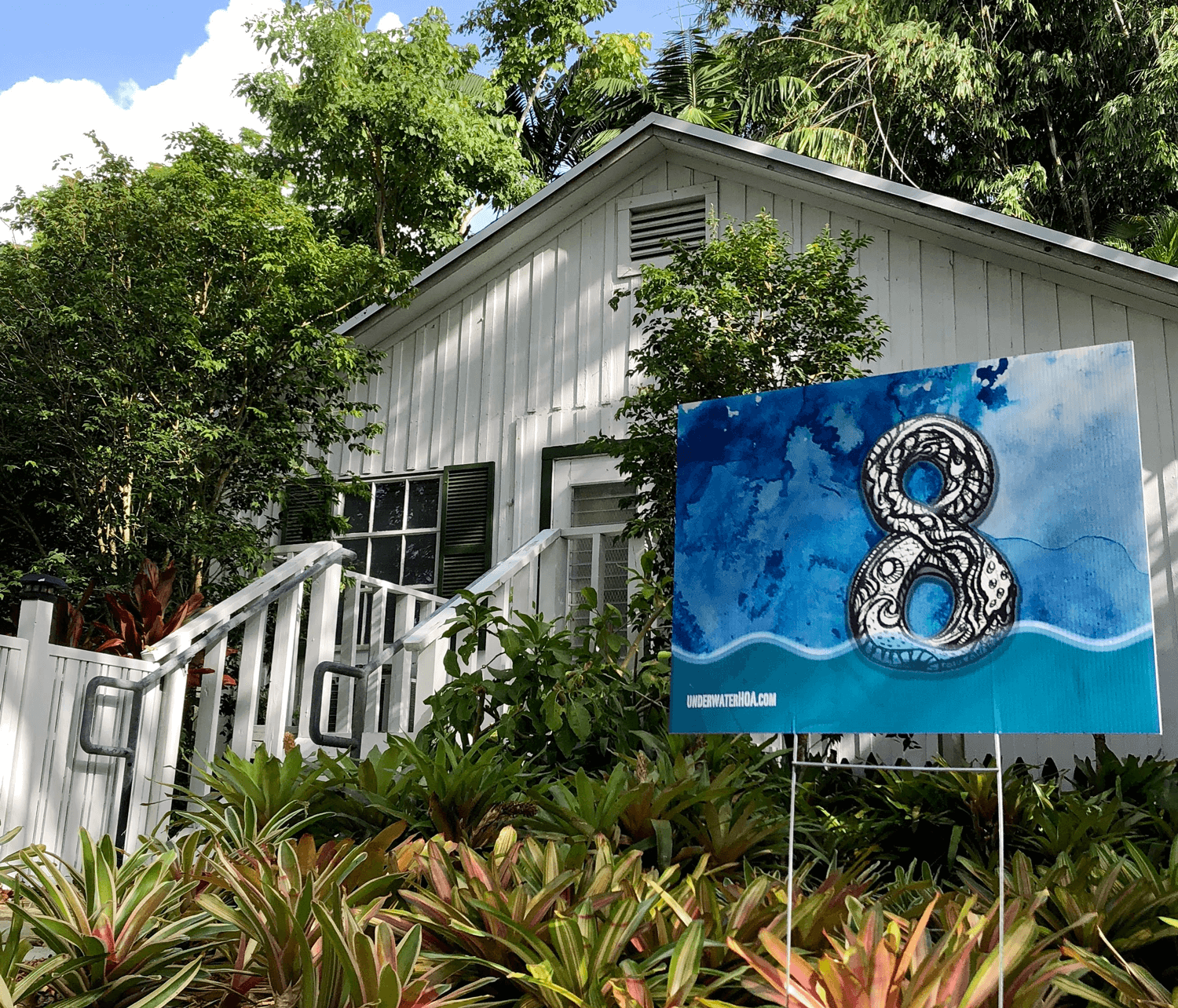 Miami’s Xavier Cortada is a world-renowned multimedia artist using his creative talents and analytical mind to draw awareness to the dangers of climate change. Regardless of medium, his messages are ominous.

As part of Clima, his 2016 multidisciplinary project, he wrote “Do Not Open,” a poem to connect present-day South Florida residents and political refugees with the climate refugees he believes we are destined to become if nothing is done to stop sea-level rise.

We are pioneers and runaway slaves and political refugees making new home.

In a strange place built on water.

But now face our greatest challenge: Water is rising and it won’t recede …

In 25 years, when everyone will accept that the problem is real.

They will listen to us then. They will finally understand.

We will all unite

As Antarctica comes to town.

“I use art as a way of addressing conservation,” says Cortada, artist-in-residence at Pinecrest Gardens. “It’s about moving us forward in a positive way, as opposed to criticizing or attacking. It’s about bringing you in and educating you and talking through a problem.”

“Underwater HOA (Homeowners Association)” is his latest participatory arts project involving 6,000 households in Pinecrest. This December, residents will post a marker on their front lawn indicating the property’s elevation, in feet, above sea level. Ranging from 0 to 17, each number corresponds to the level that melting glacial water must rise before the property is underwater.

“It maps the village so everyone understands which parts are more prone or less prone to sea-level rise,” he says. “ ‘Underwater HOA’ is completely informed by more than a decade of art practice and interaction with the community.”

The majority of the houses are between 4 feet and 13 feet above sea level. Over time, those figures are predicted to change. The Unified Sea Level Rise projection for Southeast Florida is 6 to 10 inches by 2030, according to a 2015 report published by South Florida Regional Climate Change Compact, made up of Broward, Palm Beach, Miami-Dade and Monroe counties. Researchers predict between 11 to 22 inches of additional sea-level rise by 2060, and between 28 and 57 inches by 2100.

Among all U.S. cities, Miami is the most vulnerable to sea-level rise because of the limestone upon which the region is built. The freshwater Biscayne Aquifer sits within this layer of limestone rock and is replenished by rainfall, according to the city of Fort Lauderdale. But the aquifer’s porous and shallow nature makes it susceptible to saltwater intrusion and other contaminants.

“We live on a sponge,” Cortada says. “Whether you’re 4 feet or 11 feet above sea level, saltwater will get into the drinking water. That’s what makes it so difficult. The water comes from beneath your feet.”

While alarming in their prescience, Cortada’s markers are also beautiful; the backdrop is a large print of an original “ice painting” he made in Antarctica.

As a 2006-07 National Science Foundation Antarctic Artists and Writers fellow, he used an unpredictable creative process: For each painting, made on simple graph paper, he covered a chunk of ice with acrylic blue paint, the color elegantly tracing the shape the ice made as it melted. For texture, he added sediment from a dry valley in the Transantarctic Mountains, fixing it with a gel. Through it all, he thought, “I’m standing on ice that’s going to drown my city.”

“Through Xavier’s extraordinary vision, he will use art to make a bold statement, create awareness about sea-level rise and bring the community together in an impactful way,” Corradino says. “The village of Pinecrest is proud to be collaborating on this participatory public art project. We have timed the launch of this project around Art Basel, when the focus of the art world will be on Miami, to bring attention to this important issue.”

South Florida becomes the center of the art world in early December with Art Basel Miami Beach and other fairs on tap. Here are just a few of the more than dozen art events scheduled in and around Miami. Visit the link to Miami and Miami Beach art fairs at art-collecting.com for additional events.

Art Basel Miami Beach (Dec. 6-9): More than 200 of the world’s leading international modern and contemporary galleries will be represented at the annual event at the Miami Beach Convention Center. (artbasel.com/miami-beach)

Miami River Art Fair (Dec. 3-5): The seventh edition of this contemporary art fair will be at the Downtown Miami Convention Center. (miamiriverartfair.com)