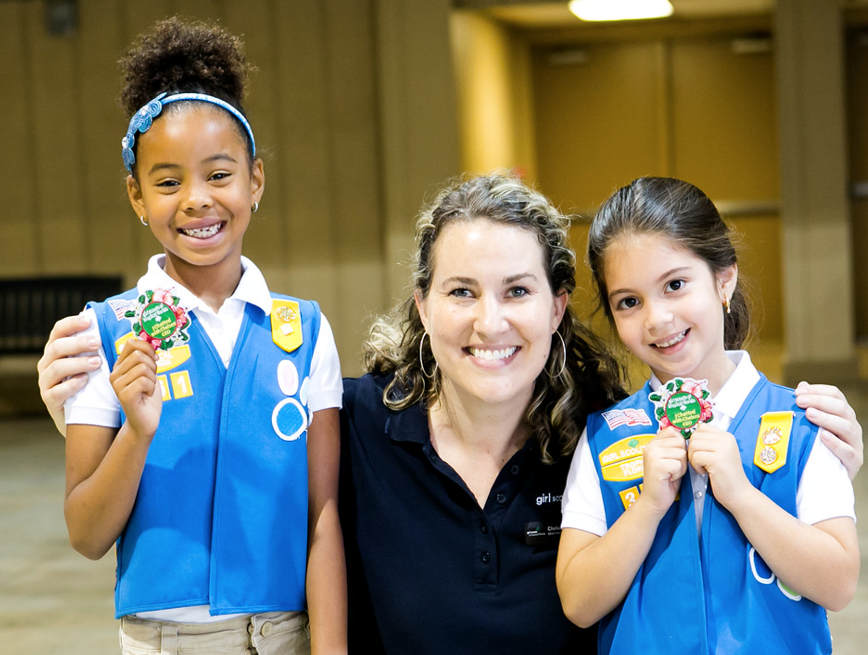 When Chelsea Wilkerson, the CEO of the Girl Scouts of Tropical Florida, is asked to tell a story about one of the 300 troops served by the council—one of seven in Florida—she can’t pick just one.

It’s understandable, given that Wilkerson has witnessed the 3,500 girl members and 2,000 adult members change their communities and their lives. She could talk about a Kendall troop that met with a county commissioner to bring safe well water to their community, or the Scout who started a mangrove restoration project and now wants to pursue environmental engineering. Choosing both, she comes to a conclusion.

Closer to home, she’s seen the impact of Girl Scouts on her own daughter, a sixth-grader and Cadette. Wilkerson herself was a Scout for six months and doesn’t “really count it,” but, today, she sees how her daughter raises money for service projects with her troop and how she decided to run for student council at Palmetto Middle School.

Another success story: This year, for the first time, a Scout from Miami-Dade County earned the Gold Award, the highest achievement in scouting, awarded annually by the national Girl Scout organization to 10 Scouts across the country. Wilkerson traveled to the United Nations to celebrate the awards on the International Day of the Girl with the Scout, who attends Miami Palmetto Senior High School.

“I always say those are the girls that college admission officers are looking at,” Wilkerson says. “They are the go-getters, innovators, risk takers and leaders that we all want to be surrounded by.”

Pinecrest Lifestyle spoke with the Pinecrest resident about what she’s learned from the next generation.

1. What inspired you to work for others?

“I think I would credit my grandmother [the wife of an Idaho potato farmer] for instilling in me, my siblings and my cousins a true appreciation and dedication to service. She was always such a great role model in showing us how, even with very little, you could do a lot—make an impact on other people’s lives. That through serving your community, you can help make things better for others, but also that there’s a great sense of personal satisfaction from helping others and being considerate, kind and thoughtful and following the golden rule. She was a huge influence.”

2. What are your responsibilities as CEO?

“I get to do everything. … We own a number of camps and properties in Miami-Dade and Monroe counties, so property [planning] is a big piece of what I’m working on right now. … We had a 1 percent increase in membership last year, which is very exciting for us. We’re planning to continue to grow our girl membership and our

adult membership across our jurisdiction. My favorite part of my job, of course, is interacting with girls, and I’m so fortunate that I get to interact with girls from Daisies—the kindergarten and first-graders—all the way up through incredible young women.”

3. What have you learned from the Scouts?

“When I look at the girls, and I see their potential and their self-esteem, courage, confidence and character, I have such a great sense of hope and faith that we [are in] really good hands. A lot of times as adults, we just need to get out of our own way and let young people do their thing. This generation gets a bad rap—they’re always on their phones and entitled. For me, it’s quite the opposite. They’re organized, they’re engaged, they care, they’re passionate, and they just need to be given opportunities to shine—and that’s what we do at Girl Scouts.”

4. What are some of the goals you have for the future?

“Recognizing this is our 95th year, we’re really looking forward to 2023, which seems like it’s a little ways out, but … it’s just five years away, when we will be able to commemorate and mark our 100th year in Miami-Dade County. … In the meantime, 2020 is another big year for Girl Scouts in Florida, Miami and the Keys. We’ll be hosting our national convention in Orlando … there will be 10,000 girls from across the United States and the globe coming to Florida. We’re excited about being on the ground level for that, and being one of the organizing councils leading those efforts for the convention.”

5. Women have been at the center of many national conversations, such as the #MeToo movement and other topics. How do these conversations trickle down to the Scouts?

“Our concern is putting the girls at the center of everything they do: having frank conversations with them about some of the challenges they may encounter and helping them find in themselves the tools they will need when they come into those circumstances. … We do have candid conversations with girls about what’s going on. And we’ve put out a number of blog posts talking to girls about things in the national news. But we do it in a nonpartisan way. It’s really about making sure girls have that voice—that they have the courage, confidence and character to express themselves—that they know that their experiences matter and that they will be taken seriously throughout their lives.”