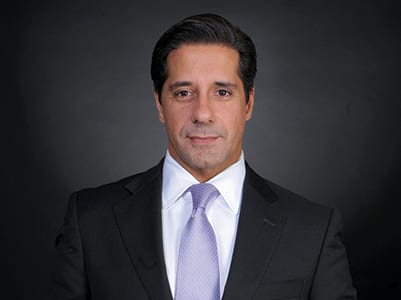 1 You are superintendent of the nation’s fourth-largest school district. What makes Miami-Dade County Public Schools different from other large school districts? Miami-Dade County is a unique sociocultural environment that absorbs new residents from Europe, the Caribbean, Central and South America and all over North America. People come here for freedom, for a chance at a better life and for beautiful weather in a stunning, visual feast of a setting. All of this diversity tends to make our school district culturally richer than many other places.

2 You’ve been superintendent for seven years. How has your role changed during that time? I became superintendent at a time of tremendous upheaval for the school district. One of the first things I encountered was a $158 million budget hole that had to be resolved in a matter of weeks. There was unrest among the district’s workforce, and our school board was not unified in the singular task of increasing student achievement. So my position was very much like the legendary Dutch boy’s – plugging holes in the dike to hold back the tide of troubles we were facing. Seven years later, Miami-Dade has become a leader in educational technology, with student achievement exceeding that of other school districts in the nation. The scope of my work has expanded to where I am able to serve in an advisory capacity at the state and national levels, helping to ease the difficult transitions to national education standards and standardized assessments.

3 What do you like best about your role as superintendent? Being superintendent has helped me meet and tap into many of the fascinating successful individuals who call Miami home. So many top-level people are willing to give their time and talent. Bankers, real estate geniuses, sports figures, actors, musicians and artists who realize that they have something valuable to share with young people all have become involved in our schools; I love to speak with them to discover the part they can play.

4 How did your previous positions with M-DCPS prepare you to run the school district? As public information officer, I learned the benefit of working with the media in getting our message out to the public. My time in grants administration helped me learn where the money comes from, how it can be spent and how to beat the bushes for more when it’s necessary. But ultimately, it was my time as a classroom teacher that gave me the biggest chunk of support for my future. It helped me understand the basics of education and what is needed to help light a spark in students so that they can achieve.

5 You are living the American dream, a shining example for many young people who have emigrated here from other countries. How did you make it to such an important position of responsibility? My positions of responsibility increased over the years because I was able to listen to the needs of my superiors and to earn their trust by helping meet those needs. As their trust grew, my responsibilities grew, which helped me transition into my current position.

6 What is something no one knows about you? My middle name.

7 What is your favorite thing about living in South Florida? A pastelito and a cafecito at Versailles, which always brings the opportunity to interact with caring participants of our vibrant community.