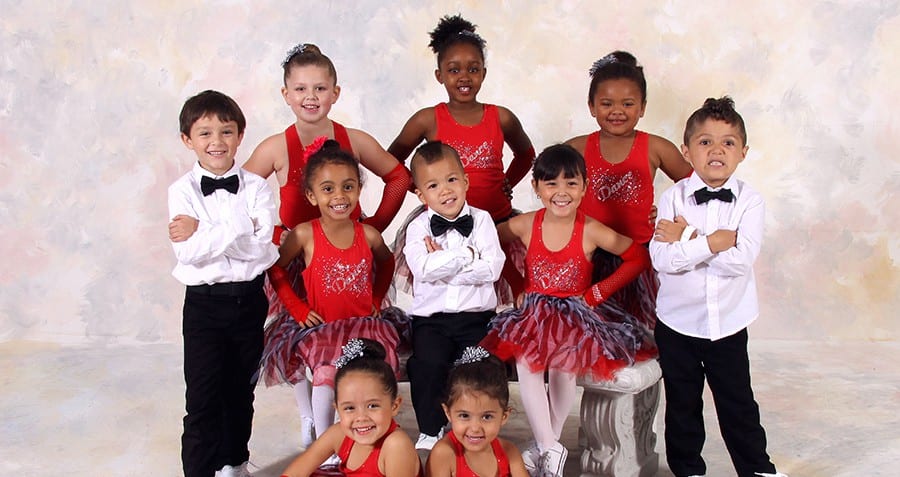 A Chance to Dance

Without dance in her life, Cara Pitch Gregg didn’t feel complete. She grew up dancing—she was a strong tapper who also competed in jazz, ballet, lyrical and musical theater—but stopped after high school to work in hospitality and human resources. In 2008, after a few months teaching tap dance on the side, she was ready for a change.

“I’m so not happy,” she recalls thinking. “I’m going to do something with dance. I have to—it’s my passion. It’s what I do. I’m obsessed with it.”

The Coral Springs resident quit her day job and taught at multiple studios and preschools around South Florida until she was hired by a charter school. With fliers and word of mouth, the venture turned into 5678 Dance, an in-school enrichment program in more than 40 charter and public schools, as well as several preschools. “It’s like a mobile studio,” Pitch Gregg says. “We made it so easy for parents.”

5678 Dance filled what was missing in studio-abundant South Florida, she says. Children ages 2 to 4 could try out dance with little commitment, and students who weren’t interested in competing or training professionally now had a few hours a week to appreciate dance, movement and music with ballet, jazz, tap, hip-hop, musical theater or cheer/tumbling classes.

Every year, 5678 Dance grew by a few more schools, prompting Pitch Gregg to hire more teachers, even an assistant. Now there are more than 500 students and a staff of more than 20. Dancers from all locations come together for an annual recital in the spring, wearing costumes by Pitch Gregg and her team. (Her home garage, the production site for That’s My Tutu, the company she started in 2011 initially to save money, is wall-to-wall tutus and rhinestones.)

As of March, 5678 Dance began offering classes at the Parkland Recreational and Enrichment Center (10561 Trails End). A few weeks later, Pitch Gregg signed a contract to run the center’s entire dance program. “I never wanted to own a studio,” she says, thinking about her home studio in Toronto, where she grew up. “I was my dance teacher’s family.”

Now a mother of two, she imagines training her 3½- and 1-year-old daughters in the new space. It also will serve the friends, family and neighbors who aren’t in the charter school system.

“We started off small,” she says. “We hustled while we waited to grow.”

Pitch Gregg has more plans to expand, but the mission is same. “I’m happy to know people are dancing,” she says. “I want everyone in the world to dance.

For information and prices, visit 5678danceinc.com or email [email protected]

THE KIDS CAN ROCK

What the national music school is about, he says, is kids learning to appreciate music and play in front of a crowd. It’s about understanding and hitting goals just as much as managing and overcoming failure. It’s about viewing music as a team sport. And that, Pelmajer says, is what’s cool.

School of Rock, which is run by professional musicians, is where kids go to learn to play all types of music—rock ’n’ roll, jazz, funk, reggae and more. Its audition-based house band plays extra gigs around the community, such as Parkland’s monthly Eats and Beats event. On Dec. 17, the band performs back-to-back rock concerts at the Parkland Amphitheater, in Pine Trails Park.

Earlier this month, Broadway Bound’s theater students will hit the stage. On Dec. 1 and 2, the Coral Springs children’s theater will perform “Annie” at the Township Theater in Coconut Creek. At Broadway Bound, students learn the art of live theater by performing Broadway-style productions with a band, professional lighting, sets, choreography and costumes.

The local talent continues with the International Ballet Company’s performance of “The Nutcracker” on Dec. 10 and 11 at the Coral Springs Center for the Performing Arts. More than 130 dancers will bring the enchanting holiday tale to life, complete with a classic wintry scene, elegant costumes and fanciful choreography.