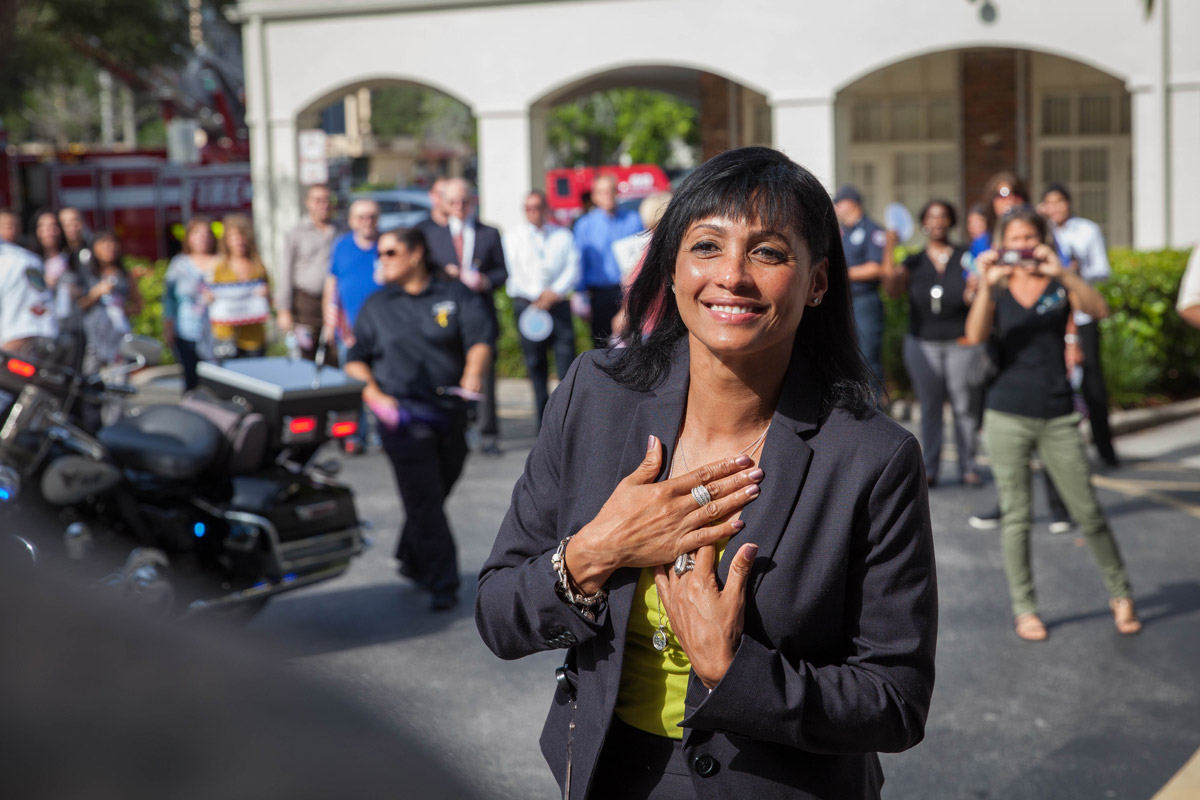 A Dreamer and a Doer

Long before she worked for the city of Coral Springs as its chief economic development officer, Ana Barbosa realized an early aspiration by serving her country. It began with a TV commercial about how the military would pay for education.

“I always was kind of a big dreamer,” says Barbosa, who joined the U.S. Air Force at age 24. “I didn’t have anything in particular, but I wanted to do something better with my life.”

During her 22-year military career, she pursued an undergraduate degree in human resources at Barry University and applied her expertise to both the military and civilian sectors. In 1998, Barbosa moved to South Florida from Massachusetts and became an Air Force reservist. She also served as an education technician for the Army, helping soldiers translate their educations to civilian life.

Experience with both the job agency Workforce One and the Greater Fort Lauderdale Alliance helped establish Barbosa in economic development. She now works primarily within the civilian sector, though she still sees occasional active duty. On Aug. 28, the Sunrise resident and master sergeant returned from her most recent assignment, a six-month deployment in Kuwait for Operation Inherent Resolve, the ongoing military intervention against the Islamic State group.

“It’s the love of what I do that’s kept me there,” she says.

The concept of government service is not foreign for Barbosa. Her father worked for the Republic of Angola, her family’s home country, helping citizens during a civil war before they themselves became political refugees. They came to the U.S. from Portugal, setting up a new life in Boston.

“I’ve been the type of person that loves any type of challenge—I’m very ambitious,” Barbosa says. “If I get something in my head, I think, ‘I can do that.’”

Today, she applies that dedication to helping Coral Springs thrive. She’s been the chief economic development officer for more than 2½ years, using her skills to keep businesses local, help them grow and recruit new ones.

“I’m bought and sold on South Florida,” Barbosa says. “I believe in who we are. … We have an amazing work force, great education, and people here love their community.”