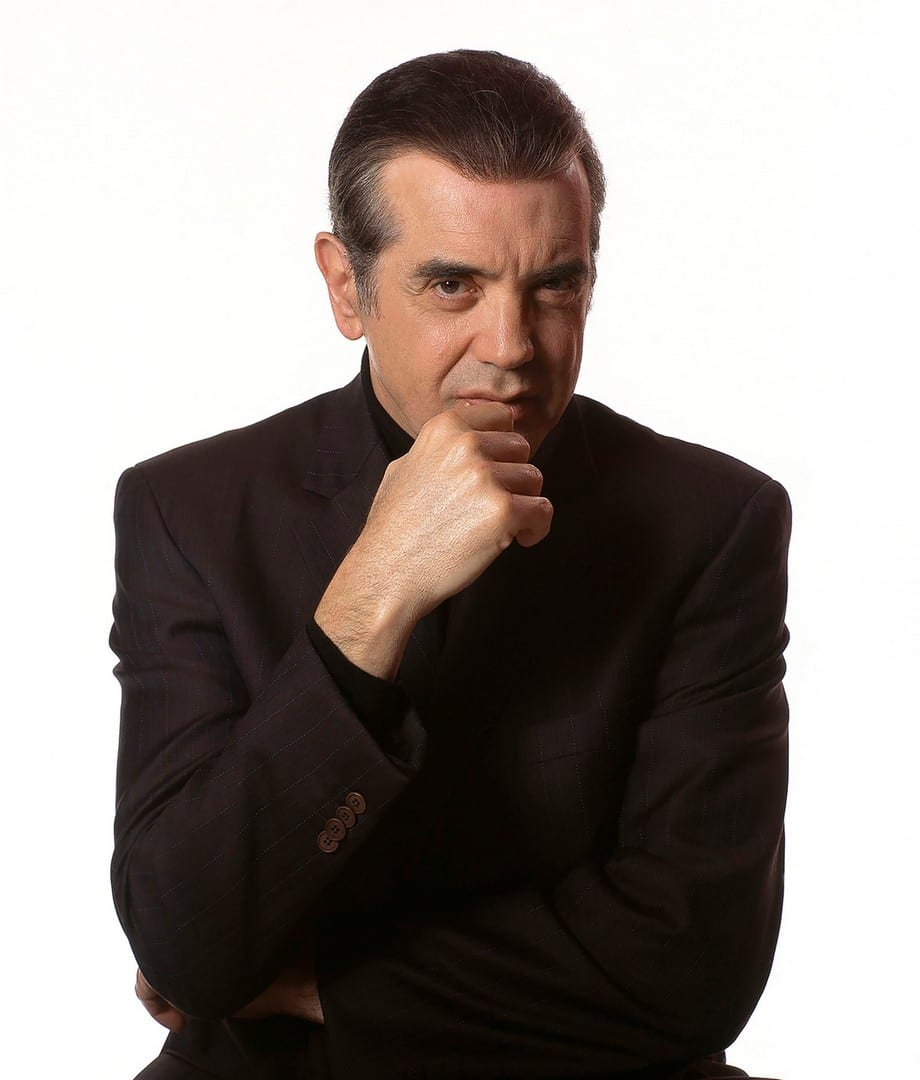 A Story for the Ages

In the nearly 30 years since Chazz Palminteri wrote and performed “A Bronx Tale” as a one-man show in Los Angeles, the semi-autobiographical tale about an Italian-American boy (Calogero) caught between the working-class values espoused by his father (Lorenzo) and the allure of organized crime embodied by the neighborhood mob boss (Sonny) has taken on a life of its own.

The play that Robert De Niro called “the greatest one-man show” he had ever seen during its off-Broadway run in the late 1980s became a 1993 film that co-starred Palminteri (who wrote the screenplay) as Sonny, as well as De Niro, who played Lorenzo and made his directorial debut. Ten years ago, the Bronx-born Palminteri revisited the one-man show, including a hit run on Broadway followed by a national tour. Today, “A Bronx Tale” is back on Broadway—this time as a popular musical at the Longacre Theatre.

Though fans know him for his film work in “The Usual Suspects,” “Analyze This,” “Bullets Over Broadway,” and, recently, for his guest-starring turns on TV’s “Modern Family,” the 64-year-old Palminteri says “A Bronx Tale” holds a special place for him.

“I still love doing the one-man show,” he says. “I just can’t perform it in New York now because I’d be competing against myself.”

However, he will be performing it later this month at Seminole Casino Coconut Creek. Palminteri spoke to Lifestyle about the story that launched his career.

As the legend goes, you started writing “A Bronx Tale” after being fired as a doorman. Were you at a point in the 1980s when you considered giving up on a career as an actor?

I wasn’t sure whether to go back to New York or stay in Los Angeles, so that was on my mind. But I was never going to give up. I thought, “If they won’t give me a great part, then I’ll write one myself.” And then I’ll do a one-man show. This way, they have to notice me.

I always thought about the killing that I saw as a kid (which became a plot point in the play), and my relationship with the wise guys; I thought about my father always telling me to do the right thing. It felt like that would make a good story.

When you started writing the play, did the message come out of the characters or did you start with a core message that you wanted to develop?

I started out just writing my story. My father is the one who said, “Don’t waste your life.” The unique thing is that Sonny had the same message for me as my father. Sonny knew what the streets could do to a person.

This is me looking back at it as an older man now, but I think I was Sonny’s penance in life. If he could do one good thing, he wanted to keep me straight. He liked me. He knew I would never rat on him. He also saw I wasn’t a bad kid; I talked about writing and acting, I read books. I was a gentle soul, and he knew I was different.

Why do you think “A Bronx Tale” still resonates with people?

Sometimes, you write something, and it’s lightning in a bottle. I wrote this story from my heart. Did I know all of this was going to happen? Of course not. The amazing thing is that it’s not just a hit here in the States. It’s a huge hit in Europe and—you won’t believe this—Japan. They love it there. I even licensed it for a person to do it in French and perform it in Paris.

The people who come to see it range [in age] from 12 to 90. I see a lot of parents bringing their children. I think that’s because the essence of “A Bronx Tale” speaks to the choices you make and how that will shape your life forever.

What is our fascination with stories that involve the mob?

The essence of every great story is good and evil, so it’s weird how a guy in the mob can be a stone-cold killer one minute, but then he’s like, “Did my daughter get home from school yet?” He’s suddenly this caring father. At the same time, he also can be funny. And vulnerable. It’s like a different code, and that’s what fascinates us. Anything can happen at any moment.

Think about it. If you were friends with the president, you’d feel special: “Wow, I have the president’s ear.” In a small neighborhood, you might have the mob boss’s ear. The boss likes you. He gives you things. He treats you differently. It’s intoxicating in a way.

That’s also the danger. Absolute power corrupts absolutely. “A Bronx Tale” has all these themes. Sonny lived by the sword. And in the end, he got killed by the son of the man that he killed. There is a price that you pay.

But, yes, people can’t get enough of it.

You’ve always seemed to embrace the tough-guy character. Did you ever have issues with being typecast?

I don’t worry about being typecast. I’ve been in about 60 movies, and I’ve played a lot of different parts. It’s just that the more iconic ones are the wise guys. As long as they’re three-dimensional characters, I’m fine. I wouldn’t play a wise guy who was a buffoon or just a thug. In “Bullets,” Cheech was a genius playwright along with being a killer. Sonny in “A Bronx Tale” was a made guy, but he was also funny and knowledgeable and well-read. If there’s something that’s unique to that character, I’ll play it.

Did your father have a chance see the play and the movie?

My dad passed away about seven years ago at age 90. My mom is still alive; she’s 97 now.

My father loved the play. He loved the movie. He was there when I was nominated for an Academy Award (best supporting actor for the 1994 Woody Allen film, “Bullets Over Broadway”). So he saw all my success.

He always used to say to me, “Well, son, you didn’t waste your talent.”