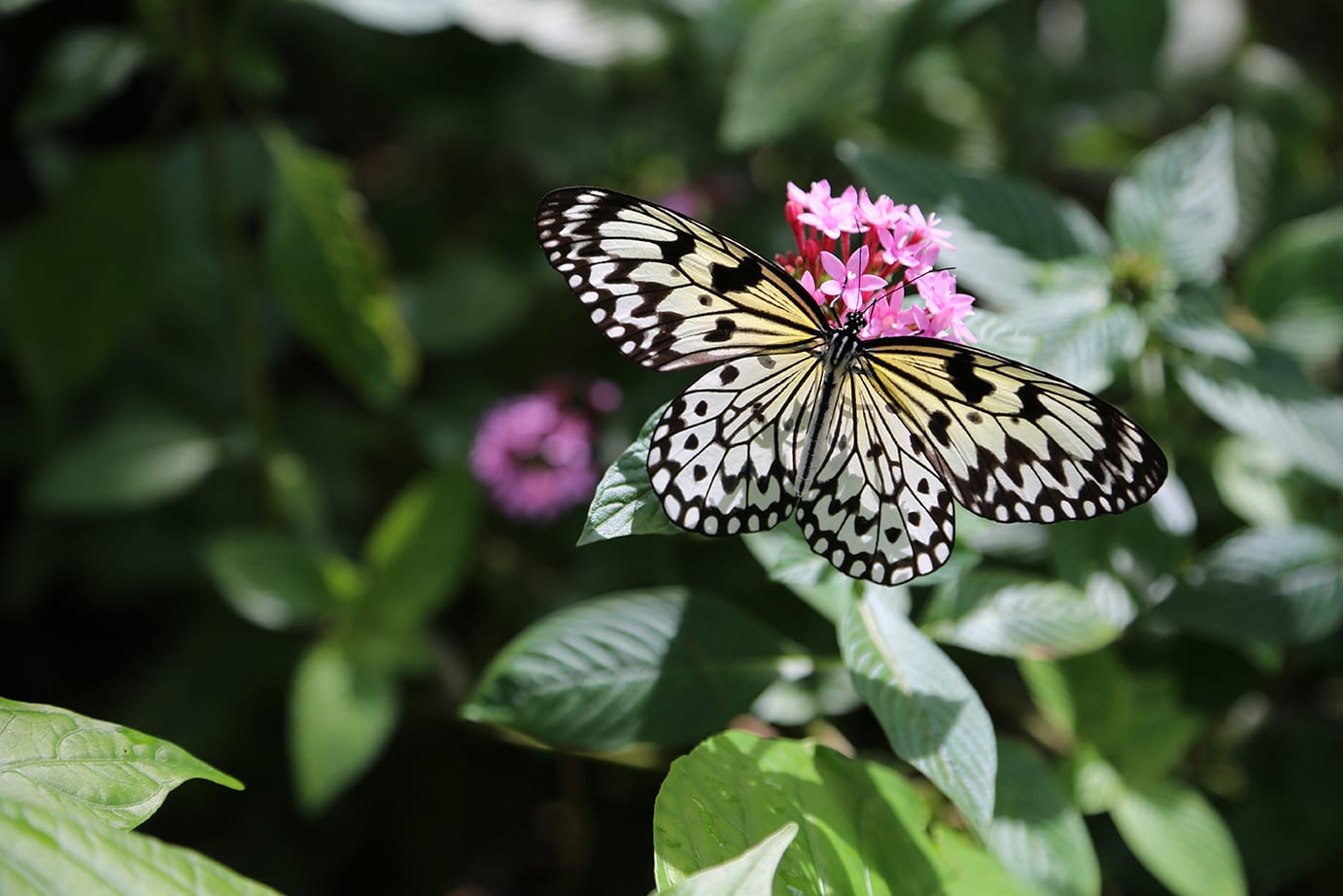 A World of Wonder

“When we rode through the Everglades,” she recalls, “the station wagon would come to a screeching halt because he saw a moth or a spider on a pole and we had to collect it.”

Though an electrical engineer by trade, Boender was fascinated by butterflies. After retiring, he decided to raise them for research at schools and universities and founded commercial butterfly farm MetaScience Co. in 1984. Soon afterward, he read in a magazine about the concept of butterfly houses. Inspired, he traveled to England and met Clive Farrell, founder of the since-closed London Butterfly House. In 1985, they agreed to be partners in a butterfly house in the United States.

Boender and his family started looking for an appropriate site in South Florida. After a few years, Larry Lietzke, who was director of Broward County Parks at the time, offered them a site at Tradewinds Park, making Butterfly World the first public-private partnership in the county’s parks system.

Farrell then hired London Butterfly House designer James Gardner (famous for his work during World War II as chief deception officer at the Camouflage Training School) to design Butterfly World. VandenBerge recalls that in just two hours, with a background of just a few trees and hills, Gardner drew a design that was much larger than her father’s vision but eventually made way for the attraction’s growth. That drawing now hangs on the wall at Butterfly World’s offices.

Construction and setup took about three years, with the opening delayed by another year because of red tape. Butterfly World finally opened its doors in March 1988.

A year earlier, VandenBerge had decided to help out her parents “for about six months.” She scheduled school tours before the official opening. She also started buying products for the gift store, which turned into a management position, then a training position. VandenBerge is now Butterfly World’s executive director, though, as she puts it, “when it’s a family business, you do everything.” For VandenBerge, family includes her niece and nephew, who work there, and several employees who have worked there for 10 to 20 years. Though he no longer works there day-to-day, Boender enjoys his occasional visits.

“Very quickly after we opened I realized that I was going to stay,” she says. “It just really seemed like what I was meant to do. I enjoy working with people. I enjoy seeing children—seeing that light bulb of delight turn on when they encounter insects, the life cycle, all the beautiful flowers, this amazing place.”

At first, it was hard to get word out about the new attraction. But during its opening year, New York Times writer Mervyn Rothstein visited with his daughter and wrote an article about it. The attention that story generated, according to VandenBerge, is how Butterfly World survived.

The publicity continued. Al Roker visited with NBC’s “Today” show shortly afterward—one of several times Butterfly World has been featured on the program. Boender also has appeared on “CBS This Morning,” and Butterfly World was on ABC’s “Good Morning, America” twice. Major national magazines, including Martha Stewart Living and Southern Living, have written about it. Recently, Better Homes and Gardens featured an article about its passion flowers, of which Butterfly World has the world’s largest collection.

Today, Butterfly World is home to about 20,000 butterflies from 80 species and 600 birds from 50 species. Housing them are six aviaries: three for butterflies and three for birds, themed Jewels of the Sky, Wings of the World and Lorikeet Encounter, where visitors can feed parrots. The two museum buildings house an insect museum and a bug zoo featuring tarantulas, scorpions and roaches. There are also two bird-care areas and a gift shop. At the Grand Plaza, Butterfly World sponsors performers such as the string section for Broward Philharmonic, the Israeli Friendship Scouts, choirs and others.

Visitors come from all over the world, including, VandenBerge says, such countries as Turkey, Germany, Singapore and Japan.

As Butterfly World comes upon its 30th anniversary next year, VandenBerge says she and the staff are constantly thinking of ways to make it better and get local children interested in nature and habitat creation.

“We want to develop plans for a discovery garden for kids where they can play and learn. We’d love to put in a theater where they can watch movies on the history of Butterfly World and some of these fascinating subjects,” VandenBerge says. They ask themselves, “ ‘What can we do to make this the best possible Butterfly World we can make?’ ”

This is the sixth in a series of articles celebrating Coconut Creek’s 50th anniversary.