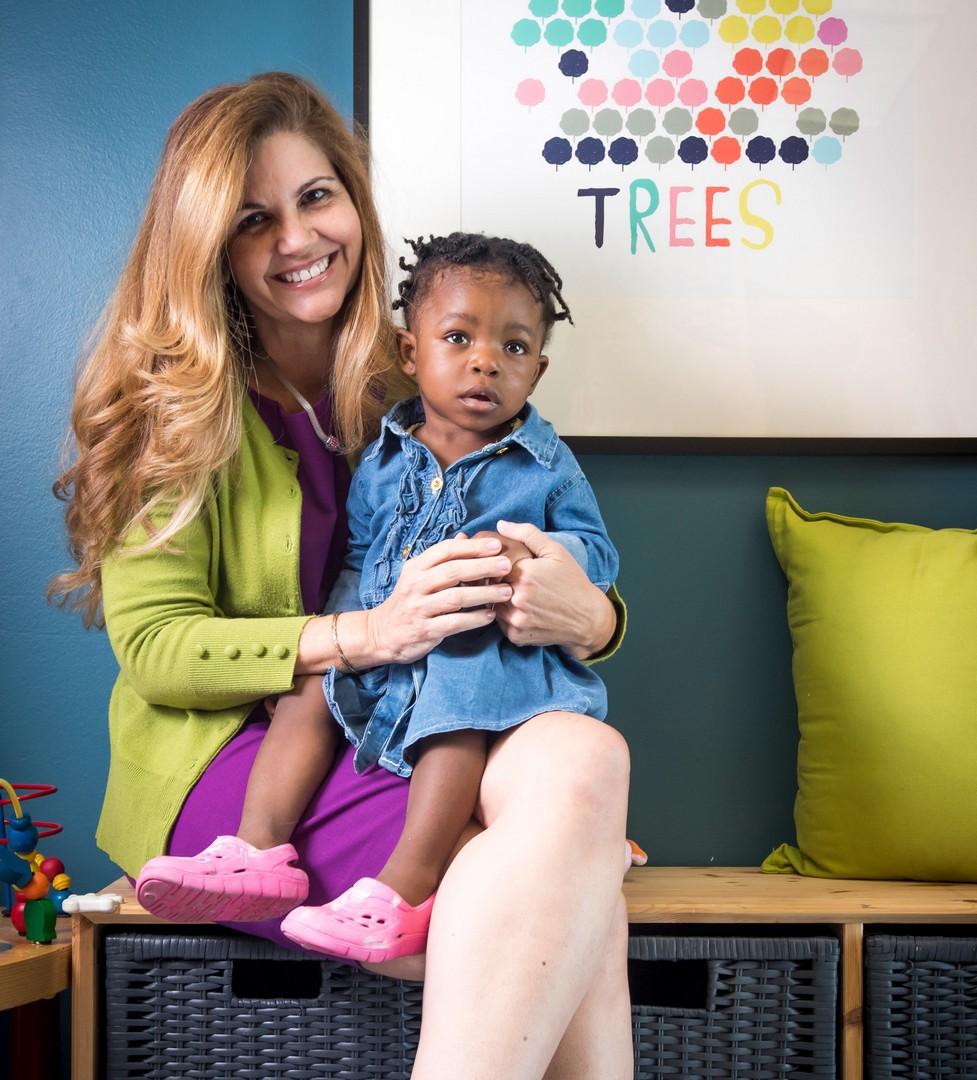 • The tangible passion that Ana Calderon Randazzo brings to her role at Children’s Diagnostic & Treatment Center can be measured any number of ways using time as the yardstick. Like the 29 years she’s worked at CDTC, the past three as executive director. Or the snapshot tours of the Fort Lauderdale-based facility she no longer conducts because hers never seemed to end. “They don’t let me do tours anymore; mine are three hours long,” she says. “I could talk about the center all day.” Or the two minutes it takes for Calderon Randazzo’s eyes to well up while just beginning to touch on the myriad services offered at CDTC—and the impact they have on countless special-needs children and families throughout Broward County.

• “Some of these kids, at another point in time, would have died without our services,” she says, wiping away the tears.

• More than 11,000 disabled and chronically ill patients will benefit this year from the offerings at CDTC, a menu that includes: Early Steps (providing evaluations and services for youngsters from birth to 36 months with developmental delays or disabilities), the Comprehensive Family AIDS Program, and primary care health and dental services for special-needs children. But numbers only hint at the stories that unfold each day at CDTC.

• Tyler, born prematurely, weighed 2 pounds at birth. After being discharged from neonatal intensive care, he entered Early Steps and received the intervention services he needed. Tyler is now 4, “and he’s thriving,” Calderon Randazzo says. Another graduate of Early Steps, Saylor, was born with spina bifida and given no chance to walk. Today, at 10, she walks with the help of braces and a crutch.

• “A mom came up to me at an open house and said, ‘We came through Early Steps 22 years ago. My child has autism, and he just graduated from Broward College,’ ” Calderon Randazzo says. “She was so proud to share that story.”

• The Comprehensive Family AIDS Program, serving nearly 3,500 clients per year, has become a one-stop lifeline for infants, children and women living with HIV and AIDS in Broward—which has one of the highest rates of new HIV diagnoses in the country. If providing counseling, medical care, mental health and nutritional support, and life-skill training weren’t enough, CDTC also goes into the community to offer HIV tests for anyone who is pregnant. An expectant mother with HIV can prevent transmission to her baby through an antiretroviral therapy provided by CDTC.

• “Our population of HIV babies is dwindling because we’ve done such a great job at preventing the spread,” says Calderon Randazzo, who earned a doctorate in developmental psychology at the University of Virginia. “The segments exploding are the teens and adults who are being promiscuous. We’re letting our guard down when it comes to HIV. People say, ‘It’s not a thing anymore.’ It is a thing. And you will die if you don’t take care of yourself. There’s a lot of education still to do. HIV is an equal-opportunity employer. It’s not just in the poor parts of Broward and not just in the gay community. It’s everywhere.”

• For 21 years, CDTC has conducted research related to infants, youngsters, teens and pregnant women with HIV/AIDS. It’s one of three domestic non-university research sites funded by the National Institutes of Health for testing on behalf of the International Maternal Pediatric Adolescent AIDS Clinical Trial Network (IMPAACT).

• The dental care program offered at CDTC, launched in 2014, is perhaps the most taxing from a budget standpoint, but Calderon Randazzo calls it her little engine that could. “The teeth are an afterthought when you have a child going to four or five specialists. But oral health care is crucial for our special-needs kids—children who are spastic, in a wheelchair, who are tube-fed. Some of them never had gone to the dentist or used a toothbrush. It’s expensive to run because of the cost of the equipment and the poor reimbursement from Medicaid. But you have to do what’s right.”

• Spiraling costs remain an ongoing concern at CDTC, which relies on level-funded grants for the bulk of its support. “That means the grant doesn’t increase as the cost of living goes up,” Calderon Randazzo says. “That’s why we need to spread the [philanthropic] word. We’re a good investment. Ninety-six cents of every dollar go back into our programs. Our auditors were gushing; I’ve never heard an auditor gush.”

• “Some of our families go home to next to nothing; some don’t have beds for their children,” says Calderon Randazzo, who served for years as assistant administrator to founder Susan Widmayer before taking over as executive director in 2014. “We’re about more than, ‘Here’s your prescription, have a good life.’ There are so many things we offer to wrap our arms around our children and families—food, clothing, social services. That’s the legacy that Dr. Widmayer left. She brought humanity to this organization. That’s what I’m trying to maintain.”

What: Waterway Soirée
When: May 20
Where: Bahia Mar Resort & Yachting Center, Fort Lauderdale
The lowdown: CDTC’s signature fundraiser, in its third year, promises an evening of yacht hopping, gourmet cuisine, a dessert cruise, live entertainment and much more.
Contact: Call 954.728.1040 or visit waterwaysoiree.com for tickets.