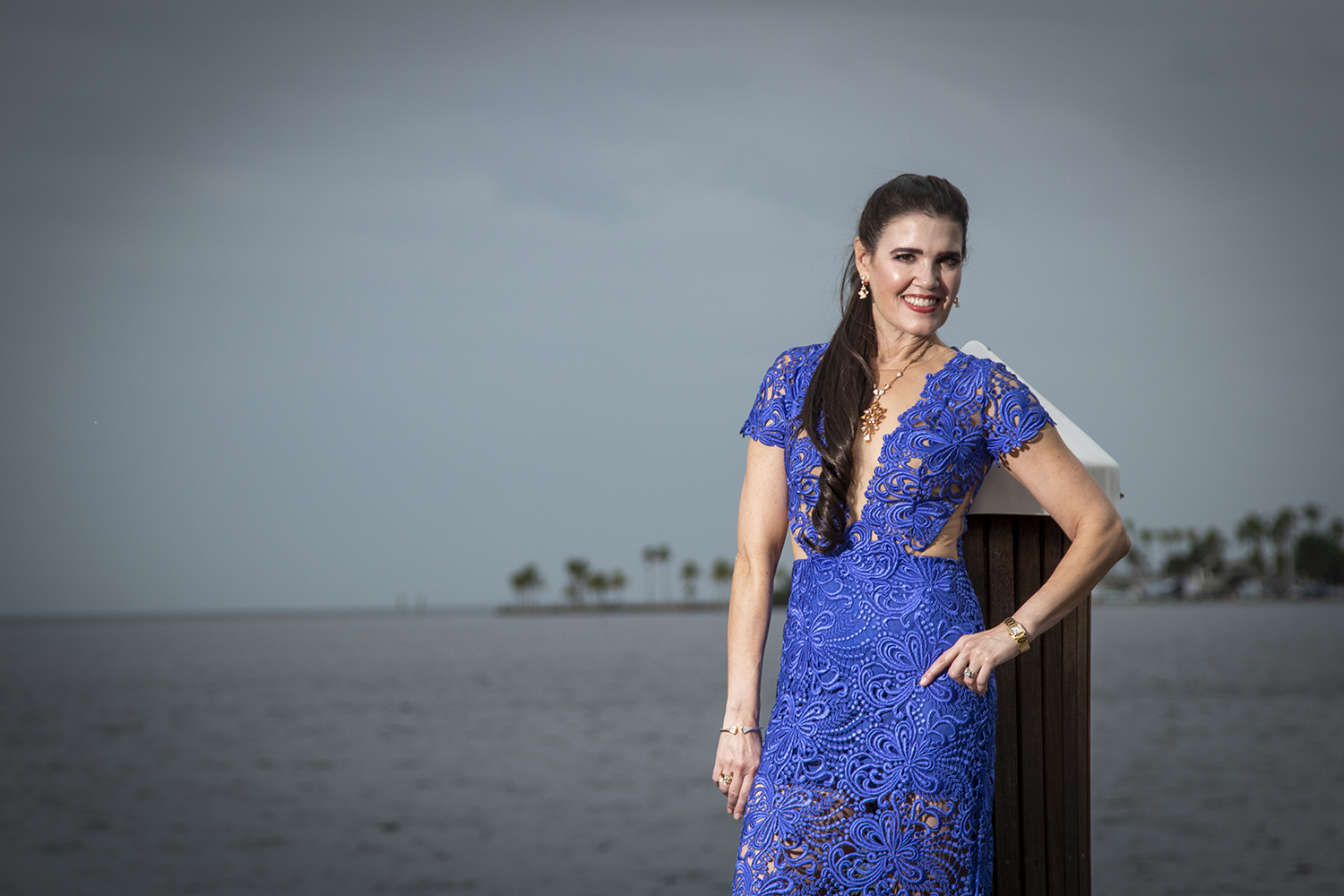 The wife of Cecil Milton—CEO of United Property Management, the firm launched in 1976 by his late father, José, that oversees some 9,000 residential units—may lead a life with its share of blessings, but rarely does a day go by where she isn’t actively paying it forward.

Indeed, the quest to better people’s lives is a thread that not only runs through the many benevolent hats that Ana ViegaMilton wears—corporate social responsibility officer for United Property Management, and co-founder of the Cecil & Ana Milton Family Foundation, among them—but it’s also the tie that binds her family of five. The couple’s three adult children (Alec, Eric and Diana) are all involved in the family’s foundation work, as well as their own charitable pursuits.

Since José charged her with running his namesake foundation before his death in 2013, ViegaMilton has become one of the most prominent philanthropic figures in South Florida. While largesse such as the $10 million commitment toward the José Milton Memorial Hospital in Doral, the largest single donation to the Jackson Health Foundation, grabs headlines, it’s part of a broad and thoughtful mosaic that encompasses support to Miami-Dade County Public Schools, Red Cross Miami, Big Brothers Big Sisters, the Girl Scouts of Tropical Florida, Zoo Miami and countless other initiatives and nonprofit groups.

What are the local organizations and the causes that have become near and dear to you beyond your foundation work?

The 5,000 Role Models of Excellence Project is one that’s important to me. U.S. Congresswoman Frederica Wilson founded it; she was a teacher, principal and school board member in Miami-Dade County. [Note: Its mission is to intervene in the lives of young at-risk males, present positive life alternatives, and prepare the boys for modern-day challenges.]

Through the José Milton Foundation, I started the Advancing Minorities in STEM Scholarships for [graduates of the] 5,000 Role Models program. We select one to receive a $5,000 scholarship each year over four years. It’s not just the money. We mentor them. We stay in contact. We talk about their experiences in college. We celebrate when they graduate.

I was so moved by one of the students. He graduated from Florida International University in three years. He asked if he could use the final year’s $5,000 and put that toward his master’s degree. I told him we weren’t about to penalize him for graduating early! Today, he has a great [tech] job.

Last year, he told me that no one has had a bigger impact on him than me and our family. “When I felt like not finishing, I thought of you and how I couldn’t let you down,” he said. “Because, outside of my family, no one has ever shown that much interest in me.” It was so touching. Here’s a Haitian immigrant who reached a level beyond his expectations—because someone made an impact on him. I really believe that the mentoring part is maybe even more important than the $20,000.

For people who don’t know about the academic emphasis on STEM (science, technology, engineering and math), why are those disciplines so important right now?

What I tell the kids is that when you’re a minority, an immigrant or a woman, it’s the quickest way to making money and starting your life at a high level. It’s also a great opportunity to give back. Look how much technology had pushed our world forward. I believe technology will solve issues like sea level rise and other things that ail us.

Also, if not for techies, you wouldn’t have your iPhone. Nerds are the new cool, right? So, it’s not as hard of a sell these days.

But you still hear at the elementary level things like, “boys are better at math than girls.” And girls sometimes believe it. So, I’m trying to solve that.

This year, I got involved with Girl Scouts. And I expanded the scholarship I was discussing earlier to Advancing Minorities and Women in STEM.

Going back to your parents, what about their journey stays with you, and where do you feel you’ve charted a different example for your own children?

I don’t know if this is an immigrant thing, but my parents are very optimistic when it comes to their kids. But for themselves, they’re constantly worried something is going to happen. My dad would rather pay for insurance than eat. It’s about preserving [what you have] and preparing for the worst. There’s this mistrust, a sense that life can go bad.

So, I was raised with a risk-averse mentality, and I’m like that. But I fight it. Also, I’m thinking of the future too, but in [a different way]. I won’t go to meetings with organizations where I can’t add value to the process. That’s a waste of my time.

And I’m always trying to inspire people to give back. The Latin community had a reputation, 10 to 15 years ago, of not really being charitable. It’s not that they didn’t give, they just didn’t do it the American way. They give to churches, they give to their families, they take care of their own. The idea of supporting the United Way was a foreign concept. Why am I giving to United Way, if I have an aunt who’s struggling?

When I speak on Spanish radio, or I’ve done interviews with Hispanic media, I talk about how important it is that, as Latins, we raise our voice and let people know that we do contribute to our communities. … There’s been a shift over the years. As Hispanics have created and held more wealth, I think we do feel an obligation to give back—and a gratitude for being in this country.

Because I was born in Cuba, I had to go through the naturalization process when I was 18. I was raised to be patriotic, but that made me even more so—to the point where I thought every American born here should go through the process.

I don’t know. Why aren’t Americans more grateful for this amazing country? Especially coming from Cuba, this freedom is not to be taken lightly. It was earned, it was fought for, and you should definitely appreciate it.