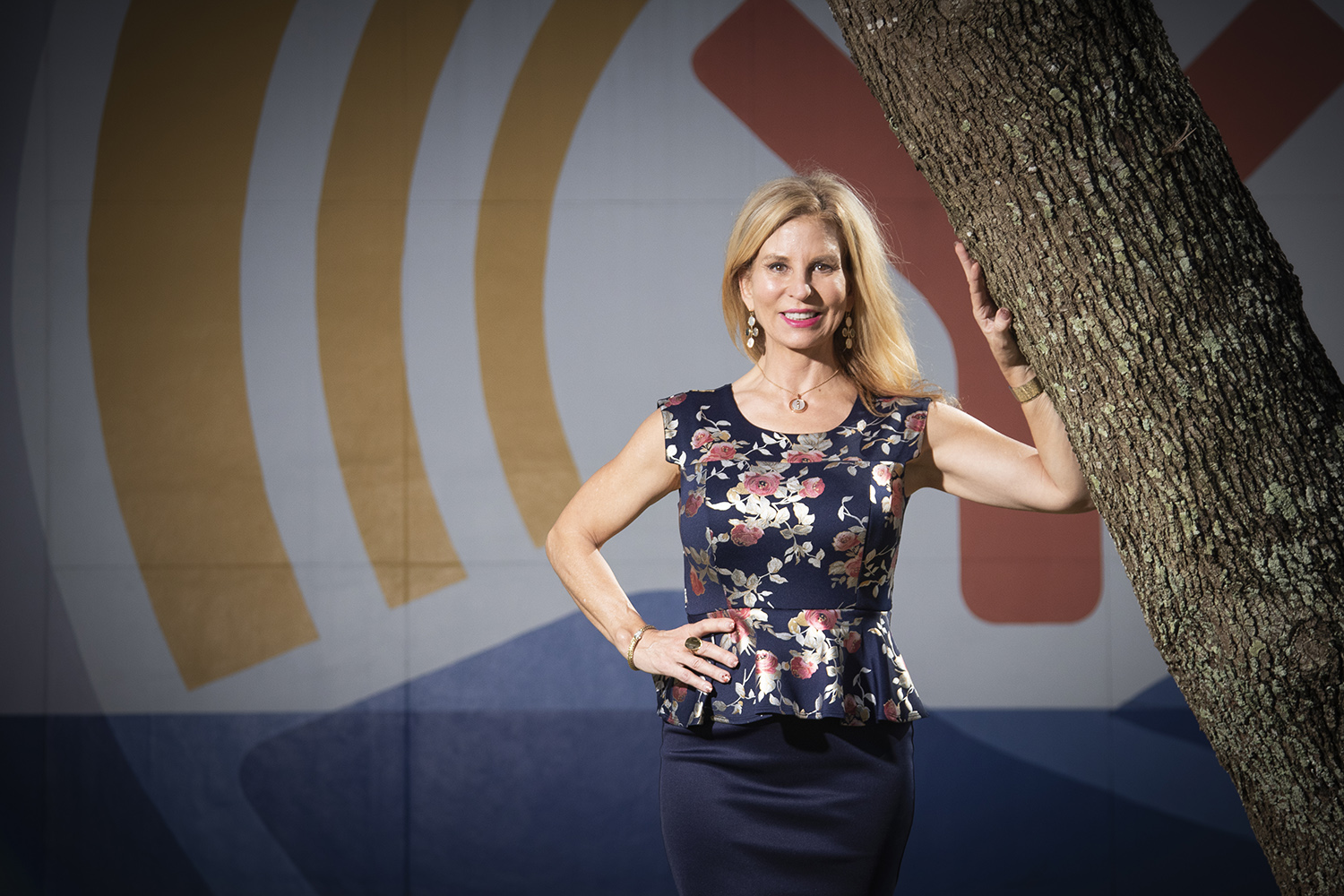 In the first of this two-part Lifestyle Q&A, Kathleen Cannon, the forward-thinking CEO of United Way of Broward, takes a big-picture view of her 10 years at the helm

As impressive as it’s been to see United Way of Broward County dive headfirst into the deep end of community challenges created by COVID-19 and its pandemic waves, there’s far more to the scope of its overall impact.

That’s why it takes the better part of 50 pages in its 2022 directory just to touch on the seemingly endless array of programs, initiatives and partnerships—including funding for upward of 130 local organizations—with which United Way of Broward is involved under president and CEO Kathleen Cannon.

When asked, jokingly, if her team ever implores Cannon to slow her roll when it comes to introducing different avenues for United Way to impact the community, the award-winning executive, who celebrates 10 years at the helm next month, acknowledges that effecting change across a spectrum of categories can be daunting.

“We’ve expanded so much that, at times, there are so many spinning plates—and, yes, it can be overwhelming,” says Cannon, who was the vice president and chief operating officer at Broward House for a decade before her role at United Way. “I think that’s my biggest deficit as a leader—but I am recognizing it!

“Sometimes, we can’t do everything.”

It’s not for lack of trying.

“Our staff is unbelievable,” Cannon says. “The people who work here see the needs—and they want to jump in and make sure that we are front and center in helping to solve issues.”

Cannon spoke to Lifestyle about her time at United Way—including the organization’s pivot amid COVID.

You’re coming up on 10 years in May as president of United Way in Broward. How has your role evolved over that decade?

I’m a social worker by trade, so the first half of my career was in that realm. Coming to United Way, I had that lens of what the community needs. I also had the lens of how hard it is to work for a nonprofit and the resources that are out there.

Bringing that lens here, we really dove deeply into the impact that we can make. We put business plans behind solving human service issues. That was a big change, and then we continued to evolve that way. Part of that is convening solutions with different parties. We want to bring a wide range of problem-solvers to an issue and chart a strategy for how, together, we can solve something.

But, of course, we can’t continue to run new initiatives and solve big issues if we don’t raise dollars. So, fundraising is top of mind. Over the years, we’ve been successful at that as well—and we’ve also diversified how we’ve done it. In addition to reaching out to philanthropists, we seek grants, we seek family foundations. We have our Alexis de Tocqueville Society, which is an annual commitment of at least $10,000. And then every year we have goals to bring in new donors and dollars.

I’ll be honest, I do feel a lot of pressure because we’re such an impactful organization, and I always want us to be bigger and better.

So, I have this new mantra: “Pressure is a privilege.” And I take that privilege very seriously. It’s important to me that our product, which is about changing lives, is always done in exemplary style.

Was the scope of this role, once you rolled up your sleeves, more than you expected?

Oh, gosh. Yes, it’s so much bigger. Before, we would fund organizations and help them along the way. But I wouldn’t say that we put a stake in the ground to solve large social issues. So, the job has gotten bigger, not just for me but for everybody. We’re now seen as the leader in the community when it comes to human services.

So, everything changed. Roles changed. The way we do our job changed. And it’s all for the purpose of creating greater impact in the community.

When we spoke at the start of COVID-19, you had just received a pre-pandemic report that showed that 37 percent of households were considered ALICE (Asset Limited, Income Constrained, Employed), and 13 percent were living below the poverty level. How have those numbers changed amid COVID?

It’s hard to get the data in real time, but we’re scheduled to see a preliminary ALICE report soon. But, yes, the numbers are up. People lost jobs. Evictions are happening; people are being priced out of their rent. So, we’re going to see more and more people who need assistance.

Broward County truly is an awesome place to be. But we do have the widest gap in the country between our wages and our housing costs. It’s super-expensive to live in San Francisco or New York, but their wages are higher.

This is a long-term effort that we’re just starting to address. There are folks who are going to take on some affordable housing projects, and United Way can [perhaps provide] some dollars that can get them over the hump. As a community, we have to focus on workforce housing. Think about our teachers. Health care workers. Waiters and waitresses. It’s almost like they can’t afford to live in Broward County. So, we’re going to take on this issue.

And it’s not just rent, as we’re seeing with inflation and the cost of day-to-day goods and services. That’s an additional blow to people already hit hard by COVID-era challenges.

So many people do all the right things. They’re working hard, raising their families, they’re not overspending. And they literally do not have a penny at the end of a paycheck.

We have a lot of financial literacy programs. But how do you grow your assets when there’s nothing left after you pay all your bills? This is where we’re trying to make a difference.

Think of what it would mean to a family if they didn’t have to spend 50 or 60 percent of their monthly income on rent? It makes economic sense to create more affordable housing, because families will spend more money in the community. They’ll visit a restaurant, they’ll buy a car. It’s a cycle of economic success for all.

That’s our goal. We want people to thrive in their communities.

What: Join event co-chairs Shane Strum (CEO at Broward Heath) and Craig Pollock (group vice president of corporate service at JM Family Enterprises)—along with the region’s top business and nonprofit leaders, community advocates and philanthropists—for an “Evening of Stars.” The spirited event—featuring dinner, dancing, entertainment, and silent and live auctions—benefits United Way of Broward County’s ongoing vow to advocate for the health, education and financial prosperity of every person in the community.