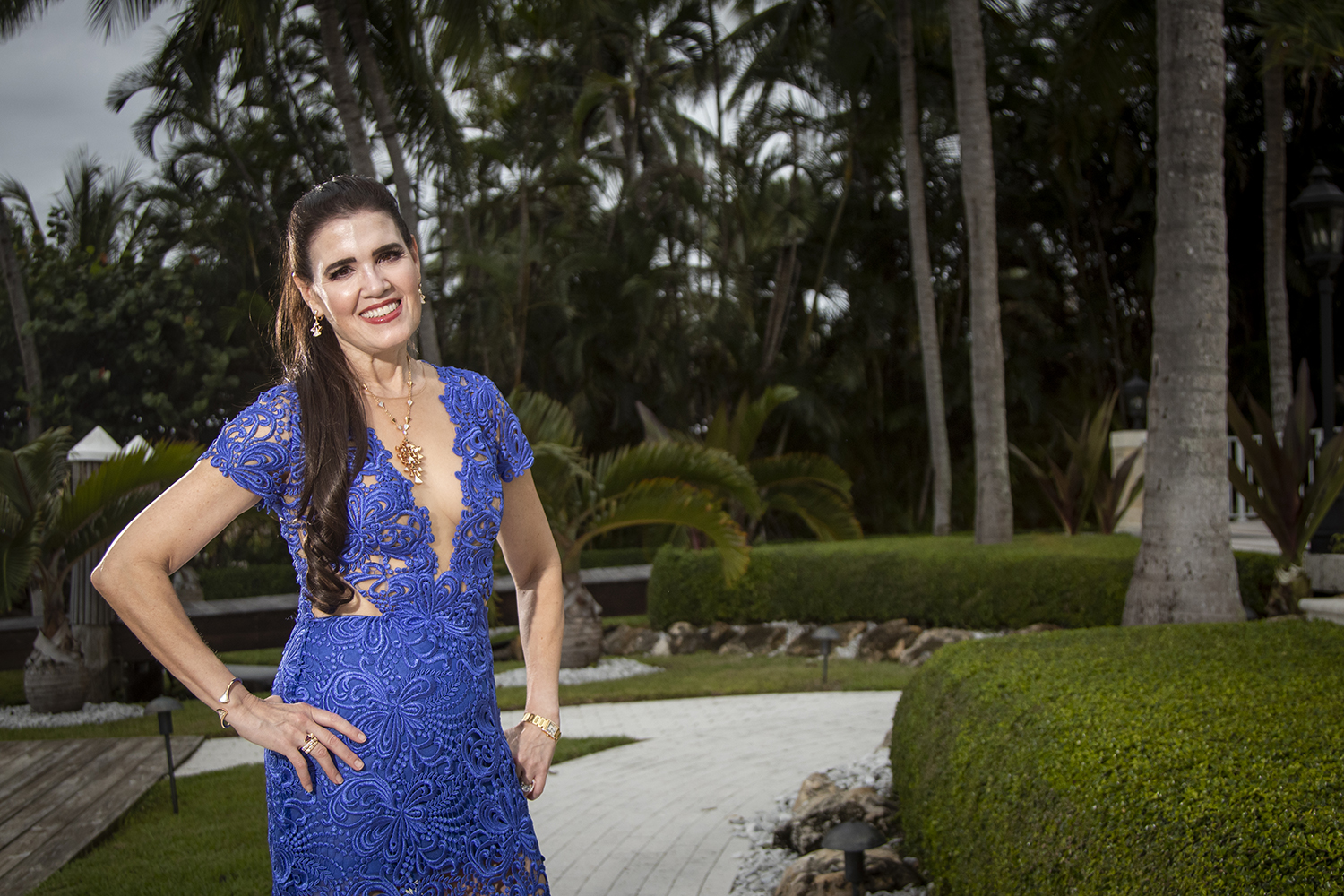 The United Way of Miami had organized a bus tour of the city for a group of philanthropists who had donated $10,000 or more to the organization. Though it was a sightseeing trip of sorts, Ana ViegaMilton still couldn’t believe her eyes.

“They showed us how I-95, instead of going straight, was designed to curve so that it would ruin the Black community and displace countless people back in the day,” says the president of the José Milton Foundation. “Then, we saw daycare centers on both sides of I-95. The difference was stunning. One side was well-staffed, the kids doing activities. On the other side, babies were just lying there, not being stimulated.

“It was a reminder for me that philanthropy is not just about helping. It’s also about learning the needs of the community. It’s about being exposed to things that we don’t think about inside our bubbles.”

The wife of Cecil Milton—CEO of United Property Management, the firm launched in 1976 by his late father, José, that oversees some 9,000 residential units—may lead a life with its share of blessings, but rarely does a day go by where she isn’t actively paying it forward.

Indeed, the quest to better people’s lives is a thread that not only runs through the many benevolent hats she wears—corporate social responsibility officer for United Property Management, and co-founder of the Cecil & Ana Milton Family Foundation, among them—but it’s also the tie that binds her family of five. The couple’s three adult children (Alec, Eric and Diana) are all involved in the family’s foundation work, as well as their own charitable pursuits.

Since José charged her with running his namesake foundation before his death in 2013, ViegaMilton has become one of the most prominent philanthropic figures in South Florida. While largesse such as the $10 million commitment toward the José Milton Memorial Hospital in Doral, the largest single donation to the Jackson Health Foundation, grabs headlines, it’s part of a broad and thoughtful mosaic that encompasses support to Miami-Dade County Public Schools, Red Cross Miami, Big Brothers Big Sisters, the Girl Scouts of Tropical Florida, Zoo Miami and countless other initiatives and nonprofit groups.

ViegaMilton spoke to Lifestyle about her own upbringing, philanthropy that warms her heart, why STEM matters, and much more.

You shared that your parents left Cuba in 1967, a year after you were born, and that you landed in Hoboken, New Jersey in 1968. What was the journey that led them to the States?

My parents had gone to Madrid, and they had nothing at the time. They were going to soup kitchens. My father applied for a job to build radar systems in the Canary Islands. And they hired him. They were crazy for engineers at that time, especially Cuban engineers, who were held in [high esteem].

My father met a CIA agent, who was stationed in the Canary Islands. The agent asked if he wanted to move to the United States. My dad said that was his goal. The agent told him the U.S. needed engineers, so he asked for his information. Within two weeks, my dad had his visa, and we were on our way to the United States. Eventually, everybody [in the family] kind of moved to Miami when I was in second grade.

My dad ended up getting his master’s degree, in part to learn better English but also to cement his degree. All my dad had was a crumbled copy of his diploma from the University of Havana, folded in his wallet. He wanted to prove himself, so he got the master’s at a school of technology in Hoboken.

That taught me an incredible early lesson about technology. He was a telecommunications guy. And having that skill translates across every language barrier. [Note: Before becoming a full-time mom, ViegaMilton worked for BellSouth, like her father did for 20 years before retiring, as a telecommunications engineer. Plus, she earned a law degree from the University of Miami, the same college where she studied engineering.]

How have you impressed upon your now-adult children the importance of giving back?

Internally, I use philanthropy as a platform to connect the family together. The three trustees are Cecil and his two brothers. So, I’m the president and then all the children are junior trustees of the José Milton Foundation.

We have family meetings to discuss our philanthropy. We’ll talk about the finances, the investments, who we’re considering for grants, etc. [At a recent meeting], I asked the kids to share all the things they’ve done in the community, and then their five-year plan to give back and participate. For me, giving money without engagement and volunteerism is almost meaningless. Everywhere we give, we have some involvement.

What made our [fall] family meeting really special is that we honored my mother-in-law. She’s the typical wife of that generation, where the man was dominant. And my father-in-law was Cuban immigrant of Lebanese [heritage]—so he was especially dominant.

He named the foundation after himself, and I always felt that my mother-in-law was neglected in that sense because she was really the philanthropic one in the family. She was helping AIDS victims, sitting by their bedside back when people thought you could catch AIDS just by [being near someone with HIV]. She also was involved with an association for the blind, the American Cancer Society. It was such a great example for the family.

So, we did a video where every kid shared their favorite memory with her and how much she meant to them. We gathered in the home theater, sat her in the middle, and we watched it. That woman had a grin from side to side that we haven’t seen in years. I wanted the [sons] to see that, too—and remind them that it wasn’t just their dad.

Given the tentacles of the José Milton Foundation, why did you and your husband feel the need to start your own separate family foundation?

Cecil didn’t want to broaden the scope of the José Milton Foundation, he wanted this one to be completely different. We also wanted our family to manage it. So, our daughter, Diana, is the president of this foundation, and Cecil and I are the trustees.

Our emphasis with this foundation is first responders, military, police, and then conservation. Our first gift was to the Ron Magill Conservation Endowment Fund at Zoo Miami [which helps to protect animals in the wild around the world]. But as part of the gift, I slated $25,000 for them to buy something specifically for Zoo Miami.

He had a project called Big Joe. It wasn’t sexy, he said. They needed a tractor for the food and nutrition team to better serve the animals—and because the workers were getting hurt lifting these heavy bags of food. I told him Big Joe was sexy enough. And the team at the zoo has been so grateful. Productivity is up, the workers are saving their backs.

Another thing we just did was to upgrade the breakout lounges at Miami-Dade police headquarters—we bought new furniture, redid their floors, added TVs. We even bought them a beautiful Cuban-style wood dominoes table. The woman who makes them loved the project so much that she donated two more. This is also a place where victims sit when they come in. It’s such a friendlier and welcoming space now that it’s [helped to] put people more at ease.