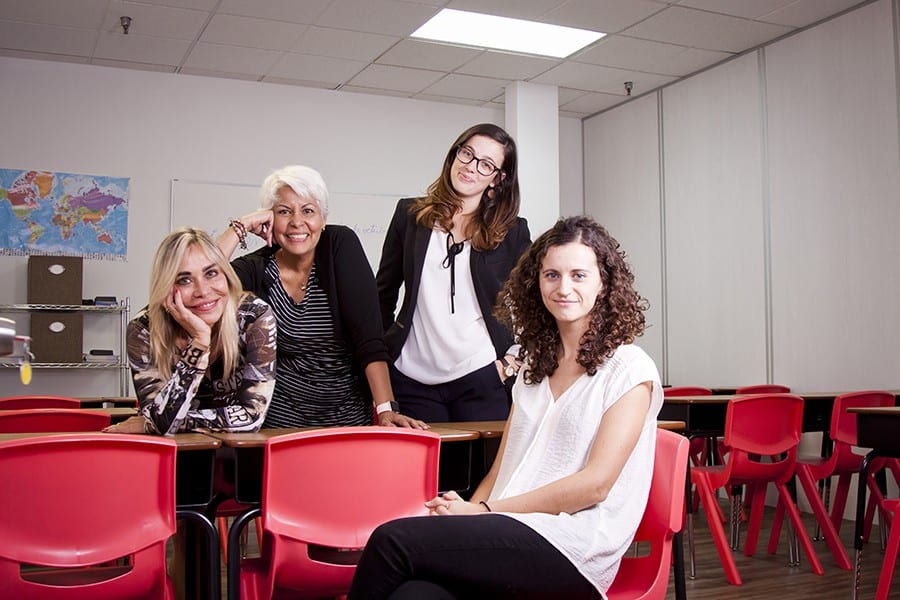 When Rosane Santana returned to South Florida in 2012 after leaving in the 1980s, she noticed what she considered a worrisome trend: When Latin American parents spoke to their children in Spanish, the kids could answer only in English.

“And what I’ve seen with the young adults, the children of immigrants, is that even when the parents made a lot of effort to have them speak at home, even when they can speak, they cannot write or read,” she says. “This is something sad.”

Santana, originally from Brazil, recommends the motto she used with her own daughter: “You don’t change. You add.”

Losing your culture is a step backward in the United States, she says. According to 2015 data from the U.S. World Census Bureau, the country has the world’s second-highest Spanish-speaking population (behind Mexico) with 52 million people—a number that’s expected to reach 138 million by 2050. “You’re keeping your points in the game of life,” she says.

After a recent trip to Spain introduced her to the University of Salamanca, the oldest Hispanic university with a centuries-long reputation for teaching Spanish as a foreign language, Santana became fascinated with bringing a quality school to help the Latin American population in Florida.

She worked with the university to open its ninth international Spanish language school, known as ELE USAL (escuela de lengua española—“Spanish language school”—Universidad de Salamanca) in Coral Springs, its first location in the United States. The campus, located at 8238 Wiles Road, opened for classes the first week of October.

The building, tucked in the northeast corner of the Riverside Square shopping center, has three classrooms and a library full of games and books from Spain. In addition to Santana, the manager, there are two teachers from Spain and one from the Dominican Republic. ELE USAL Florida’s programs are for students of all backgrounds and language proficiency. The courses serve anyone, from children in need of after-school enrichment to professionals looking for a six-week personalized lesson before visiting Latin America on business. There even will be courses and subsequent trips geared toward retirees.

Most courses are two days a week for a minimum of three months. The ELE USAL Florida curriculum and exams are designed to take students from beginner to native proficiency, both oral and written. They can earn an official certificate proving their level in Spanish and take courses to prepare for international exams.

Each month, the teachers will focus on a Latin American country or Spanish city and examine its history, culture and geography. When studying Argentina, for example, they’ll dance the tango and listen to popular tales. They’ll discuss the difference between Brazil and Portugal. With Cuba, they’ll learn about the revolution. “When these kids grow up, they will not even remember it. They are not going to have a memory of when Americans could not go there and what happened,” Santana says.

“We’re rescuing the lost heritage for so many children, even adults.”

ELE USAL Florida has a wide range of schedule options. Courses are available for all levels and ages (starting at 4), and there are specialized courses for companies and groups. The school also has courses that prepare students for a number of international exams. Offerings include: