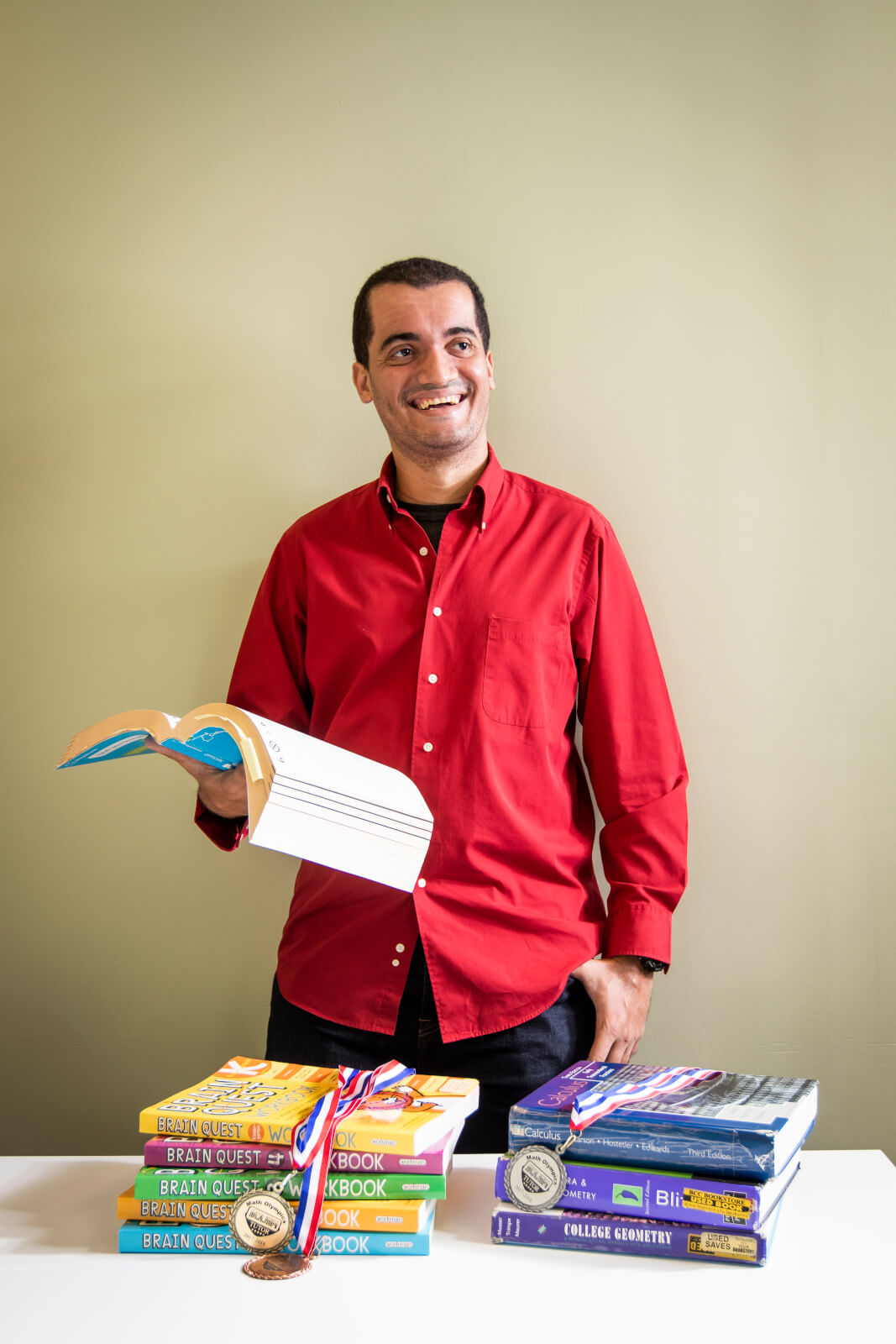 Though tutor Marcus Sousa has helped hundreds of students achieve academic success, few stand out in his mind as much as the fifth-grader he helped about a year ago.

The boy was crying and his mother, close to tears herself, asked Sousa for help.

Sousa patiently worked with the student, giving him practice questions. Eventually, he helped the student pass the actual test questions.

Hearing Sousa tell the story, it’s hard to believe tutoring found him and not the other way around. About 10 years ago, a friend asked Sousa if he could help some children who had just moved from Sousa’s native Brazil and were struggling in school. Sousa found that he not only was gratified by positive feedback for his own efforts but by the students’ good grades.

Sousa started helping more and more students—almost too many. Once, when a mother asked him to help her son study for a test, Sousa said “with a broken heart,” that his schedule was full. That’s when he knew that tutoring wasn’t just a hobby.

In time, Sousa earned a bachelor’s degree in secondary math education at Broward College and became certified as a tutor by the College Reading & Learning Association. Today, the Boca Raton resident is an adjunct instructor at Broward College’s North Campus by morning and a tutor by afternoon at Coconut Creek-based Sousa Tutor, which he opened in September 2015. He and an assistant tutor guide students through three group sessions a day.

About 300 students have visited Sousa Tutor, and he receives about 40 to 50 students a week during test season from Deerfield Beach, Coconut Creek and Parkland. He also keeps students engaged with an online math program called “First in Math,” awarding their efforts with medals.

“Besides being a rewarding job, it’s a lot of responsibility because the kids that we help here now are the adults we’re going to have tomorrow—the future presidents, future doctors, future nurses, future teachers,” Sousa says.

To get students and parents started on the right track this school year, Coconut Creek Lifestyle visited the Monarch High alumnus to glean some academic and tutoring lessons.

Know that help is always available. Sousa notes that many parents believe students need tutoring only if they are not doing well in school. In reality, regular tutoring can be an important key to success.

“What we do is not just tutoring,” Sousa says. “We mentor them. We check what they’re doing, how they’re doing in school. We always try to motivate them to be better, to always get good grades [and] to be respectful to their teachers.”

Start early. The number of students seeking help drops when it’s not testing time, a sign of a bigger mistake Sousa sees many make: not seeking help early. Sousa encourages parents to regularly check in with their children so they’re not scrambling to review four chapters for a test the next day.

“We recommend they come in the first week [of school] so that we get to review everything they learn, and they’re always on top of everything,” he says.

Stay consistent. Sousa recommends students who work with a tutor meet with them at least twice a week to go over what they’ve learned and ensure what they’re clear on. This is especially important for cumulative subjects such as math.

“Sometimes, we get parents coming here and their child has straight Fs or Ds, and they want to see results in one or two weeks. It’s not like that,” Sousa says. “[Or] they take a break and, next thing you know, the child is struggling again.”

Be understanding. Some parents might not understand how students aren’t doing well academically when they spend most of their time in school. Sousa reminds them that students struggle with different subjects. Plus, with homework and other extracurricular activities, they essentially work overtime each week and can become frustrated when they hear their struggles are unfounded.

Stay organized. Sousa schedules 20-minute breaks between 70-minute study sessions while tutoring. Similarly, he advises students to avoid burnout at home. Instead of studying for three or four hours straight, break the work into portions throughout the week. On the last one or two days of the week, do an overall review.

Involve what they know. Sousa encourages students to learn new concepts by using familiar subjects. For a video game lover struggling to learn proportions, he applied the concept to its importance in designing video game worlds. For students who say they don’t like reading, he checks out books on subjects of interest and uses them as tutoring aids.