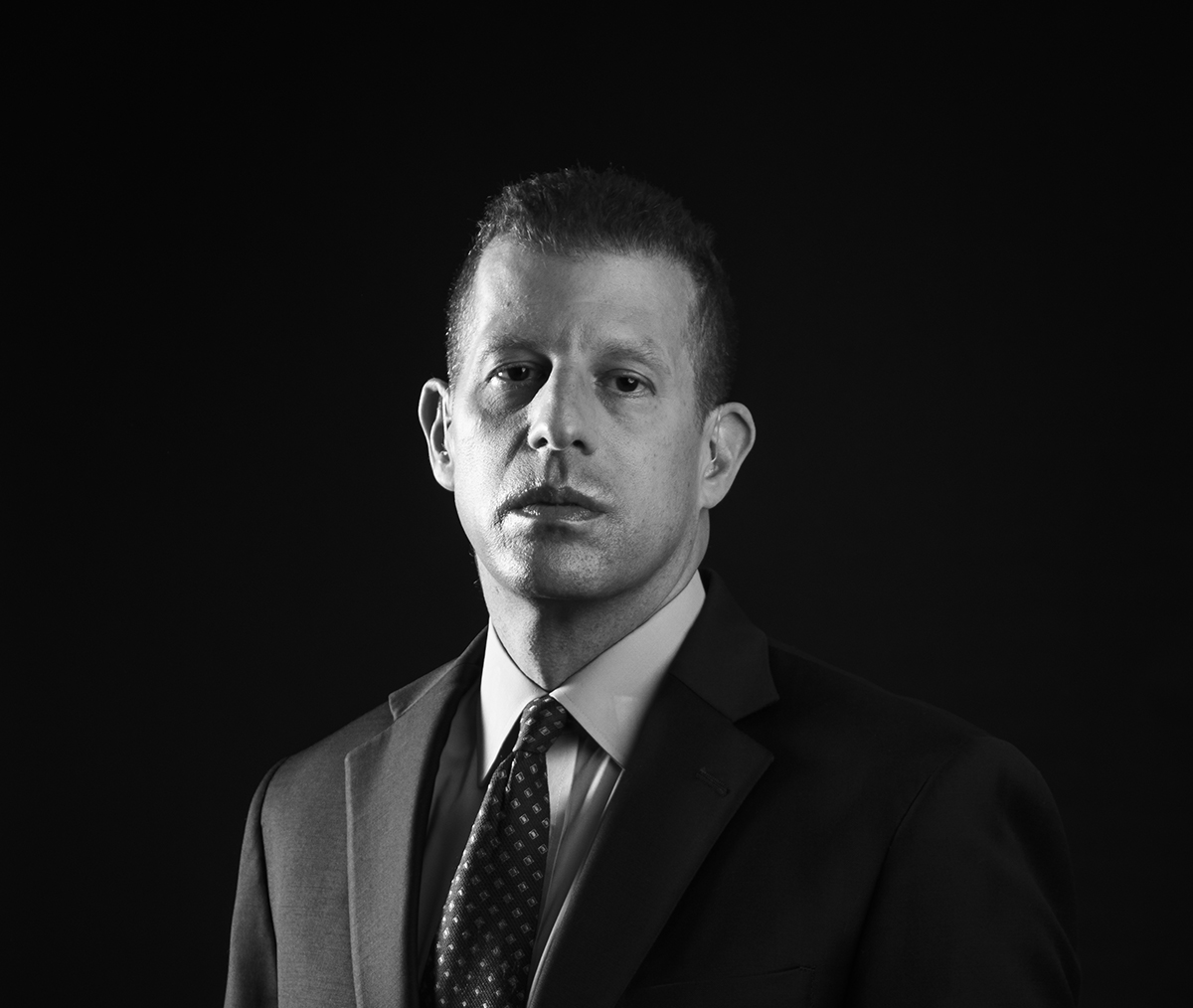 In his role with the ADL, David Barkey battles on the front legal lines against extremism in Florida and throughout the Southeastern United States

There are days, by his own admission, when the seemingly never-ending battles against hate, discrimination and extremism take their toll on David Barkey. But as the Southeastern area counsel for the Anti-Defamation League quickly points out, “sticking your head in the sand isn’t going to help.”

“Nothing is going to change unless people of goodwill want to change things. Even if I’m throwing in a little pebble every day, I feel like I’m on the right side of things.”

It’s the ripple effects emanating from the opposite direction that keep the South Florida resident busier than ever. According to a recent FBI report, physical assaults against individuals motivated by a personal bias against race, religion, sexual orientation, ethnicity, gender identity or disability accounted for 4,571 reported hate crimes in 2018—the most in 16 years. Included in that figure was an increase in violence against Latinos.

The most recent available figures in Florida showed a similar increase in overall hate crimes (which can be committed against a person or that person’s property). Though much of Barkey’s time involves legal work—including recent bipartisan sponsorship between ADL and the Florida Hate Crime Coalition of a bill that would close loopholes in Florida’s hate-crime statute—he’s also an educator. Barkey helps to train local, state and federal law enforcement agencies so that their employees better understand the legal and nonlegal nuances of hate crimes.

In addition, Barkey deals with complex legal, legislative and public policy issues related to separation of church and state, religion discrimination and more as the ADL’s national religious freedom counsel.

All of which gave Barkey plenty to discuss with Lifestyle.

According to statistics from the state attorney general, Florida reported 169 hate crimes in 2017, a 36 percent increase from the prior year. But isn’t it logical to assume that figure is low, given the numbers from cities like Miami, which reported zero hate crimes?

We know that there is a serious under-reporting problem nationally. … In 2017, law enforcement reported 7,175 overall hate crimes [against people and/or property] to the FBI, up 17 percent from 2016. Nationally, nine cities with a population of over 100,000 didn’t report. Another 92 cities reported zero. The Department of Justice does a survey every decade about hate-crime victimization, and the estimation is that there are 250,000 nonfatal hate crime victimizations annually.

By the way, anybody can be a victim and anyone can be a perpetrator of a hate crime. Twenty-two percent of race-based hate crimes are against white people. There are hate crimes against straight people. People think that it’s all white men in white hoods. That’s really the smallest minority. The highest number of hate crimes are committed by “thrill seekers”—basically, teenagers and young adults, who aren’t hardcore haters. It’s based on something they’ve learned, like racial bias. That’s a far more frequent type of hate crime than the Tree of Life [synagogue in Pittsburgh] shooting in 2018, which involved an extremist ideology.

Can you talk about the psychological tentacles that stem from hate crimes?

Hate crimes tend to cause more psychological trauma because of their very personal nature. One of the reasons that victims don’t report is that they don’t want to relive that psychological trauma. We see a similar dynamic with victims of rape and sexual assault.

The issue with hate crimes is the interchangeability of the victim. The perpetrator doesn’t care who you are personally, all they care is that you’re a Jew or black or gay. They don’t care if you’re good, bad, a family person, what you do for a living. They just want to inflict maximum damage on that person or group.

That interchangeability has a far-reaching community impact. There’s a lot of crossover between hate crime and domestic terrorism as far as the effect. In South Carolina, a lone white supremacist goes into an African-American church and guns down nine people. He wasn’t caught right away. So, all the black community knows is that there’s a guy going into churches, where we should feel safe, and he’s gunning people down. The black community was terrified. The hate crime is inflicting fear on people for who they are. How can you avoid being a victim of that kind of crime short of locking yourself in a closet?

The reason we believe there should be hate-crime laws is because of that community impact. And, also, the message that it’s unacceptable in society to target people for criminal acts because of who they are.

What are some of the holes in Florida’s anti-discrimination and hate-crime laws that ADL is working to amend?

ADL has been a supporter of the Florida Competitive Workforce Act for over a decade; unfortunately, it just hasn’t moved in the legislature. Equality Florida and other LGBTQ organizations have taken a productive tactic in getting local ordinances passed. The problem is that you’re protected in Miami-Dade County, but then you drive a little north and you have no protections.

What does it say about Florida that if you live in a county or city without local protections, and you bring a picture of your same-sex spouse to work, that an employer can say, “You can’t work here because I don’t like gay people.” How does that attract the best and brightest to Florida? How does that benefit the Florida economy? It doesn’t.

On the hate-crime front: ADL was an advocate for the hate-crime law when it was adopted in 1989. In 1994, it was amended to include sexual orientation. But there are still major gaps in the law that we want to see changed. A lot of people would be surprised to know that physical disability is not covered under our state hate-crime law, and there’s a narrow definition of mental disability. Gender identity isn’t covered, so the transgender community is extremely vulnerable and subject to violence.

Nobody in leadership should be using inflammatory language when it deals with race, religion or national origin. Because words do matter. 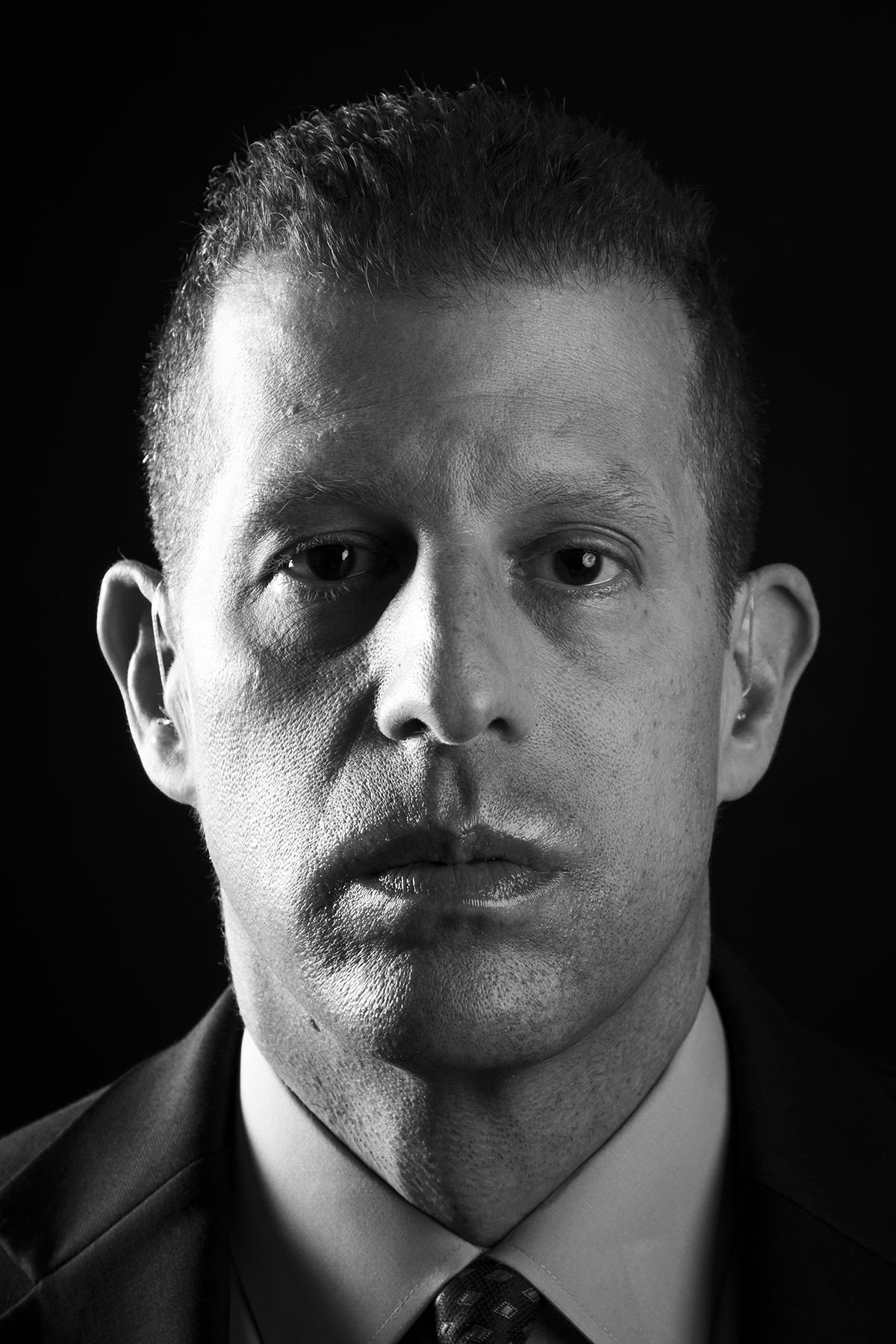 What does your role as the ADL’s national religious freedom counsel entail when it comes to issues that might resonate here in South Florida?

ADL believes that the key to religious freedom in America is separation of church and state. Government shouldn’t be favoring any particular faith, or favoring religion over non-religion. There’s God’s law and man’s law, and government should stick to secular law. From our perspective, unfortunately, we’re seeing a retrenchment on that.

ADL opposed school prayer legislation, which can be a tricky issue. It’s not about being against prayer; if kids want to privately pray in school, that’s their right. … I was flying to Memphis and struck up a conversation with a city council member from a small town in Arkansas. We got on the subject, and he said he was in favor of school prayer. And I said, OK, whose prayer would you use? Would you be comfortable if it were a Jewish prayer? Muslim? Hindu? And that gave him pause. That’s the point. Our schools are for all children, regardless of their faith. Whatever prayer you’re doing, it’s going to be exclusionary to somebody—and that’s unfair to students who aren’t of that faith.

The big issue right now is the conflict between religious freedom and the civil rights of others. We’ve seen that with the baker who wouldn’t bake a cake for a same-sex couple, claiming it was a violation of his religious freedom. Our view is that America was founded on religious freedom, and certainly government can accommodate religion. If you had absolute separation, you couldn’t have chaplains in prison or in the army.

But an accommodation of religion can go so far that it tramples on the rights of other people—like allowing a for-profit business, which opens its doors in the marketplace, to say I’ll serve everybody except X, Y and Z because it’s my religion.

A lot of this bleeds over into LGBTQ issues. The way we talk about it is to replace LGBTQ with a different group. If you’re OK with a business discriminating against gay or transgender people for religion reasons, what if it were a black person? Or what if the baker wouldn’t serve a white women because she was marrying a black man, which actually happened in Mississippi recently. That incident quickly died because that was racial discrimination. But why should it be any different with LGBTQ people?

In your opinion, has the messaging coming out of the current administration had an impact on hate crimes?

Over the last 10 years at least, there’s been a marked incivility in this country. We saw a spike in hate crimes when President Obama was elected, in part because he was the first African-American president and also because immigration was a big issue at that time as well.

The problem that we’ve seen, and it’s ongoing, is that when you start dehumanizing people, that becomes a green light to act for susceptible people. The former national director of ADL used to say, “The Holocaust didn’t start with the gas chamber, it started with words.”

We’re seeing rhetoric from leadership all over this country. ADL has taken issue with a lot of things the president has said, but nobody in leadership should be using inflammatory language when it deals with race, religion or national origin. Because words do matter.

There’s always been racism and anti-Semitism and xenophobia in this country at the fringe of society. But when leadership at any level engages in inflammatory language, it gives safe harbor to people who may hold those views. If such and such is saying it, it must be OK—so, I can act on it.

Big-picture changes, like state legislative issues, take time. What are some of the day-to-day successes ADL has had?

We had an incident recently where an individual was wearing a short beard at work because of his religious beliefs. The employer, a public employer, prohibited him from wearing it, so the Constitution applies. I put together a letter that went through 10 different ways they were violating the law, and the employer promptly accommodated the man with the beard.

We’re living in a time where people’s civil rights are being taken away. I see it every day. It’s the small accomplishments that keep you going.