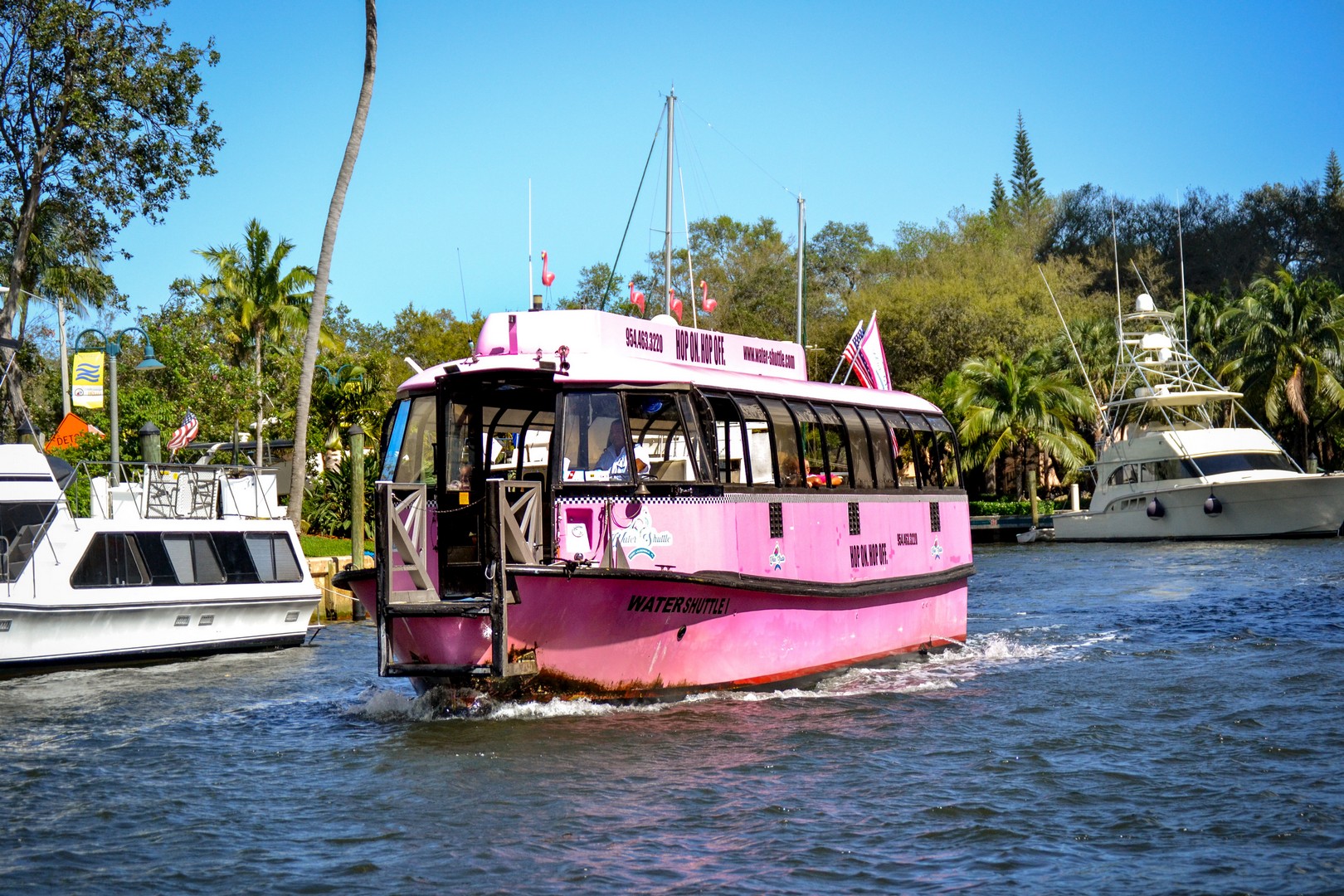 Fort Lauderdale calls itself the Venice of America, but how much do we really know about the waterways that spurred the comparison to Italy’s famed city of canals?

Local marine biologist Paola Espitia is here to help. In March, she launched the Blue Discovery Tour, a two-hour boat ride aboard the bubblegum-pink Water Shuttle. On the fourth Saturday of the month, she guides tourists and locals alike through the waterways, sharing her knowledge of the coastal ecosystem and the history of the waterways.

“We have really neat, special ecosystems here that people don’t know about,” says Espitia, who moved to Fort Lauderdale from the northeast 10 years ago to attend graduate school at Nova Southeastern University’s Oceanographic Center. “I realized that I loved doing the research and learning. I wanted to create some way to connect science and society.”

The shuttle awaits customers in the Riverwalk District, at Riverfront Plaza in front of Briny’s Irish Pub (305 S. Andrews Ave.) at 11 a.m. This month’s tour date is June 24, 10 a.m.-noon. Alcohol is allowed onboard.

It’s informational—did you know staghorn coral is endangered throughout the Caribbean but somehow thrives in Fort Lauderdale?—but it’s also a way to reconnect with the water, Espitia says.

“What I’ve come to believe is that when we have positive experiences by the water, it actually inspires us to want to do something to support the ocean and keep the area beautiful,” she says.

She often uses the phrase “blue mind,” which she learned from a book by scientist Wallace J. Nichols. It’s been shown that when people spend time on, under or near water, their brains go through changes that increase focus, creativity and happiness. The ocean also has calming properties, such as its blue hue, the rhythmic sound of waves and the breeze.

“It’s an excuse to talk all about the marine science world—all the mangroves and these cool biological things—but it’s also a neat way for people to see their time on water as something beneficial to their everyday lives,” she says. “Something bigger than sea turtles and birds. Yes, that’s awesome. But guess what? It goes even deeper. It can change you.”

When she’s not pointing out coral reefs (Fort Lauderdale has three that run parallel to the shore), Espitia is working at Ola’pi Creative, an agency she founded with business partner Pay (pronounced Pi) Aponte. They help ocean-centric, environmentally conscious people and companies share their messages.

“We need to keep this coastal community in the forefront of the conversation,” she says. “We need to rethink how we live our daily lives to be conscious of how what we do affects the waterways.”