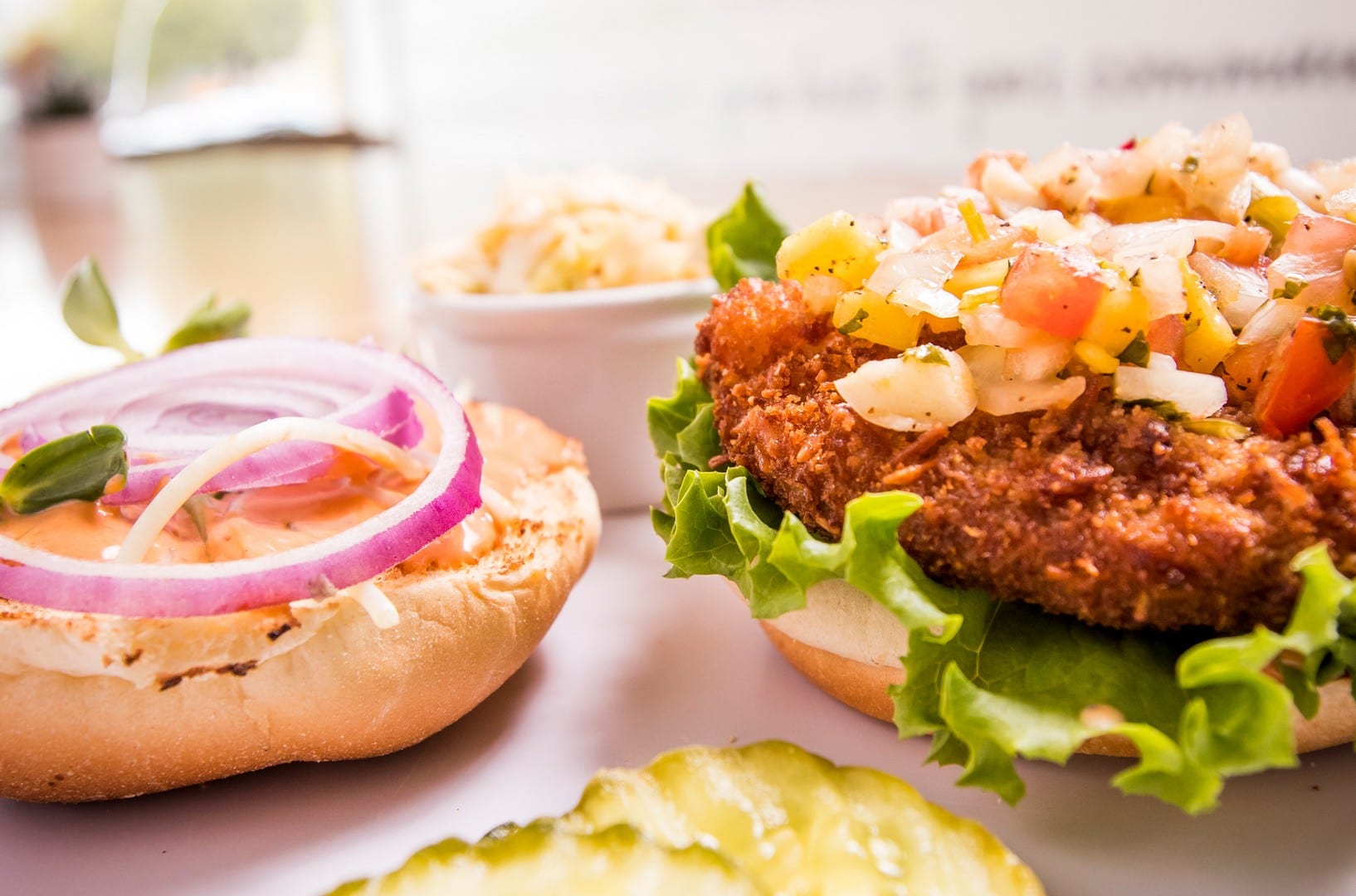 Charlie Grippo understands the reluctance of diners who wouldn’t dream of stepping foot in a vegan restaurant. And he appreciates the concern from the steak-and-potato crowd that restaurants such as his serve nothing but “twigs and dirt, and celery and carrots.”

“I get it from a guy’s perspective,” says the co-owner of Green Bar & Kitchen, who has designed the menu at his Fort Lauderdale plant-based restaurant to satisfy those who “need meat and sustenance.” How have Grippo and co-owner Elena Pezzo found a way to serve healthy food, without sacrificing flavor? Grippo has no problem spilling the beans.

“I think about the foods that I love, and then I [figure out how to] go about making them vegan,” he says. “How can I mimic this particular dish to the point where you’re not going to even know the difference?” One of the items recently introduced is Grippo’s version of the hush puppy, a side dish created with pulp leftover from the juicing machine; it’s made with carrots, beets, apples and flax, and then it’s flash fried. It also satisfies Green Bar’s “no waste” mission.

“When you hear the word ‘vegan,’ it comes with this rebellious, animal saving, activist type of political twist,” Grippo says. “Being ‘plant-based’ takes the militant out of veganism.”

The husband and wife started serving their plant-based cuisine out of a food truck in 2010. Pezzo says they decided to open the restaurant after the mobile version, Zenergy, developed “so many groupies that we realized we needed a brick-and-mortar” location. They found their nirvana on Southeast 17th Street in a nondescript strip mall.

It’s been a fun ride, mostly filled with “trial and error,” Grippo says. He focuses on the flavor profile and the food, while she works with the staff and customers, and “creating a community.” Their outdoor patio, a casual setting with a large Buddha fountain as the centerpiece, also is the place for Saturday “empowerment” workshops, which Pezzo hosts; guest speakers; open-mic nights and photography classes.

Grippo and Pezzo grew up together in New York but became a couple after a family tragedy. It’s how the business was born, too. In 2011, Pezzo’s brother, Anthony, 47 at the time, suffered a stroke. “Doctors told us he wouldn’t be able to see, hear or speak,” Pezzo says. The medical recommendation to the family was to stop life support. “I decided if I had to dedicate the rest of my life to being his caretaker, I would.”

She remembered a lecture she attended in which Barry Sears, author of the diet book The Zone, talked about using fish oil as an anti-inflammatory. She started giving Anthony “massive amounts.” She also rubbed coconut oil on his head and feet, gave him cold-pressed juices and played motivational music—the theme from “Rocky” was a staple. She also prayed that if her brother got better, she would dedicate the rest of her life to teaching people about the power of nutrition. Five months after Anthony’s stroke, he came out of his coma and has recovered.

Now hitting its four-year mark, Green Bar & Kitchen has a winning formula, too. Its popular GBK Deluxe Burger is made with brown rice, quinoa, chick peas and sunflower seeds, among other ingredients. It added a commissary location on Galt Ocean Mile, where its vegan baker and vegan butcher prepare foods for the main restaurant and where they host small, private dinners. And coming soon: a CocoWhip machine, which will produce a vegan, gluten and dairy-free soft serve ice cream.

“It’s not Dairy Queen, but it’s close,” Pezzo says. “For people who want to be sugar-free, it’s great. We’re only the second location in South Florida to have it.” It also is, Grippo says, “amping up retail with more grab-and-go items” so people can enjoy the flavors of Green Bar & Kitchen at home.