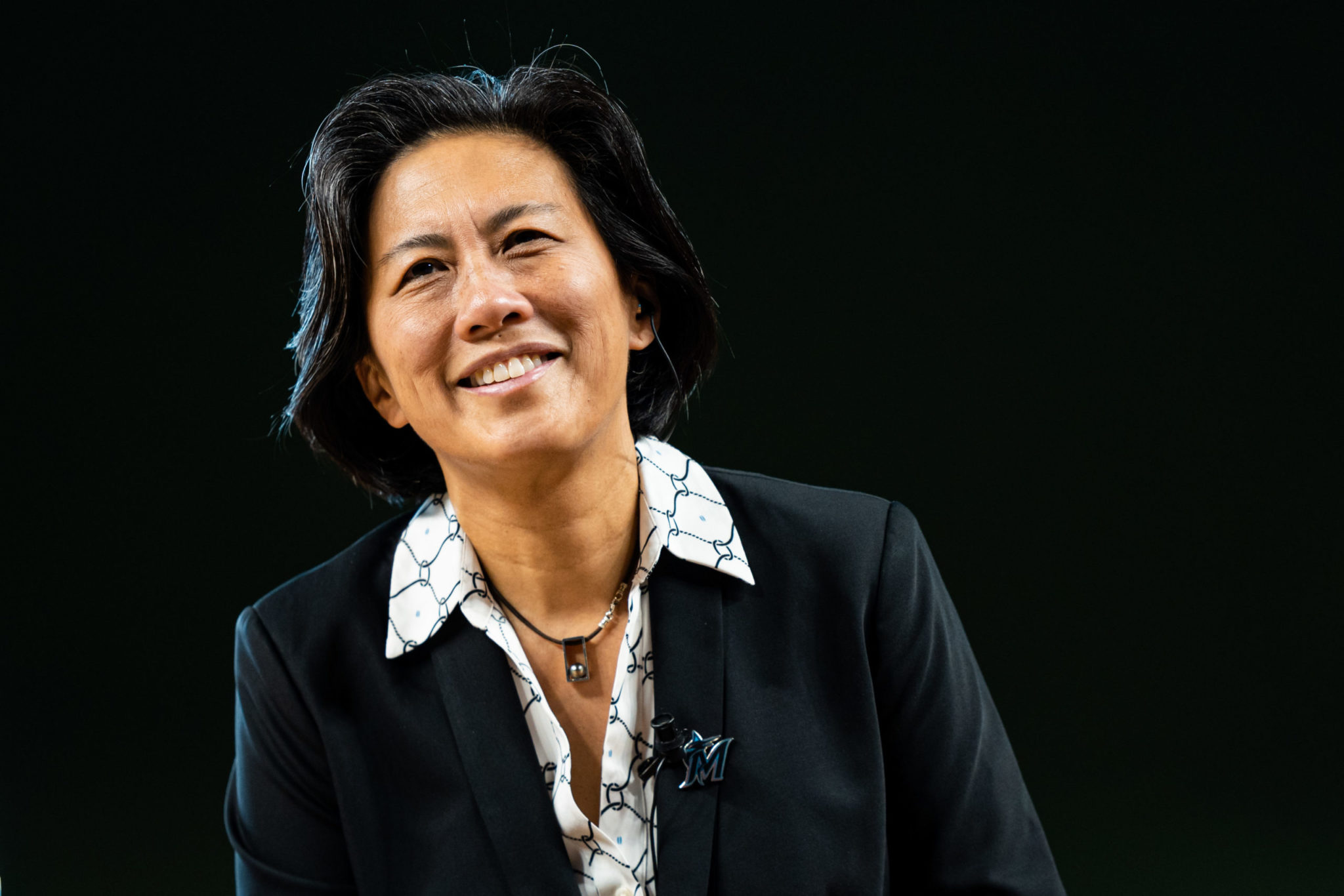 Four small black-and-white photo blocks above the main image tell the story of a lady in 1913 who boarded a train in Boston; got the urge to smoke in New York City; lit up near Trenton, New Jersey; and was kicked off the train somewhere around Baltimore.

Below those images stands a tall, confident dark-haired woman in a smart pink pants suit holding a slender cigarette next to the words, “You’ve come a long way, baby.”

Fifty-plus years ago, as a marketing slogan in a Virginia Slims print ad, that line was viewed as a symbol of female empowerment. Against that backdrop, women have made strides of all kinds since the late 1960s. For one thing, Virginia Slims finally ditched the antiquated “baby” reference, even though it lasted through the 1980s.

Far more importantly, when it comes to the wider lens of history, glass ceilings are breaking left and right—and not just in Washington, D.C., where Kamala Harris became the first woman and woman of color to be sworn in as vice president of the United States. Just in the sporting world—specifically, sports played by men—Vanderbilt’s Sarah Fuller became the first woman to score in a major conference college football game, when the placekicker booted not one but two extra points in a December battle against Tennessee. Last month, Sarah Thomas became the first woman to officiate a Super Bowl.

And here in South Florida, the Miami Marlins named Kim Ng, this month’s cover subject, as its new general manager. Not only did Ng break the glass ceiling in Major League Baseball, becoming the sport’s first female GM, she’s also the first woman to hold that position for any major North American men’s sporting franchise.

Still, it shouldn’t have taken so long. Ng’s 30-year résumé couldn’t have been more impressive; indeed, she’d been interviewing for GM openings since 2005. But, as MLB Network analyst and former New York Mets pitcher Ron Darling noted, “She was on the slow track, quite frankly, because she was an Asian woman.”

Following Ng’s hire by the Marlins, a story from 2003 resurfaced about a Mets executive who approached her at a hotel bar during baseball’s annual general managers’ meetings. He asked Ng, “What are you doing here?” and “Where are you from” before invoking a fake accent to mock her East Asian heritage. The Mets fired the executive, but let’s not kid ourselves. Similar incidents, and some far worse, still happen in those dark corridors where threatened males view the business world through Mad Men eyes.

Fortunately, for women in South Florida, advocates like Marya Meyer has your back. In addition to our story on Ng, you’ll also meet the current leader of the Women’s Fund Miami-Dade, who’s helping to create powerful alliances that address issues like gender violence and pay inequity.

It’s true, women have come a long way compared to the lady in the cigarette ad who was booted off in Baltimore. That train has left the station. And thanks to Ng, Meyer and the other women of influence featured this month, there’s no stopping it now.

Enjoy the issue, which you can read here.