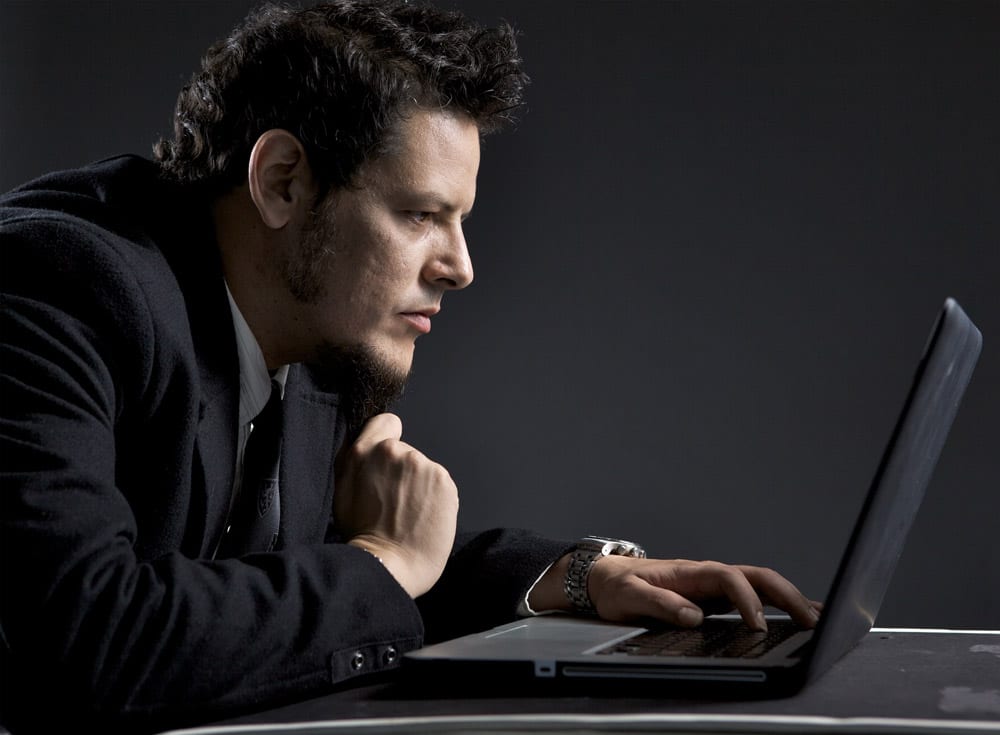 Echemendia was born in Cuba and moved to Miami when he was 9 years old. At the age of 14, he began playing with and taking apart ham radios, and a curiosity for electronics was born. Shortly thereafter, the teen learned he could “access all kinds of interesting stuff” with just a computer and a modem. “That year, I asked my mom for a Commodore 64; she thought she was buying me an Atari,” Echemendia says. “That first computer was how I got into BBSes [bulletin board systems] and started communicating with other hackers.” That exposure led him to Phrack magazine and the famed “Hacker Manifesto” (considered the birth of hacker culture), to which Echemendia says he connected. “I realized, hey – that describes me too.”

After dropping out of high school, Echemendia got a job at a PR agency (because he could type fast) that handled accounts such as IBM and Lexmark. When he started showing his clients what he could do with computers, he says, “They were blown away because they didn’t know this stuff.”

The budding computer whiz eventually landed at Miami Children’s Hospital, where he became the first person in the United States to deploy medical charting on computers. The hospital soon realized safekeeping would be an issue, and when Echemendia was able to penetrate their protected files (at their request), he says, “That began my career in the world of ‘security.’”

With a new proficiency in the world of “penetration testing,” Echemendia was quickly swooped up by mega-corporation Terremark Worldwide and was assigned to work with Kroll, or what he calls the “legal army of the rich and famous.” The law firm immediately used his skills on a high-profile case in which a musician’s songs had been leaked before the album’s release. As the lead tech investigator, Echemendia and his team quickly found the person responsible. “After that, I was kind of the go-to guy for entertainment cases,” he says. “I was a different personality from the other investigators. Most of them were lawyers, and when you walk into a creative environment like music or film, they aren’t quite used to having cops in the building.”

Shortly after, Echemendia was sent to Vancouver to the set of one of the most notorious film leaks of all time: “The Twilight Saga: Breaking Dawn.” After examining every person with ties to the film, Echemendia found the leaker (who was consequently arrested in Argentina).

After such a celebrated investigation, the entertainment cases come pouring in, and Echemendia relocated to L.A. There, he linked up with legendary director Oliver Stone, who needed a technical consultant for his film “Savages.” The hacker and director soon solidified not only a beneficial working relationship, but also a true friendship. In a serendipitous turn, Stone’s next project happened to be the biopic “Snowden,” which is about notorious NSA hacker/leaker Edward Snowden. Stone knew he would need the best cyber expert in the business to walk him through every step of the process, and there was only one person for the job.

Echemendia and Stone worked side by side through pre-production, filming in Germany and, now, editing. “There was a lot of back and forth between Oliver and Edward; Oliver would come back to me with notes I had to ‘translate,’” he explains. “I was his right-hand man when it came to the technicalities in the movie. It’s a very difficult thing to make these complex matters understood and digestible.” He calls the movie, which is set to be released in summer 2016, “an important story and subject, something we all should know more about.”

The making of “Snowden” was an epic experience for Echemendia, to say the least (he is also responsible for the actual security of the film’s footage), which forced him to take a deeper look at the ongoing privacy debate. “There is no such thing as 100 percent security. It doesn’t exist,” he says. “The idea that we can prevent it is a fallacy.” What we can do, he says, is mitigate the damage, similar to a natural disaster. “We need to become more resilient, like we have done in South Florida with hurricanes. We cannot stop the hurricane, but we can board up houses, get water, know that it’s coming and prepare for it.”

To those efforts, Echemendia is developing an app that would act as an identity guard for people to protect their digital lives directly from their smartphones. “The biggest factor to lessening the damage is time – how much time before you act on a potential breech makes all the difference.” After spending his entire career protecting companies, Echemendia, a father of two, is excited to help the average consumer. “I want to provide people with a very simple way to understand and quickly act on a potential threat to their privacy, security or safety,” he says of his app. “If I can reduce the number of times my mom gets hacked, I’m doing something for the world.”