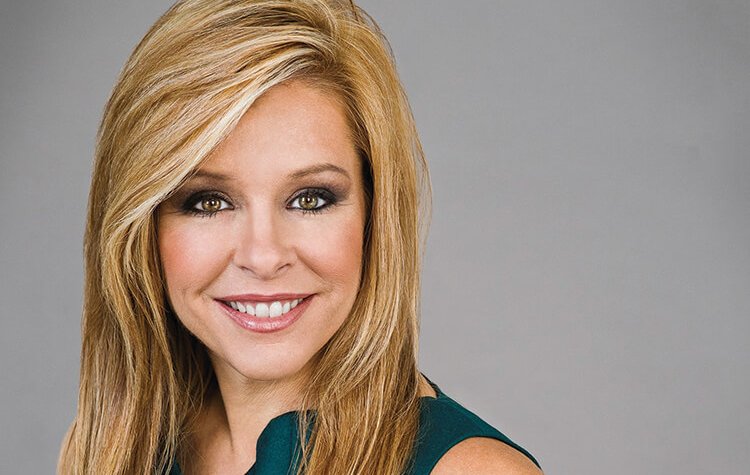 On the telephone from her hometown of Memphis, Tennessee, Leigh Anne Tuohy says she’s more than ready to come to sunny Fort Lauderdale after a rough winter. She just helped move her youngest son, S.J., to Fayetteville, Arkansas, where he’s taken a job as an assistant to football coach Chad Morris at the University of Arkansas.

“It was snowin’ so hard,” she says in a sweet Southern drawl.

It’s uncanny how actress Sandra Bullock, who played Tuohy in the 2009 movie “The Blind Side,” was able to capture the honey-coated accent. To get it down so perfectly, Bullock studied with Hollywood dialect coach Francie Brown. Tuohy says Brown hounded her. “She called me and said, ‘Say Leigh Anne 30 times. Say Sean (her husband’s name).’ ”

In explaining how she nailed it, Bullock later noted that it wasn’t just Leigh Anne’s accent, it also was the intent behind her words.

When you’re on the other side of the headstrong football mom, you know that Bullock has a point. Everything that Tuohy says has a purpose, and that purpose is filled with passion.

That’s one of the many reasons why Tuohy was asked to speak at the seventh annual United Way of Broward County’s Women United Magnolia Luncheon (March 15 at Pier 66 Hotel & Marina in Fort Lauderdale). Maureen Shea, CEO and co-founder of Right Management for the Florida/Caribbean region, and Ashley Shea, brand and retail creative services manager for AutoNation, will be honored at the event.

“I have so many people send me stories, and I hear wonderful things every day that women are doing to change people’s lives,” Tuohy says. “These two women being honored are just prime examples.”

Tuohy and her family became famous after the book and movie “The Blind Side” shared the story of how she and Sean adopted Michael Oher, a Memphis teenager whose mother was a crack addict, and whose father was shot and killed.

One winter day a few days before Thanksgiving in 2002, Leigh Anne, Sean and their children (S.J. and Collins) were driving home. Oher was walking in 40-degree weather, wearing shorts and a T-shirt, when Leigh Anne spotted him. Her children recognized the 6-foot-2, 300-plus-pound teen (15 at the time) as a classmate from their school. Leigh Anne told Sean to turn the car around. The Tuohys’ lives—and Michael’s—never would be the same.

Oher went on to play college football for the University of Mississippi and became a first-round draft pick in the NFL for the Baltimore Ravens in 2009.

“Michael has had a much greater impact on our lives than we did on his life,” says Tuohy, who was an interior designer before becoming a motivational speaker after the movie’s release. She touches on the movie and its aftermath with Lifestyle.

On how the movie changed her family’s life: I don’t think anything happens by accident. Michael shouldn’t have been there that day; it was not a common place nor time for us to be driving down that road, and it wasn’t commonplace for him. We don’t believe in fate. We believe that us being there at that time and place and him being there, too, was 100-percent God-driven.

It’s crazy the amount of good that’s come from turning that car around. There isn’t a day that goes by that someone doesn’t tell me, “We adopted because of you.” People have stepped up because this movie validated [the idea that] “Hey, it’s OK to love someone who doesn’t look like you,” or, “Hey, it’s OK to have someone in your family that doesn’t match you.”

On what motivated her to take in and adopt Michael: My husband was an athlete and an All-American basketball player, and his dad was a high school coach, so he was always in that athletic world. When Sean was growing up, he saw so many times how society [pulled] on a kid who was athletic. They’d use them for whatever amount of time the kid would be beneficial to the school. But that child’s needs were never considered or filled.

My parents always opened their home, too. Kids would come home with me from high school and sleep on our sofa because they had nowhere to go. Sean and I always had a passion for older kids like Michael. We helped kids before—but nothing to this extreme until we met Michael. It’s not easy, but, hell, raising two biological kids wasn’t easy—so life isn’t easy. But these kids are deserving of a chance and opportunity.

On how Sean and Leigh Anne help kids now: There are three or four right now that we do everything for, and they are part of our family; that will always happen. We still do a lot, and we don’t need to talk about it. We’re out there enough, but, on the other hand, my three kids say, “Well, people are tired of hearing about it.”

And I say, “I don’t really care, ’cause people can either emulate the Kardashians, or we can try to give them something more real to emulate. This is what is lasting. This is what’s going to matter.” We don’t have a lot of things to follow in this country that are making a difference. We all need to get up and do something to contribute. I can give anyone something to do—because sitting there and not doing anything is not an option. It makes me furious.

Michael had a great run in the NFL, but we were in concussion protocol for the past year. [Oher suffered a concussion in 2016 playing for the Carolina Panthers, and played in only three games before being placed on injured reserve.] It was a scary time from a mom’s perspective, but he’s better now. He’s retired from football. We’re trying to figure out what we’re going to do together. Maybe a children’s book.

About Women United: United Way of Broward County’s Women United is composed of 800 women whose contributions go beyond financial donations—their passion and dedication make a difference in their respective South Florida communities. The women are part of a global network of more than 70,000 women in 155 communities across six countries.