Red alert: Love comes in all edible shapes and sizes at Fireman Derek’s, the brainchild of fireman-turned-baker Derek Kaplan (all recipes, the business boasts, are “tested and approved” by actual firefighters). A Nutella stuffed cookie, for example, involves homemade chocolate chip cookie dough pressed into the bottom of a heart-shaped cake pan, layered with Nutella, and then sealed with another layer of cookie dough; it’s then baked until crisp on the outside and gooey in the center. 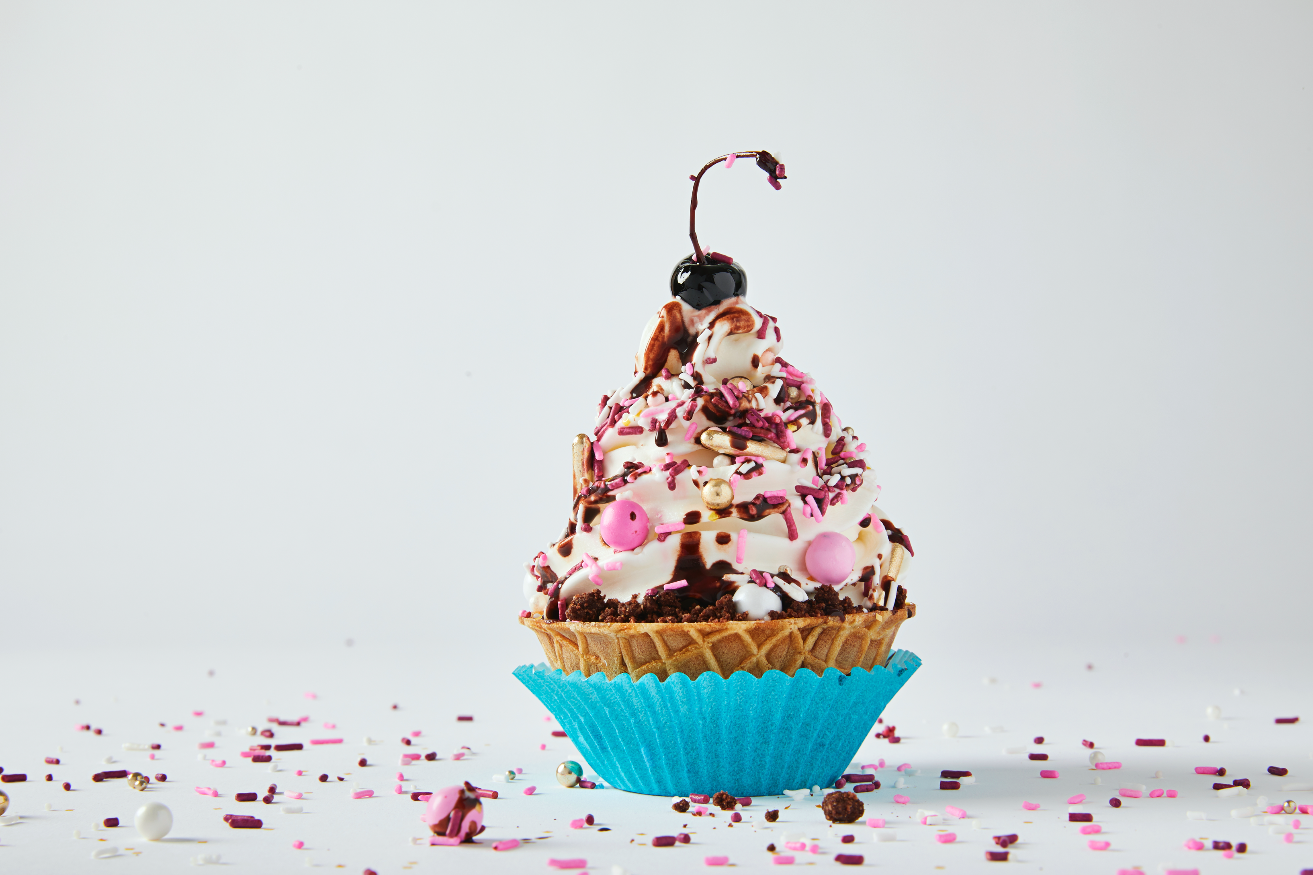 The Red Velvet Cupcake at Frohzen

Customers should expect to see their share of red amid the house-made ice creams and sorbets inside the store at Paradise Plaza in the Design District. The Red Velvet Ice Cream Cupcake is scooped into a waffle cone and topped with chocolate cookie crumbles, cream cheese soft serve frosting, and festive, shiny sprinkles. For a fancier treat, there’s a Red Velvet Ice Cream Cake, made from the same ice cream as the cupcake and decorated with pink, purple, and fuchsia frosting and sprinkles.

And, no, this isn’t your garden-variety ice cream. Martone, whose work with Robuchon included overseeing the dessert programs at 10 restaurants across the country (including Le Jardinier in Miami) was a James Beard Award nominee as Best Pastry Chef in 2015.