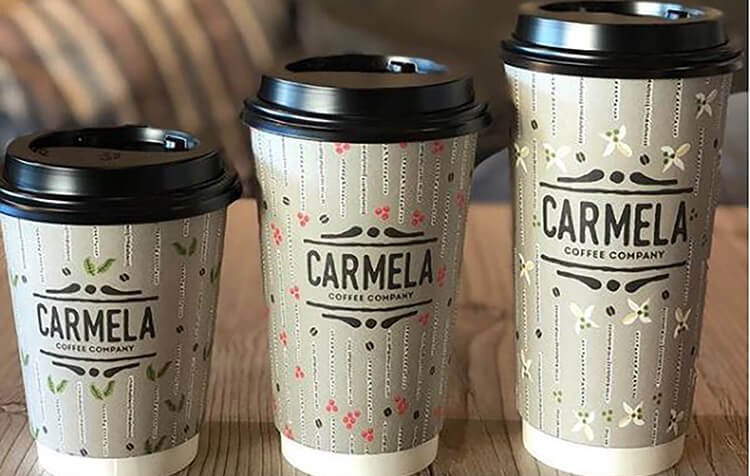 1. The back story: The friendship between co-owners Rainier Abreu and Rafael Baretta spans 25 years. They met in high school in Venezuela and, later, both earned chemical engineering degrees at Simón Bolívar University. In 2016, Baretta contacted Abreu (who has a master’s degree in business and works for a satellite communication service) about where to move in Florida. He also had a coffee venture in mind. When he joined Abreu in Parkland, the two started Carmela Coffee, an online subscription service.

2. Online and In-Person: In January, Carmela Coffee expanded into a coffee shop on North University Drive. Its signature roast is from Costa Rica, where Baretta has coffee contacts. “We saw a good opportunity to create, in a way, a showroom in Parkland,” Abreu says. “And to serve Parklanders high-quality coffee.”

3. What’s in a Name: Carmela isn’t named after anyone in particular. “We wanted to give [the shop] a personality,” Abreu says. “It’s a strong name, and we wanted to honor women, especially those who work on coffee plantations.”

4. Supporting a Cause: Proceeds from its products—water bottles, T-shirts, caps and bags—go toward Carmela’s foundation, which supports impoverished families and children in Costa Rica, Venezuela and Colombia.

5. Order’s Up: In addition to coffee, they serve beer, wine (Baretta gained experience in that industry during the few years he lived in Chile), croissants, paninis, soups, salads, smoothies and tea. “We made very few paninis before we opened, but then people wanted panini, panini, panini,” Abreu says. “We found ourselves getting into the panini world very quickly.”