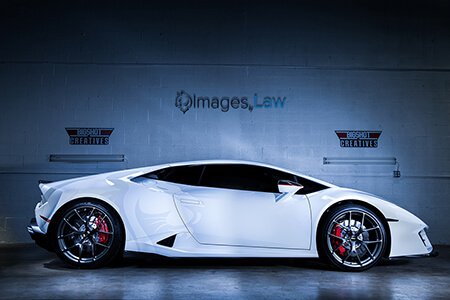 Build it once, build it right. That’s the mindset Chris Joerger, founder of Big Shot Rides, brings to his business. The Coconut Creek resident has developed a reputation as the go-to man for building and customizing anything with a motor.

Joerger discovered his love for cars at an early age, growing up near the raceways in New Jersey and building them from a young age.

His grandfather gave him his first vehicle, and although he wasn’t old enough to drive yet, he had three years to make it what he wanted.

“Even at a young age, I was doing stuff that nobody’s ever taught me, just figuring it out,” he says.

His passion for tinkering continued, and moving to Florida in 2002 opened the doors to start his own business.

Big Shot Rides specializes in vehicle wraps, paint protection, restyling features and anything imaginable. Joerger’s designs reflect his background in graphic arts and his time as a co-owner of Atlantic City tattoo shops.

“As clients came in, I had a very good knack of figuring out what they wanted and the style they wanted it in, and would match them up to an artist,” he says, recalling how this experience influenced his custom auto work.

Joerger describes his style as loud, out there and head-turning. Matching colors is one of his specialties, and he uses contrasting hues on interiors and exteriors to make a statement.

Customers work with him because they want to stand out, whether on a bold design or a polished, classic look. He’s worked on Ferraris, Lamborghinis and Bentleys, as well as classics such as a 1971 Chevrolet Chevelle. He’s also customized yachts and even a Learjet.

Previously known as Big Shot Creatives, Big Shot Rides has been open four years. Joerger says it will continue to evolve as he narrows his niche.

“I’ve been able to surround myself with guys that have been in the business for a really long time. And by watching them, it’s helped me develop, too,” he says.

Some clients are repeat customers. Joerger says trust between customer and craftsman has allowed him to blossom.

“I try to take on every project very personally,” he says. “At the end of the day, it’s my name on it.”