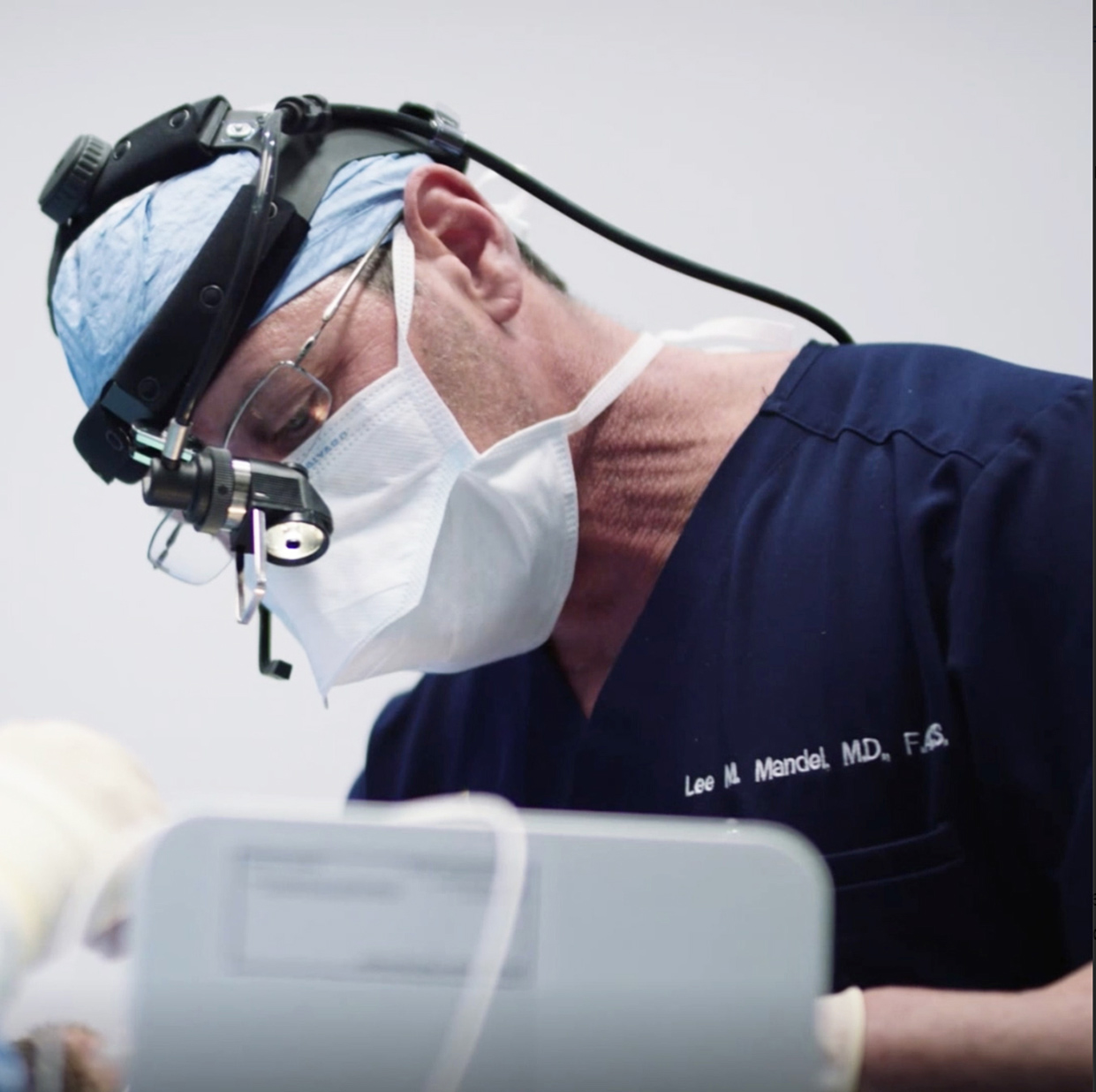 Being called out for loud snoring isn’t exactly an ego booster, but it’s hardly the most pressing concern for those suffering with sleep apnea, the disorder during which breathing repeatedly stops and starts. In severe cases, obstructive sleep apnea can lead to Type 2 diabetes, congestive heart failure and stroke.

But thanks to physician Lee Mandel, director of the South Florida Sinus and Allergy Center in Fort Lauderdale, there’s now a cutting-edge laser option for treating breathing problems caused by a soft palate or extended uvula. His exclusive Minimally Invasive Palatal Stiffening procedure, performed at his office under IV sedation, takes only three minutes on its own or 15 to 20 minutes when paired with a nasal procedure.

Mandel explains the back story behind MIPS.

The physics of apnea: “When people are lying down at night, there are potential areas of obstruction that can cause apnea, beyond nasal congestion or just turbulent nasal airflow. One is the palate, which can be overly long, overly floppy; also, the uvula can be overly large. Another is the base of the tongue, which we see enlarge in people who are obese. Generally speaking, sleep apnea is a combination of these three levels of obstruction, with the nose and palate being the most common. That’s why oral appliances, like mouth guards, don’t work; it has to be a multi-level approach.”

Past options: “Previously, procedures on the palate were more extensive—including the classic uvula/palate procedure, where you actually cut out a big swath of the palate, including the uvula. … The result was a long, semicircle suture line. The problems were that, first, it was really, really painful. It also took a long time to heal. Plus, [cutting too much out] could lead to a complication called velopharyngeal insufficiency where, for example, if you drank water it would go into the back of your nose instead of down your throat. Finally, because it was one long suture line, as it healed, it scarred—and that would narrow the airway. So, there was only about a 50 percent success rate.”

Laser breakthrough: “No one had accounted for the way the palate scars during healing. So, I wasn’t worried about what it looks like at the end of the procedure—I focused on what it looked like in six months. Is the patient getting the [desired] results? The minimally invasive procedure I created makes targeted areas of abrasion in the palate and shortens the uvula. As these abrasions heal, it’s actually drawing the palate up and stiffening it. With previous procedures, people complained for months about the discomfort. With [MIPS], there’s a sore throat the first week, scratchy throat the second. Most people will start seeing improvement by the end of the second week—and maximum improvement by eight weeks.”

Feedback: “I started this process about seven years ago, and I’ve been doing the final procedure for about four years. We’re about 85 percent effective just by doing either a palatal procedure or a combination of a palatal and nasal procedure—and getting all patients off of the [airway pressure therapy devices] used to treat sleep apnea. The other 15 percent can use an oral appliance to knock out the rest of the apnea. So, we’re approaching 100 percent effective in terms of our results. … I like to say that I’m one of the best marriage counselors in South Florida—because my patients [and their spouses] are no longer sleeping in separate beds.”