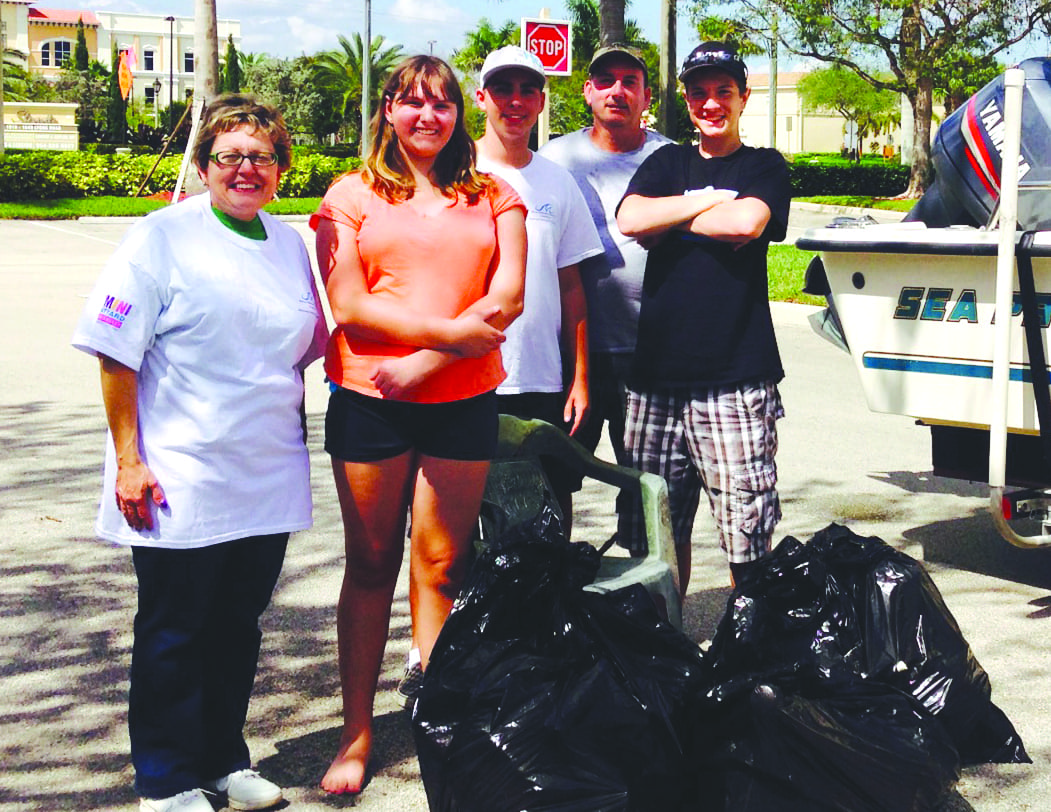 On March 1, about 23 Coconut Creek residents showed up in the South Creek area of the city. South of Coconut Creek Parkway and East of Lyons Road, to be exact, where there’s a canal system and a lake open to the public.

But they weren’t there to go swimming. They were there to pick up trash. With a smile or three.

The 37th annual Marine Industries of South Florida held its county-wide waterway trash pickup event in early March, and Coconut Creek participated like it has every year since 2009. The city first participated in waterway cleanups, though, in 1994 when then-city engineer Garth Hinckle told the city manager about an annual program called Waterway Cleanup ‘94 and how he thought it would be a good idea for the city to join in.

About 50 volunteers showed up that day. One of them was a resident named Becky Tooley who would later become mayor of Coconut Creek.

“It made a difference, especially in the area we worked in the park,” Tooley told the Sun Sentinel in ‘94. “I guess we’ll need to do it until we educate people not to throw things away.”

Which still happens today. According to Jim Hetzel, the city’s current Senior Planner of Sustainable City Coordination, the backwoods location of the cleanup has remained the same since the start, and with good reason.

“Most of the lakes in the city are within private properties and homeowners associations and they’re required to maintain and clean up their own canal system,” Hetzel says. “Where, unlike in South Creek, it’s all public. So as a participant in the program we just felt that was the most appropriate place to have the cleanup.”

In addition to the 20+ volunteers, two boats made their way through the South Creek canal to pick up trash, according to Hetzel. All participants were given gloves, trash bags, and a t-shirt.

“We are a green city so we like to participate in events that have environmental stewardship and environmental impacts on the city, which this cleanup did,” Hetzel adds.