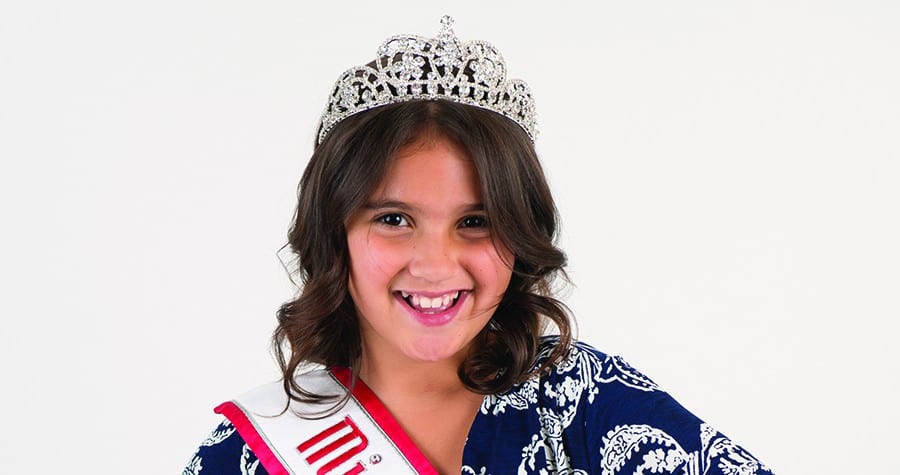 Every Saturday, you’ll find Ayla Friedman volunteering with Parkland Buddy Sports, a program that creates friendships among special-needs participants and their volunteer buddies. For Ayla, 10, volunteering is part of her commitment to community service as National American Miss Florida Junior Pre-Teen, the title she won this year in July competing against 176 girls in her age group (7-, 8- and 9-year-olds) in the state pageant in Orlando.

The fifth-grader at Riverglades Elementary School has been competing in the National American Miss pageant since she was 7. The for-profit contest for girls ages 4–20 bills itself as less of a beauty pageant and more of a confidence builder. “This is an ‘all-natural’ pageant,” Ayla says. “They don’t even allow you to wear makeup if you are under 12 years old and competing. It’s a pageant that helps girls be girls.”

Contestants are scored during competitions on personal introduction, which includes speaking to an audience, an interview process with judges and formal wear. Her father, Robby, escorts her in a suit and tie that matches his daughter’s dress.

Community involvement is also encouraged. “A couple of years ago, we had a neighbor whose name was Matteo,” Ayla says. “He had autism. When I won the pageant, I was inspired by him to join Parkland Buddy Sports. It’s an organization that helps special-needs children participate in organized sports.” Ayla enlisted a few friends to join. “The kids at Parkland Buddy Sports are the same as us—they just don’t have the same abilities as we do,” she says. “Everyone has their own special talents.”

Lakes at Parkland residents Rachel and Robby Friedman were skeptical when their daughter showed interest in competing in the pageants. They soon recognized its positive impact.

“As she practices for competitions, she has to work on how she communicates and how she articulates,” Robby says. “It has been a great affirmation to the type of kid that Ayla is, and it has shown me the young woman that Ayla is becoming.

“It’s shown me about Parkland, too. … When we started fundraising for Parkland Buddy Sports, the community was so generous.”