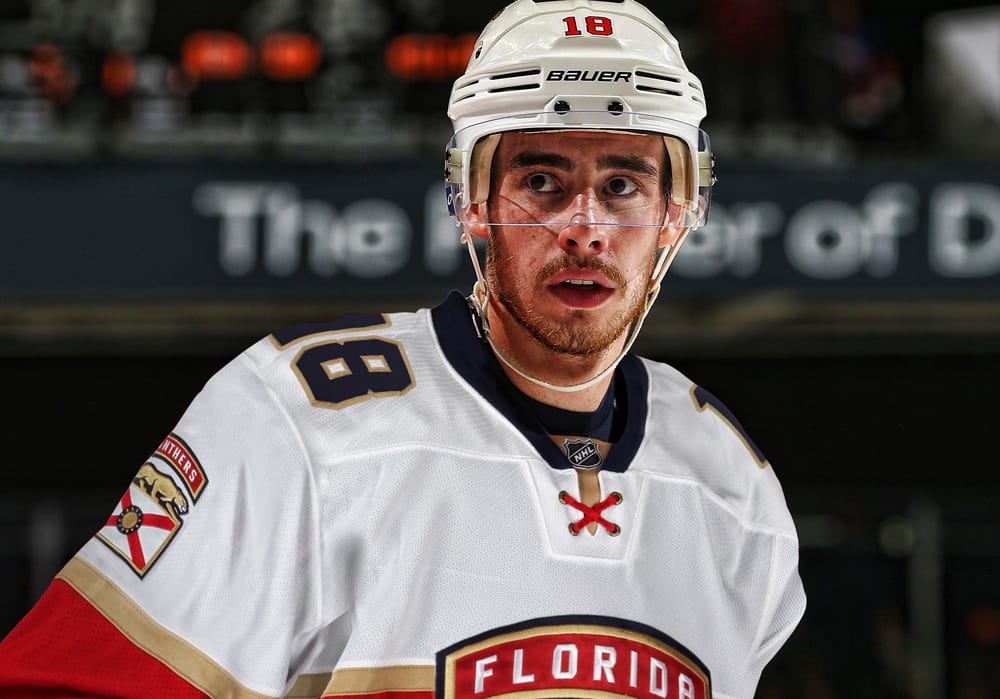 Little about the childhood of Florida Panthers right winger Reilly Smith runs contrary to the stereotype of a Canadian family with three boys. Yes, they were all in skates shortly after bidding adieu to diapers. And, yes, they lived and breathed hockey—but, as the youngest brother, Smith at least had options when it came to his puck pursuits.

“So I decided to take that year off [at age 4],” he quips. “I had some other things I needed to take care of before I laced up the skates for good.”

The delay of game did nothing to stunt his hockey growth. Two decades later, the 25-year-old is living the life of Reilly here in South Florida. Fresh off a 25-goal season in his first year with the Panthers—and a team-high eight points during the squad’s first-round playoff series loss to the New York Islanders—Smith signed a five-year contract extension worth a reported $25 million. It was one of several offseason moves that have Florida fans itching for this month’s start to the 2016-17 National Hockey League campaign.

“It feels like we’re building something here,” Smith says of a franchise that hasn’t made consecutive playoff appearances since 1996 and ’97.

The same can be said for Smith, who is finally planting some NHL roots after being shipped around early in his career. The 6-foot, 185-pounder played briefly with the Dallas Stars coming out of Miami (Ohio) University before being traded to the Boston Bruins in 2013. Two years later, the Bruins dealt Smith to the Panthers.

“It’s nice to find a home; hopefully, I can spend the entire contract here,” says Smith, whose brother Brendan plays defense for the Detroit Red Wings. (His oldest brother, Rory, is a defenseman in the National Lacrosse League). “Our fan base is building, and we have a lot of really good pieces on this team. We can do something special.”

Smith spoke more about his hockey journey with Lifestyle:

Did you get a sense of how much last season meant to the fans, given the franchise’s history?
Absolutely, especially because of all the rats being thrown on the ice. I know that’s something that started [during the 1996 season] when the team had its Stanley Cup run. It’s a little quirky—and the first couple of times, honestly, I wasn’t really expecting it—but it’s nice to see that there’s so much passion. We had some success last year, but we’re obviously looking for more this year.

How long does a series loss like last year’s to the Islanders stay with you?
It’s extremely frustrating. You play 82 games in a regular season to get to a point like that, you give yourself home-ice advantage, and then you lose a series that you feel you should have won. It was probably a month or two before I started thinking about hockey again; you want to take some time to free everything from your brain. But it’s a challenge.

On a personal level, you had a breakout season last year. Why do you think everything came together for you with the Panthers?
I was fortunate to be put in a great situation. I was playing with outstanding linemen, and I was given ice time that exceeded my own expectations. When the team as a whole is firing on all cylinders, it’s easy to pick up on that momentum. Last year was a great stepping-stone for me, personally, but I’m setting the bar higher.

Do you compare notes about teams and players with your brother during the offseason—the way that Peyton and Eli Manning used to do?
We do talk and reminisce about the past season; it’s definitely not on the level of Peyton and Eli. But that’s what’s great about having an older brother in the league. He’s a great sounding board, and I’m fortunate to have that.

Did your brothers go easy on you when you were kids?
We played a lot of hockey—there were lots of games in the basement. … And, yes, I was the punching bag, for sure.

If you have a chance to slam Brendan into the boards when florida plays detroit, are you doing it—or do you pull back?
We’ve gone after each other a little bit over the years. We have a great relationship, but once the puck drops, there’s not much love lost.

Is any of that payback for those games in the basement?
Absolutely. He has a lot to make up for.

The Florida Panthers kick off the 2016-17 regular season with a pair of home games at the BB&T Center—Oct. 13 against the New Jersey Devils and Oct. 15 against the Detroit Red Wings. All fans will receive a miniature Atlantic Division champion banner on opening night and a Jaromír Jágr bobblehead on the 15th.

Call 954.835.7825 or visit floridapanthers.com/ticketcentral for information on full and partial ticket packages, single-game suites and other options.