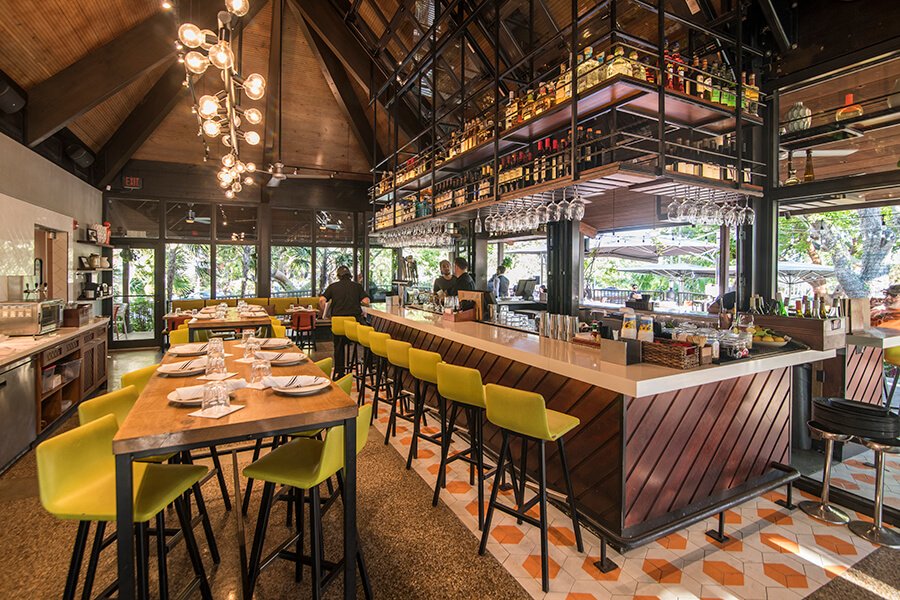 His time to shine

Giorgio Rapicavoli estimates he has spent roughly 15 years—about half of his life—inside loud and busy kitchens.

At age 14, he started as a busboy. It wasn’t long before he talked himself into a job in the kitchen instead. After high school, he enrolled at Johnson & Wales’ culinary school. Despite maintaining a nearly perfect GPA, he dropped out once his scholarship ran low. By 21, Rapicavoli had climbed the ranks to chef de cuisine at Chispa in Doral.

Now 32, many call him one of Miami’s most successful homegrown chefs. But Rapicavoli credits his prosperous career to the city’s well-known chefs that came before him.

“Without people like Norman Van Aken, Allen Susser, Michelle Bernstein and Michael Schwartz, I wouldn’t be able to operate,” he says. “Now it’s our turn as young chefs to make a difference.”

Rapicavoli built his near two-decade career upon cooking food he believes in. It goes beyond what the customers want, he says. “The city has really embraced great cuisine,” he says. “But, ultimately, it’s about staying true to yourself and making foods that are fun and unique.”

In the last decade, Rapicavoli has cooked up all kinds of dishes—nutmeg risotto, Cap’n Crunch pancakes, pork belly in guava-miso glaze, and carbonara fries in black truffle crema.

With three James Beard nominations and a spot on Forbes’ 30 Under 30 Food & Wine in 2012, Rapicavoli is one of Miami’s most-decorated chefs. But it didn’t happen overnight. With an Argentine and Italian background, Rapicavoli started cooking young. He often joined his mom in the kitchen and went from scrambling eggs to perfecting his family’s pomodoro sauce recipe.

After appearing on and winning the first season of Food Network’s “Chopped” in 2011, Rapicavoli finally felt confident enough to open his own restaurant and propel himself into the local culinary scene, opening a pop-up place called Eating House in Coral Gables.

“We started small,” he says. “My partner and I quit our jobs, put all of our money together, and went all-in. No investors, no loans. Just him and [me]. It was thrilling.”

It wasn’t long before Eating House became one of Miami’s definitive dining spots. At first, Rapicavoli and longtime friend and partner Alex Casanova operated it inside a kitchen that mainly was used for breakfast and lunch. With no storage and little preparation time, he and Casanova created nightly menus based on what was available and seasonal, but also what they felt like serving.

The pop-up lasted seven months before they bought the space and made Eating House a permanent fixture.

“We’ve been hands-on since day one,” Rapicavoli says. “That’s what has made us successful. And now, more than six years later, we keep evolving.”

“It was definitely nice to get my feet wet with Eating House,” Rapicavoli says. “Glass & Vine is a beautiful property, but it’s a different atmosphere. Having both allows me to be two different chefs.”

When Rapicavoli isn’t working, he spends time in South Miami. And if he doesn’t feel like cooking, you may even catch him at a local Houston’s or Hillstone.

“I’m not really a Design District or a Wynwood guy,” he says. “I love being in South Miami. That’s where my restaurants are. And to me, that’s where Miami really is.”

While Rapicavoli doesn’t have concrete plans for a third restaurant, he will take a part-vacation, part-research trip to Italy this year, to find inspiration. “It’s always been a big dream of mine to open an Italian restaurant,” he says. “I’d love to open a cocktail bar too. I’ve got lots of ideas going.”

Feb. 23: Rapicavoli will appear at Best of the Best at Fontainebleau Miami Beach, which highlights 60 of the nation’s top chefs for unlimited samplings and pours. Tickets: $350

Mathew Peters and Greg Baxtrom, as well as Rapicavoli. Tickets: $250