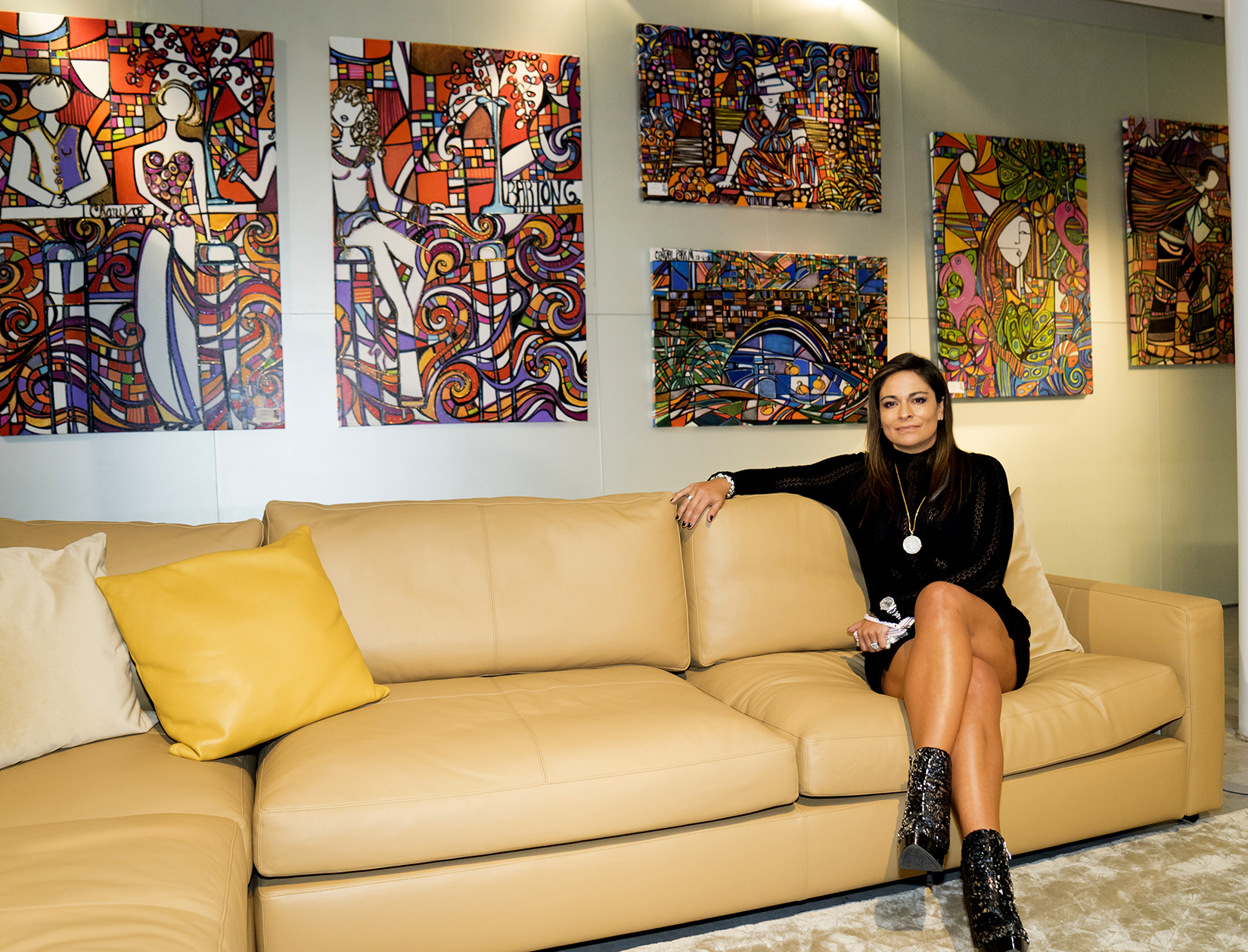 hen Rosario “Chary” Rico-Toro sold her first painting almost 10 years ago, she earned a couple hundred dollars. But she couldn’t get herself to spend the money.

As the months went on, she sold more pieces. She sold brightly colored geometric prints, such as cityscapes of Paris and Istanbul or abstract works of people, places and animals, for around $400 each.

Once she saved about $6,000, it finally clicked. While a few thousand dollars might not achieve much in the United States, the money had the ability to go far in Bolivia, the South American country where Rico-Toro was born and raised.

“There is so much need in my country,” she says. “I honestly couldn’t believe that I was making money off of my passion. It didn’t feel right to spend it on myself, so I decided to start my foundation.”

Born in Robore, a small town in eastern Bolivia, Rico-Toro spent her late teens and early 20s as a rising Latin American talk show host. Around the same time, she was the first Bolivian finalist in Miss Universe, the annual pageant viewed by more than a half-billion people.

In 2001, Rico-Toro moved to Miami with her husband. “Things didn’t go as planned,” she says, and soon after moving to the States, they divorced. For a while, she tried to make it as a TV host in Miami but didn’t achieve the success she experienced in Bolivia. “Looking back, I am so thankful that things worked out like this,” she says. “But at the time, it was very difficult.”

After meeting her now-husband Robert Korn and having two children, Rico-Toro searched for a passion to pursue while raising her kids.

“I always loved to paint,” she says. “But I don’t have any training. My husband told me to go for it, so I basically turned our house into my studio.”

For months, she painted in secret. Much of her work focused on vibrant and bold colors with squares, rectangles and triangles that depicted cities, parks and people. But after inviting some neighbors and friends over, she realized she could make money off her work.

“It was crazy,” she says. “People actually wanted to buy my art.”

With the money she raised, Rico-Toro launched the Inti Foundation in 2008, an organization that supports underserved children in Bolivia and South Florida. Her first mission was to provide $4,800 for an orphanage in Santa Cruz, Bolivia, that needed a new roof. Through her art, she and her husband successfully funded and installed the roof.

The following year, Rico-Toro raised money for a children’s shelter project. It wasn’t long before word caught on across Bolivia about the foundation. From there, the requests for aid began to pour in.

More than a decade later, the Inti Foundation focuses on building homes, funding medical treatments and creating youth soccer leagues in underserved areas. In addition, Inti donates money to organizations that aid children living in areas dominated by gang violence and a lack of family support, such as the United Way of Miami, Big Brothers and Big Sisters of Miami, and Jewish Adoption and Family Care.

Rico-Toro’s work can be purchased online and, lately, she has started producing unique portraits for clients, too.

“We do art shows once or twice a year,” Rico-Toro says. “We also host an annual gala to help raise money too. Everything we do, 100 percent of the money goes to the children.”

To purchase Rico-Toro’s art and learn more about the Inti Foundation, visit intifoundation.org.