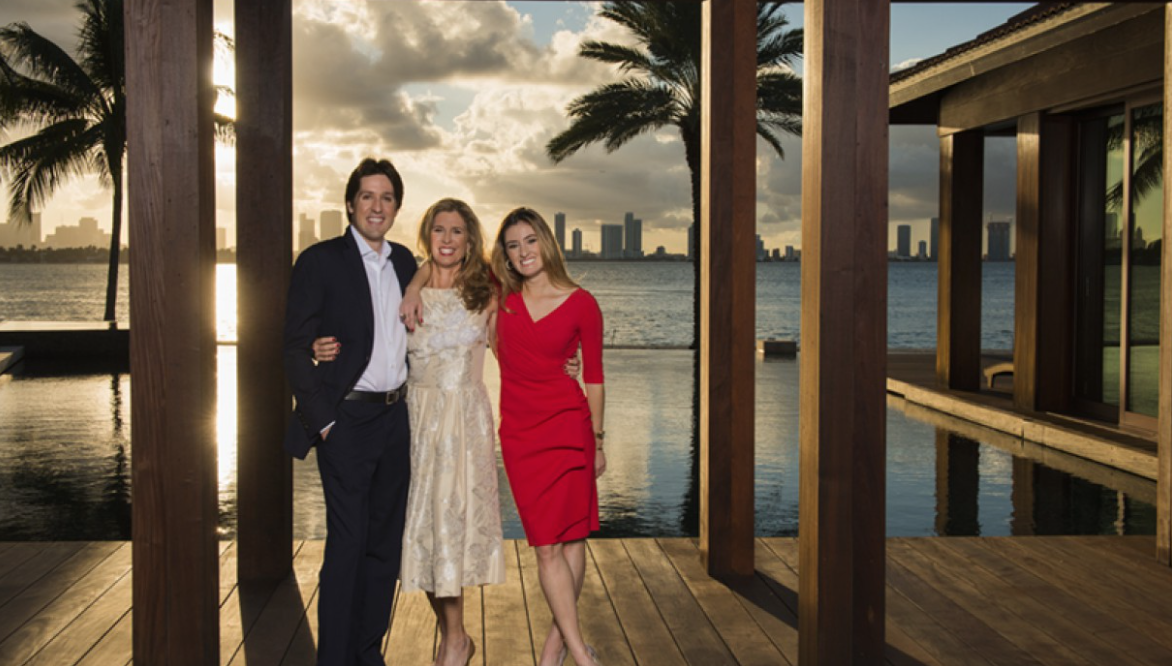 An entrepreneur builds her business with family

Whether they’re head of the household or the boardroom, some moms juggle it all to grow thriving companies with the help of their kids, including Alina Villasante.

Founder of lifestyle brand Peace Love World, Villasante turned her passion for spreading good vibes into a global apparel success. She’s signed partnerships with the likes of Oprah Winfrey, the NBA and Pharrell Williams. Celebrity fans include the Kardashians, Jennifer Lopez and Britney Spears. Her clothing line is known for emblazoned affirmations (such as “I am Love”) and is comprised of comfortable T-shirts, hoodies, pants and so forth for men, women and children.

Headquartered in Doral, and established in 2008, Peace Love World has eight stores and is sold in 2,000 stores worldwide. Her daughter, Mia, oversees

the company’s social media and marketing and helps with design.

It all started in her living room. “Once a year, a week after Valentine’s, I would put together a party called the Love Party and it was 50-something women,” she says. “When they came through the door, they basically had to change into whatever I made them, whether it was ‘I am love,’ ‘I am happiness,’ pajamas or T-shirts.”

Demand grew for her custom-made cutout shirts. She took her scissors and made a $50,000 investment. Without any distribution, people would line up at her Miami home to get their hands on one.

She opened her first store in Sunset Drive with her three kids. When Mia graduated from the University of Miami, Alina gave her the option to work elsewhere.

“I actually moved to New York for six months in 2014. We have a showroom there,” Mia says. “But I really missed being present in the business. It was hard not to be involved every day. I had FOMO [fear of missing out]. I moved back quickly.”

Being both family and colleagues isn’t easy, but the rewards of building a legacy are worthwhile.

“We do bring the personal relationship inside the office. And I think you have to evolve to a place of professionalism, it’s not always easy but I wouldn’t want it any other way,” Alina says.

Adds Mia: “She is my role model. Everything that she does is very genuine. This vision, this mission of hers, comes from the heart. I think that has made her successful and is what inspires me to be a part of it.”