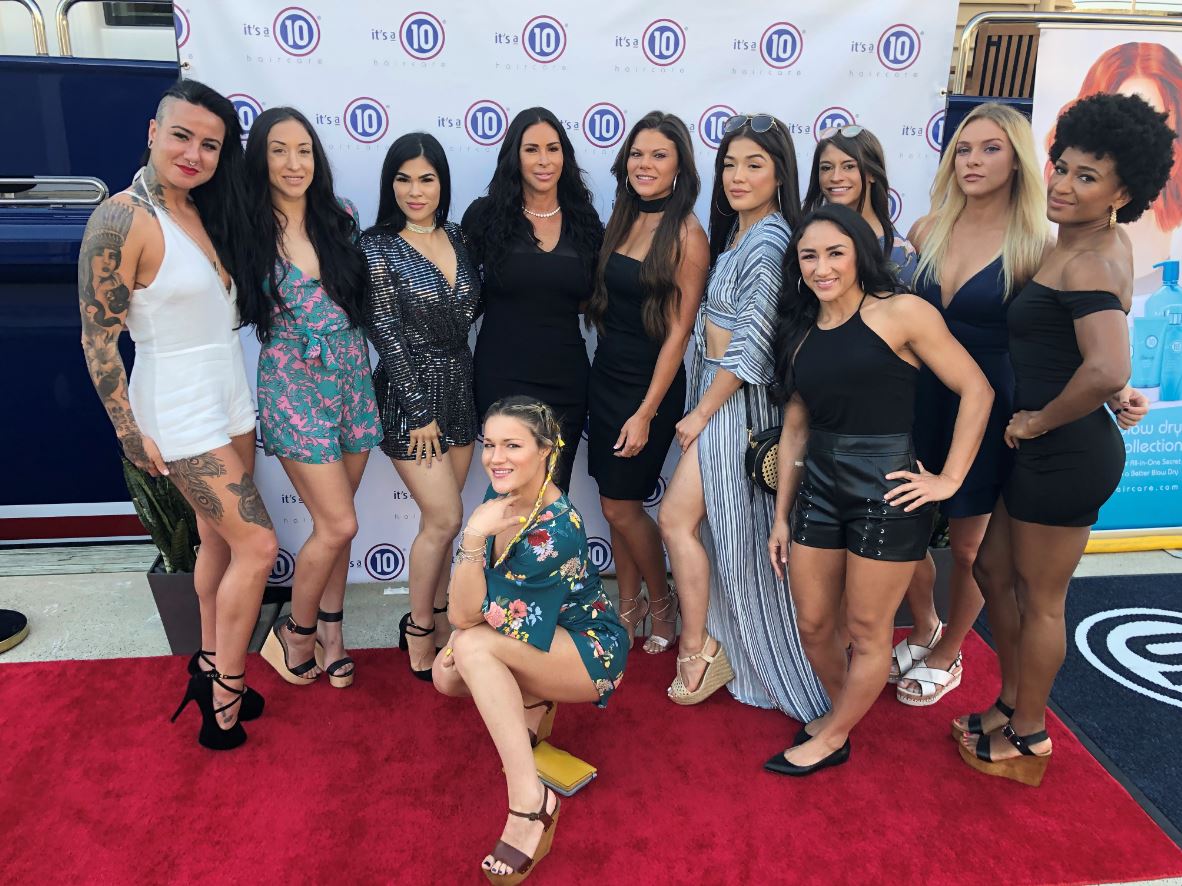 In a new campaign launched this week, It's a 10 hair-care partners with a "Super 10" collection of female MMA fighters to promote its mission of empowering women.

From the inception of It’s a 10 nearly 13 years ago to the worldwide hair-care brand it is today, founder and CEO Carolyn Aronson’s mission has remained the same. “I want to create a business with a purpose,” she says. Since taking sole ownership in 2017 of one of the only female-run professional hair-care brands in the world, she’s done just through charitable associations (like the Leukemia & Lymphoma Society) and community initiatives including school safety.

Aronson also has a history of taking chances in business. Two years ago, she launched the first-ever Super Bowl commercial by an indie hair-care brand, one with a social message (the beauty of diversity) and not-so-subtle political jab (“We’re in for at least four years of awful hair,” said the ad’s narrator). This month, she’s taken to the skies with a branded blimp that’s flying over the Coachella and Stagecoach music festivals in California. “I want to go where the people are,” she says.

Back in Fort Lauderdale, Aronson recently went where the mixed martial arts fighters are as It’s a 10 announced a first-of-its-kind collaboration with 10 of the world’s best female MMA fighters. This “Super 10” collection of powerful women, who will serve as social influencers, speaks to Aronson’s vision for her brand.

“[These women] have overcome so much to be in an industry that is very male-driven,” she says. “It’s not just about who they can overcome in a cage. I want them to talk about that and inspire other women and help them feel beautiful inside and out.”

The athletes involved include Felice Herrig, Rachael Ostovich and Tracy Cortez. They stand behind the It’s a 10 brand both in the public eye and in life, representing its mission of promoting strong women.

“These are really, really super powerful women … Not only are they powerful within their weight classes, but they’re also empowering each other as well.”

To kick off this collaboration, the It’s a 10 team boarded the She’s a 10 super-yacht for an evening of delicious bites, cocktails and inspiring conversation. The yacht, built in 1988 and refurbished in 2013, is 164 feet long with five cabins and includes a deck whirlpool and plenty of water toys.

The campaign is one of the many innovations coming to the It’s a 10 brand. Aronson is excited about the future, mentioning a makeup line and beauty tools in the works. For now, she continues her mission of empowering women with her brand.

“Women’s beauty comes in so many different colors, shapes, forms, hair types, but it also really comes from within,” Aronson says. “I’m a strong believer in that.”