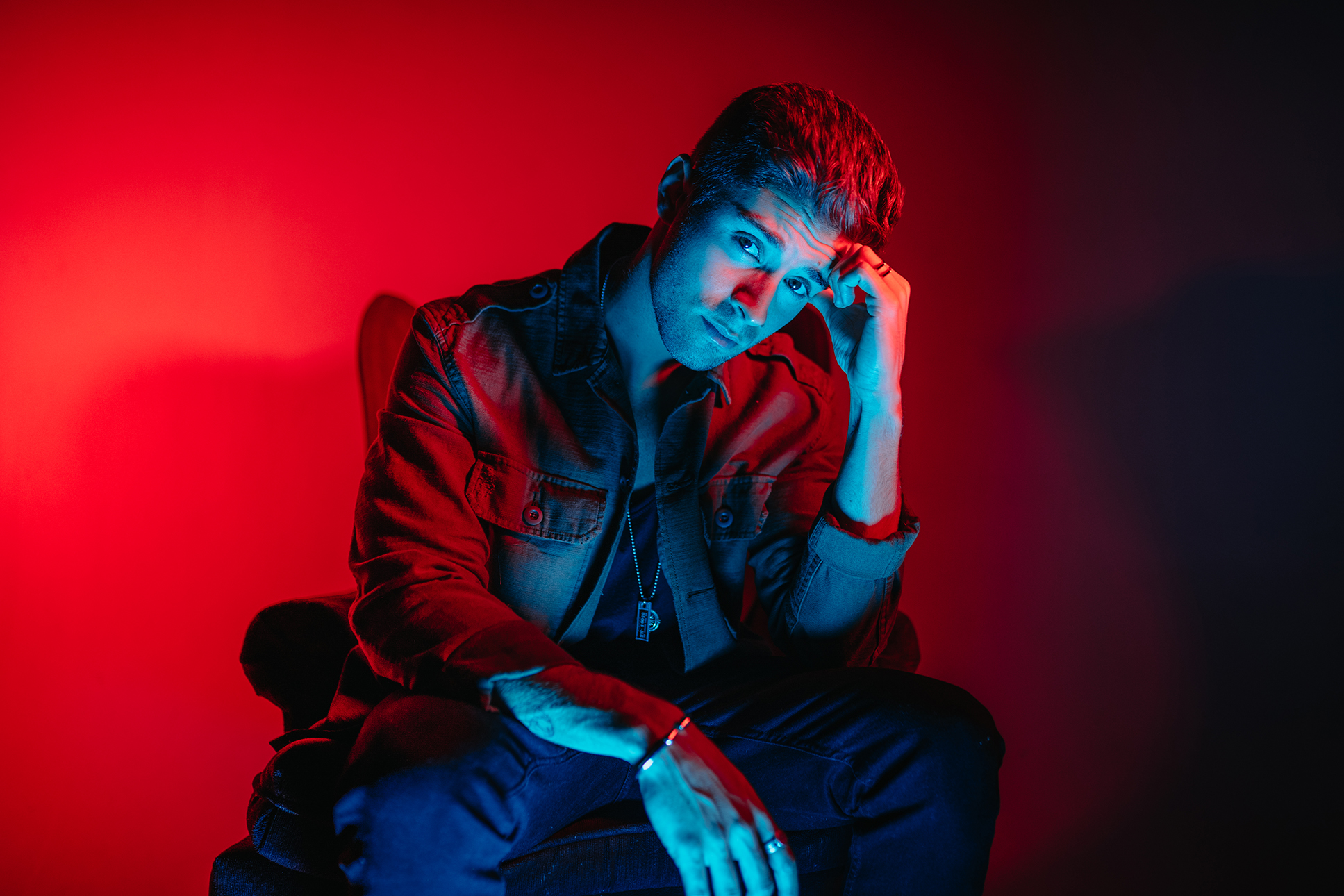 Jake Miller on his musical path and his hometown

Singer-songwriter Jake Miller says he’s making the best music of his life right now. It’s a simple declaration on the surface, but as the graduate of Cypress Bay High School in Weston later shares, it’s not one he takes for granted.

Though 26, the son of Weston residents Bruce and Lee Miller is enjoying a hard-earned second act. Eight years ago, the then-rapper won a national talent competition that, along with an extended-play release (“Spotlight”) and the popular videos he posted on YouTube, led to a deal with Warner Bros. Records. His rise might not have been rapid, but there seemed to be no stopping the career momentum Miller had generated after dropping a full-length album (“Us Against Them”) and four additional EPs between 2013 and 2017, along with concert and TV appearances.

That is, until two years ago. Like Bill Murray’s character in the opening minutes of “Stripes,” Miller lost his label, his tour—and his girlfriend—all in the same week. But instead of wallowing in what might have been, Miller used the losses to rediscover his passion and reinvent his music.

Along the way, his transition to singer-songwriter continues to bear considerable fruit. Last year, he signed with Red Music (a division of Sony Music Entertainment), which released his latest EP, “Based on a True Story.” The collection of six songs, all written by Miller, debuted in the top 3 of iTunes’ Pop Albums chart as well as Billboard’s top 40 chart. At press time, the EP had more than 10 million U.S. streams.

“I’m very appreciative of what I’ve accomplished because I’m aware that most people will never do most of the things I’ve done at such a young age,” says Miller, who lives in New York and Los Angeles. “But I don’t think I’ve even come close to where I want to be.”

Fresh off of his headlining tour, which hit 21 U.S. cities, Miller spoke to Lifestyle about why he wants to keep his music honest and how his roller coaster journey has gotten him to where he is today.

Where did the musical/creative gene come from?

Definitely from my parents. My dad had me listening to all types of music from a young age. We had this little music room in our house where we’d play guitar and play the drums; we’d rock out to the Eagles or Bruce Springsteen. My mom is an amazing singer as well; she would sing the national anthem at big NBA games.

Which music or artist first resonated with you in a way where you said, “I’d like to pursue this?”

‘N Sync was the very first; Justin Timberlake has always been a huge inspiration. And then I found Eminem and Mac Miller. Mac Miller was pretty much the one that made me think, “Oh, I actually want to do this.”

[He] and his friends would shoot music videos, and they were all in the videos. Everybody that followed Mac just wanted to be part of his crew, part of his friend group, and that’s something that I wanted. I thought it would be the coolest thing in the world.

I started developing this little team around me in Florida. I had my best friends shoot my videos. I’ll always have great memories of those first videos. 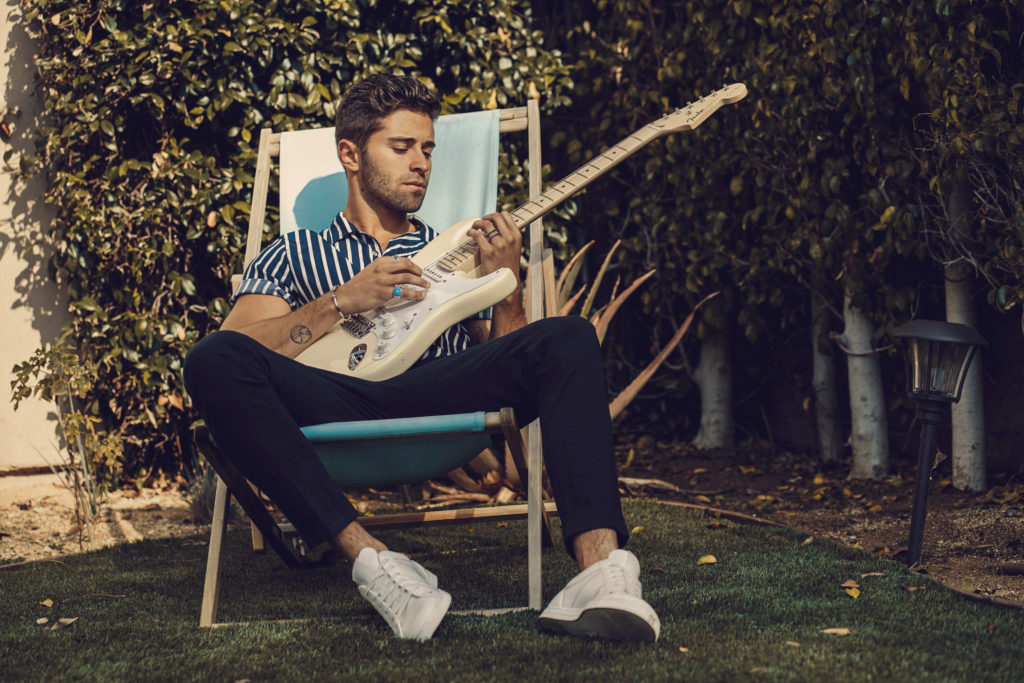 As the story goes, you wanted to leave the University of Miami and pursue music full time—and your parents agreed to give it a full year. How important was it to have such a supportive foundation?

I don’t think I would’ve been able to accomplish nearly what I’ve accomplished if my parents weren’t supportive. In the back of our heads, we knew there was a huge possibility that it would fail because this industry is really, really tough. But they urged me to keep striving.

Going to the University of Miami was part of the deal; they said if you’re not going away to college, [then] you’re going to be a part-time student at UM. It got to the point where I was just going for them to hold up my end of the bargain. I would be going to school and writing songs the whole time in class. My head wasn’t there.

When labels started calling, and I started developing a fan base, I knew I didn’t want to do [college and music] at the same time. I wanted to put all my energy into one thing. So, my parents [encouraged] me to go for it.

What did you learn about yourself coming out of the difficult stretch you went through two years ago?

That was definitely the lowest point in my life. We had a tour booked that we were about to go on, and it was cancelled because we weren’t selling enough tickets. I got dropped from my label, and I broke up with my [longtime] girlfriend, all within the same week. It was the first time I ever felt depressed.

I think in that time I learned how badly I needed music. I decided I wanted to learn how to produce my own stuff, do it all in my bedroom instead of waiting around for people. The label had been the one hooking me up with writers, producers and studio sessions, so I was like, “What am I going to do? How am I going to make music?”

I think I was at first kind of distracting myself by learning how to produce and write, then I started realizing how much fun it is and how freeing it is. I would spend, like, 12 hours in my bedroom every day on music, and I wouldn’t even think about those things that had just happened. It’s a great escape from the world. I realized that everything’s going to be OK as long as I keep going.

Your recent journey found its way into your new EP. What does it mean to you when that kind of honesty connects with people?

I think, nowadays, the music always needs to be very honest or else it’s not going to work. My favorite type of music is where you know the singer means every single syllable of every word he’s singing. I try to put that in my music. Whether it’s sad songs or happy songs, they’re coming from the heart, from very real places. People can hear that when they listen to the songs.

I wish I didn’t write as many sad songs as I do. But that’s what brings the emotion out of me. The more emotions I feel, the better the songs are.

The best part of my job is that I get messages all day, every day, from people saying how my music has saved their life. I meet three or four people at every single show with my lyrics tattooed on them.

Is this wave of success that much sweeter given what you’ve gone through?

Definitely. It’s been a roller coaster, but I feel like now we’re on the way up. It’s a lot of fun, and you’ve got to keep riding it. I’m very appreciative of the moment right now. I feel like I’m making the best music of my life. I just got off of tour, and I’m about to announce another one. It’s all about living in the moment and appreciating where you are.

What do you miss about your hometown?

I just miss my parents. They’re the only ones still there. All of my friends who I grew up with in Weston are now in New York, which is why I got an apartment there. My parents are still in Weston, still in that same house. When I go back, everything I see is part of an old memory.

Have you been able to maintain childhood friendships?

Yes, it might’ve even brought us a little bit closer because if I was doing something not in the music industry, I wouldn’t see them or talk to them as much just because we all have different things going on. Every time I put out a new song, they always hit me up and say how much they like it. I try to do the same thing with them and their careers. All of my friends are some of my biggest fans; it’s really cool.

When you first started posting videos in Weston, is this how you saw it all unfolding?

It’s definitely exceeded my expectations. I’m learning more and more about this industry every day, and more about myself. The industry is so much crazier than I thought it would be. I think the outsider who just listens to music and enjoys music has no freakin’ clue how complex the industry can get. I never thought I would have as much success as I have now. And I see myself having way more.