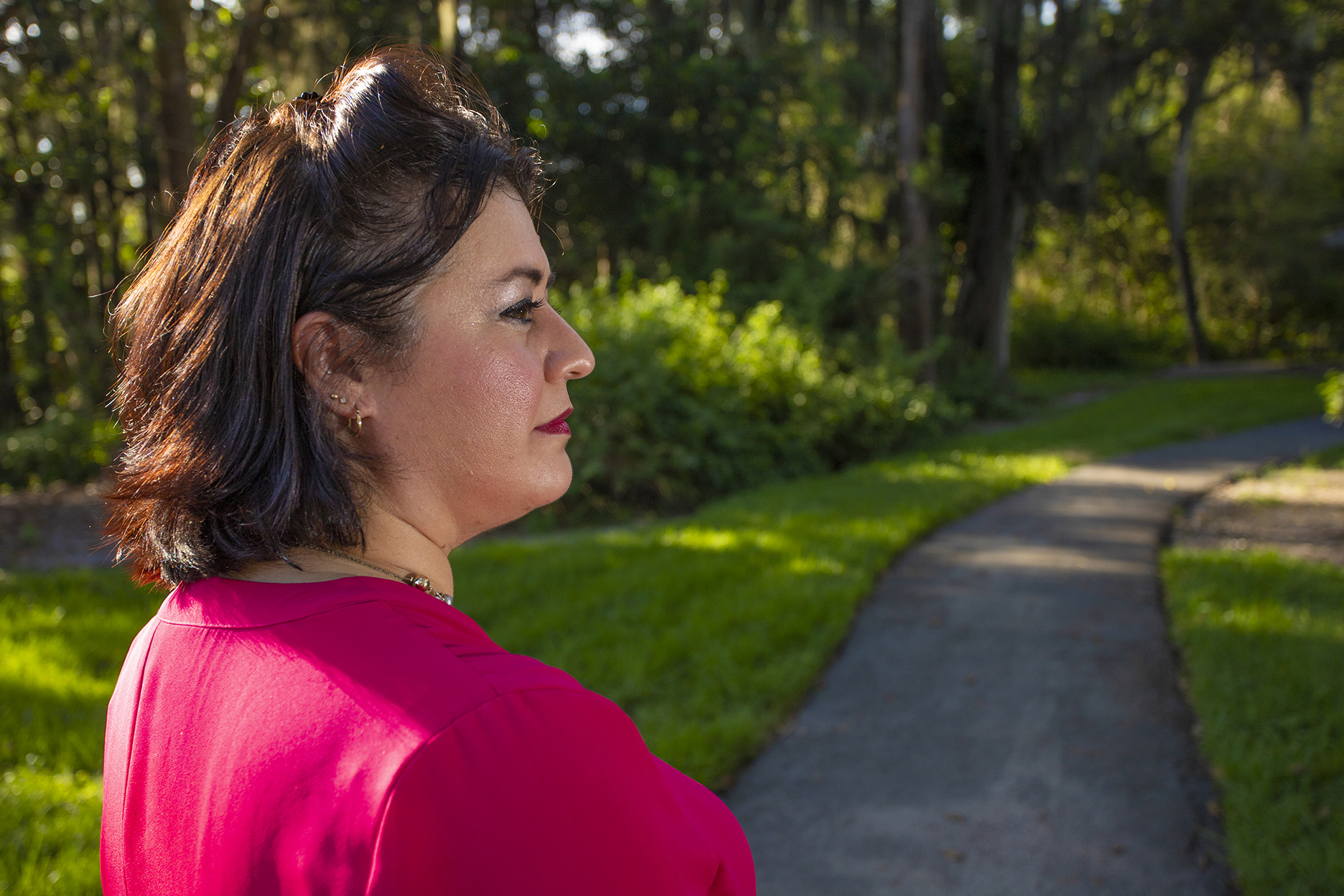 After surviving breast cancer, a Coconut Creek resident writes a book on her experience to inspire and encourage those with the disease

The first thing Jessica Duemig did when she found out she was cured of breast cancer in February was go to Costco with her parents to buy supplies for her “I’m cured” party.

Duemig is the first to admit that the action seems “anticlimactic.” But don’t let the seemingly pedestrian nature of a shopping trip fool you. The declaration that she was cancer-free allowed Duemig to breathe after having a “gorilla sitting on [her] chest for three years.” The 36-year-old’s victory over cancer was hard-won and earned through grit, strength, humor—and a fight within herself.

“Forget cancer,” she says. “The bigger fight is in the 6 inches between your ears through this whole thing. That’s where you have to win, because the minute you lose there, you’re done. Cancer or not.”

It’s a fight that the advertising and marketing professional details in her book, Warrior: Challenge Accepted, which she released in August. Duemig starts her story in November 2016: her family was healthy, she and her sister were planning a trip to Scandinavia, and she was in the midst of an exciting career change—from advertising account director at a Miami marketing communications company to sales strategist at beIN Sports. 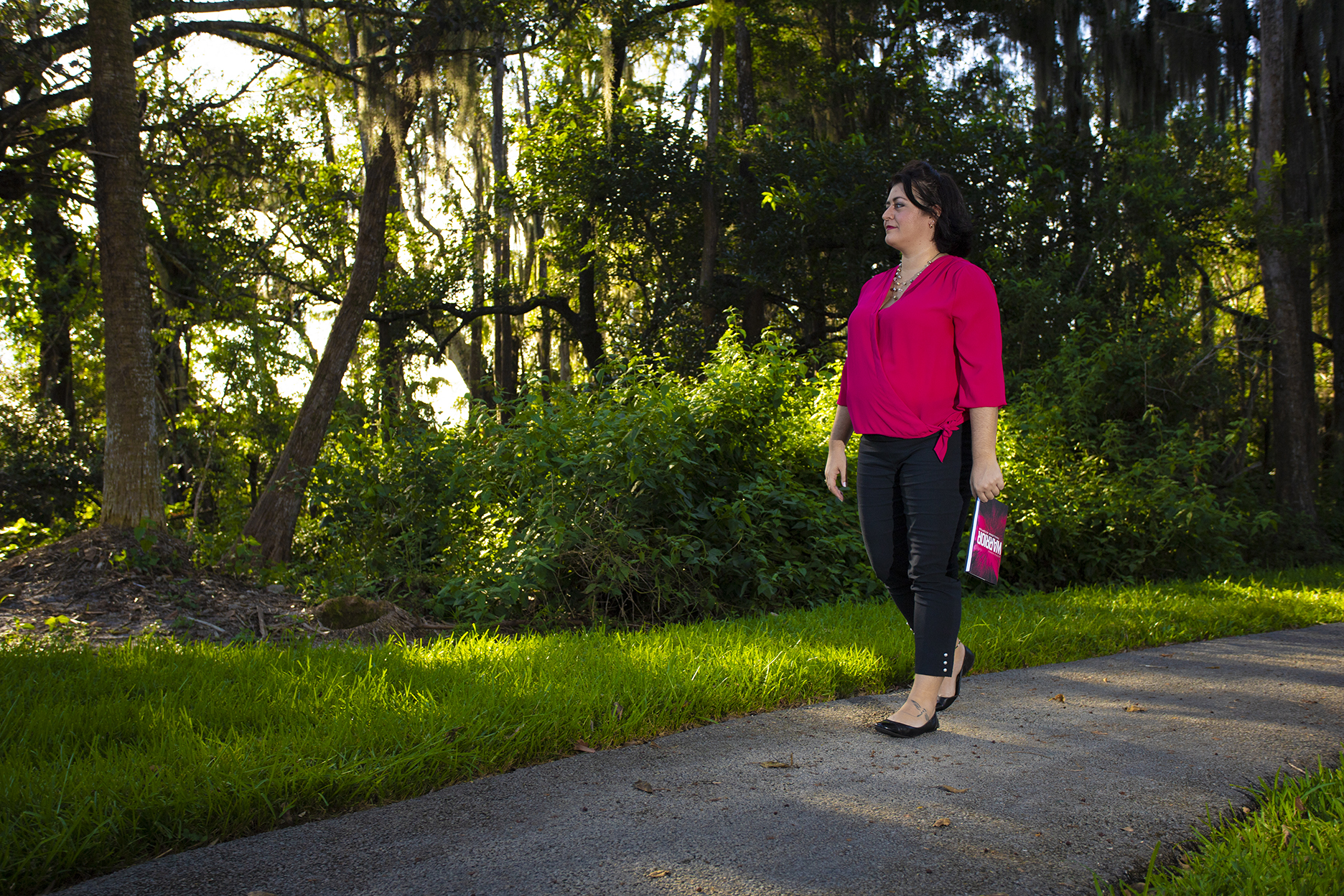 Then she felt a lump on her breast. Thirty-two years old with no family history of breast cancer, she at first “diagnosed [herself] as being dramatic.” Then, in February 2017, she was diagnosed with Stage 2A triple-negative metaplastic breast cancer.

Duemig recounts the rest of her journey—chemotherapy treatments at Miami Cancer Institute, the decision to freeze her eggs, a double mastectomy—with unfiltered and raw honesty, musing on perspective, strength and mortality with the wisdom of hindsight and plenty of humor. Of chemotherapy treatments, she writes, “I would come to turn my recliner to face out the window toward a really nice fountain as part of the routine. A decent sightline for live-action poisoning.”

Duemig hopes her book will take away the fear of the unknown for those recently diagnosed with breast cancer as well as their supporters and caretakers. It also represents a new aspect of her career. Now the CEO of her own marketing and advertising consulting firm, Bright Strategy + Solutions, she plans to continue sharing how lessons learned from her cancer experience can apply to life.

“[Cancer] is an explosion in your mind—it’s an explosion of pink in your life, for the rest of your life. You’re going into battle,” she says. “This book is meant to pump people up and get them to the point of, ‘You know what? Screw cancer. This is my life. I am going to accept it and move through it.’ That’s what I want people to take from it.”

The Creek resident spoke to Lifestyle about her book, her life after cancer and how she became a warrior.

How did you decide to write about your cancer journey?
When I was going through treatments, I was at a little bit of a loss for a support group. I didn’t necessarily want one but it felt weird not to have one. … I started a Facebook group and then once chemo started, I did live videos on Facebook. … People started asking me, “Hey, my friend is going through this. I think she’d benefit from your videos.” Or, “My cousin wants to hear about your story.” … People suggested, “You should write a book.” I was like, “What story do I have to tell?” It’s so weird when you’re going through it. You tell yourself it’s nothing major, but when you sit back and look at it, you’re like, “Holy crap, I beat very aggressive breast cancer.”

I started writing—just to kind of humor myself, I guess—and it really started flowing. I learned so much about myself and my attitude and just the general way to attack problems when they arise. It’s written toward breast cancer, but it really applies to almost anything in life. My grandmother was the only one who read it at any point until it was finished. Then I opened it up to my parents and a couple other readers, but my grandma specifically said, “You have to publish this.” And from what I’ve seen so far, it seems like it’s really helping people. That’s the exciting part for me.

During your journey, you got a pixie haircut for a sense of control over something you “didn’t have time for,” and later you shaved your head. How else did you take control of your life while battling cancer?

After feeling it out as far as [being] immunocompromised [because of chemotherapy], … I started living my life. Maybe it wasn’t the smartest thing to do, but it worked for me. If I would have sat in my apartment, I would have gone crazy. … In terms of getting back to some kind of a normal life, I did everything that I could. I was back into traveling—again, probably not the smartest thing and I don’t recommend it to everyone. But, if you feel like you can do it, try it. If you’ve got to live, you’ve got to live. That was part of it for me.

It goes back to when you get this diagnosis: you hear what’s going to happen, and you can really let it own you or you can own it. If you let it own you, you have to live with that, and it’s not something I wanted to live with. I told myself I’m going to do what I want until I feel like I can’t do what I want. I had that “[expletive] cancer” attitude the whole time and just kind of went with it. When I didn’t feel well, I slept or I just lay on the couch. But when I did feel well, I wasn’t just going to lay on the couch, you know?

What are some of the ways that cancer changed you?

I can tell myself till I’m blue in the face that it’s all good, but I have significant scars. I don’t have nipples. They’re tattooed on. Even just when you catch a side view and there’s no physical protrusion, it’s weird. I have the scars on both of my ribs. I have six puncture hole scars on each side, and I have a scar under my collarbone that, honestly, probably bothers me more than the 8-inch scars on each breast. It’s very awkward to not already have found my person, because how do you explain that the first time you take off your shirt?

Is it the end of the world? No, it’s not. But that doesn’t make the concern or the issue any less important to me. Cancer’s definitely changed my perspective on that sort of stuff too. … I find a lot of people are like, “I’m having a hard time at work, but it’s nothing compared to what you went through.” I’m like, “No, it’s absolutely something compared to that. If this happens to be the worst thing that’s happened to you in your life, then that’s important.”

I actually call it out when people do this, and it’s not for any other reason than people need that validation that their problems matter. There are so many “bigger things” in this world happening. But it doesn’t minimize your individual challenge, whether that’s mental, physical or maybe trivial. 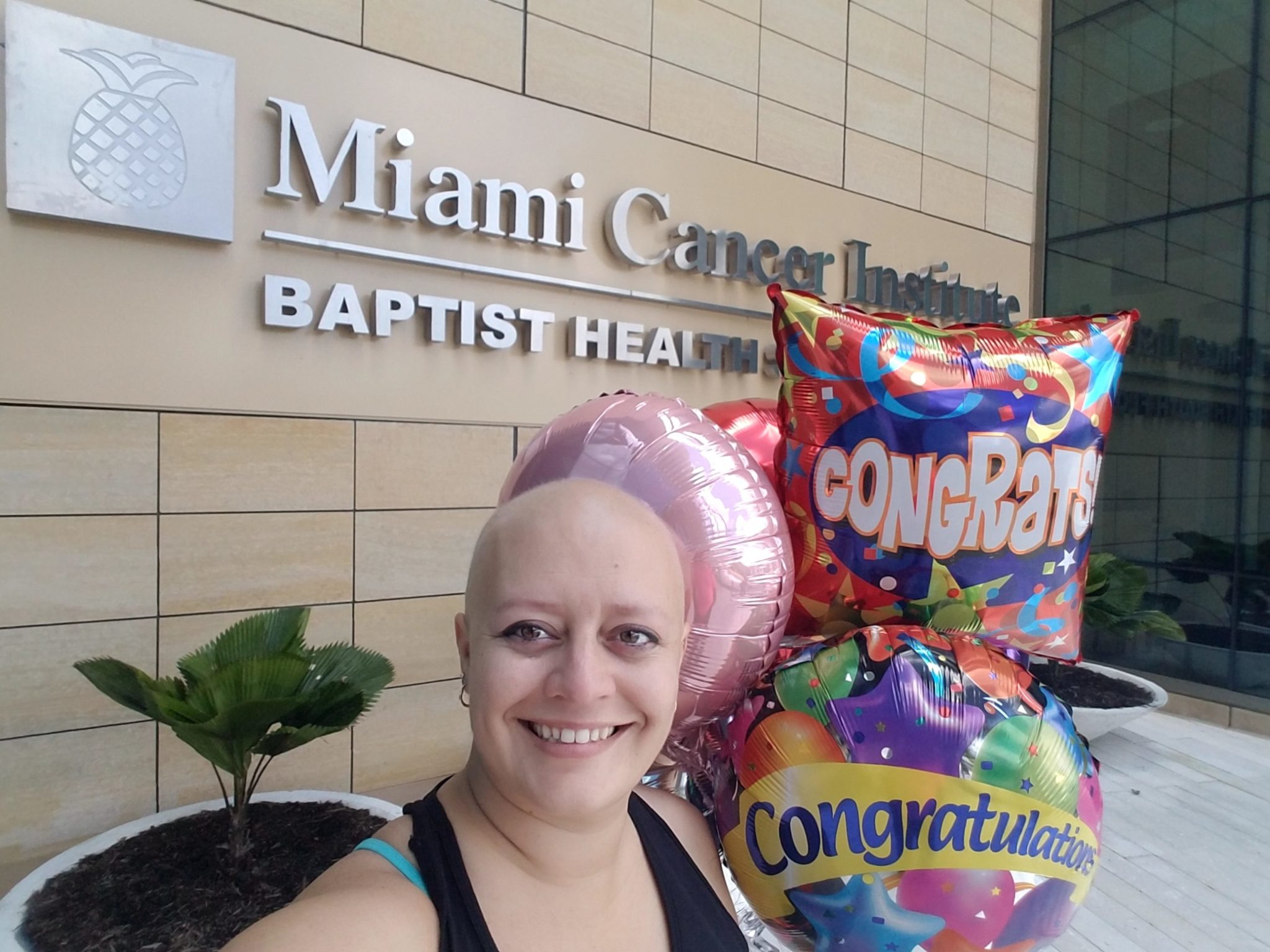 Jessica after her last chemotherapy session

You write about how it sometimes takes a devastating event to make us ask ourselves what winning means to us. What did “winning” mean to you before cancer, and what does it mean to you now?

Before I had cancer, winning was the biggest, the best, the career, the stuff. … I thought I could literally do whatever I wanted whenever I wanted without thinking about anything. I was very fortunate. I had a killer career, and it was something that I worked really hard for. … Part of [that definition of winning] was really attributed to when my brother passed, and that’s a big part of the book. His death was so sudden; it makes you realize every day is a miracle. [I thought], “Do what you’re going to do, because tomorrow could literally be your last day on this Earth.” … I had also started to realize that family is more important than the high-rise apartment in Manhattan.

But when something happens to you, it’s like, “Whoa, OK. What do I do?” It’s so easy to say, “Tomorrow could be your last day on this Earth; you might get hit by a bus.” It’s a good soundbite. But then you still don’t do anything about it. … It’s all theoretical until you get that diagnosis. Then it’s like, “Wait a minute. Now, it actually could be my last day.”

I still want to have that lifestyle where I have the means to do whatever I want whenever I want. But now, winning is a lot more. … Winning has kind of evolved into the concept of bringing people with me, and that is more important to me now than probably any amount of money or accolades or résumé builders. Ironically enough, it kind of serves both purposes, but not on purpose.

You write, “I wasn’t a warrior … I mean, what the hell else was I going to do, lay down and die? C’mon …” Can you talk about your shifting feelings with the word warrior and accepting it for yourself?

As I was going through this, I was taking it one day at a time. … There were bad days. There were days where, for all intents and purposes, if I didn’t know I had cancer, I wouldn’t think anything was wrong. In hindsight, I didn’t feel like I was a warrior. … There were days where my bones hurt, my stomach was a mess the whole time, my brain was foggy, my vision was foggy. It actually affected my hearing a little bit. It messed with my sense of smell. … But otherwise, I tell everyone I didn’t have it that bad. Chemo didn’t get me. I wasn’t throwing up.

It’s weird because I didn’t feel like, “You’re an inspiration. You’re so strong. You’re a warrior.” What was the alternative? At that time, I was really in the mindset that this isn’t going to define me. I want this over, and I never want to talk about it again. Then flash forward three and a half years, I wrote a book on all this.

With the way I was building my career, I use every experience I’ve ever had to show people why they should hire me. I was like, “Well, why would this be anything different?” So I said, “Fine. Warrior is what it is.” And I realized that for a lot of other people, it’s empowering, and now it’s empowering to me. But for a while there, it was more of a mental block—almost imposter syndrome: “I’m not a warrior. What does what I have to say matter?” Well, actually, it kind of does.

[This does] resonate with people. It goes back to helping people. If my book helps one person not feel like [expletive] for five minutes, then it did its job.