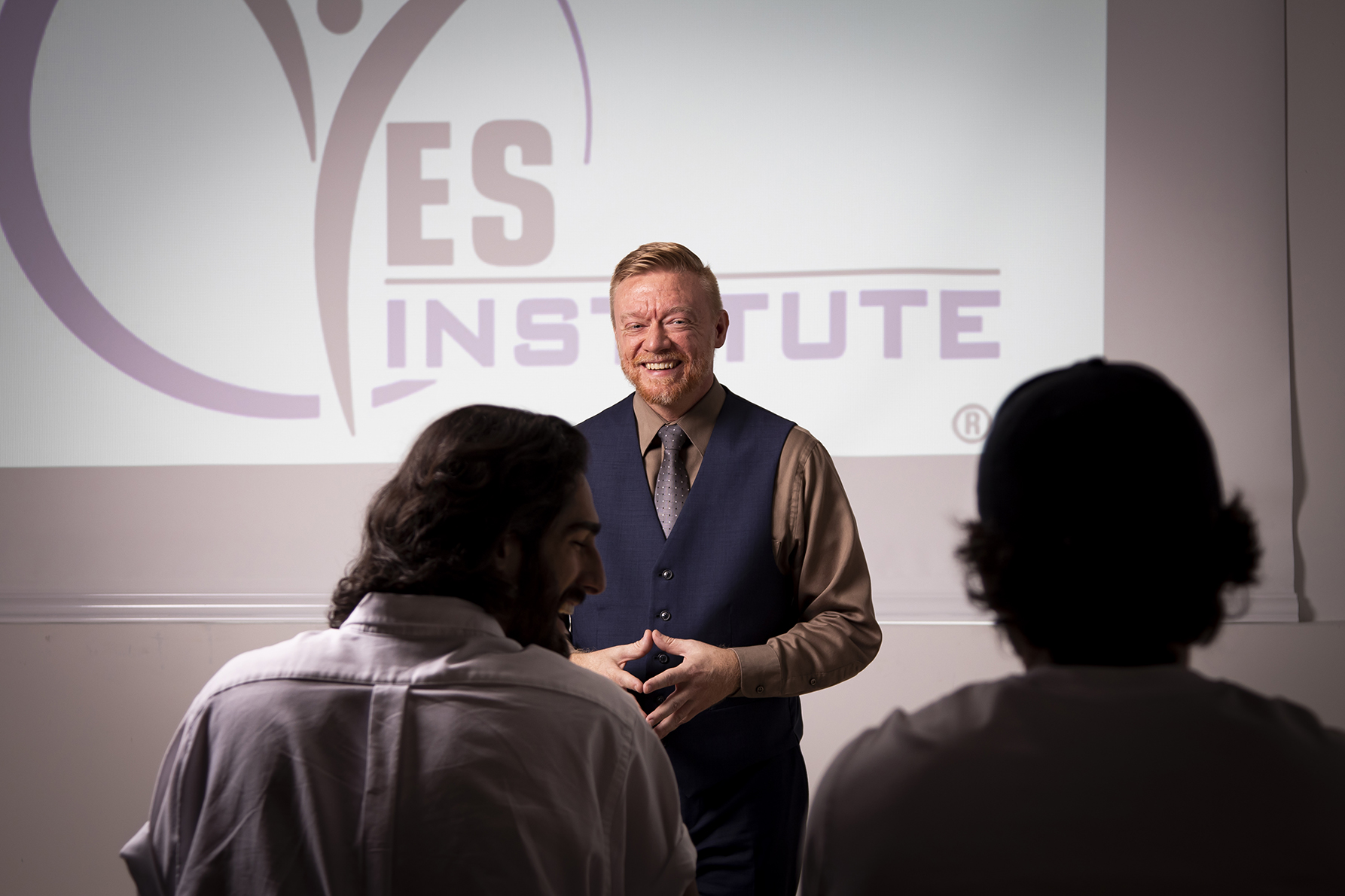 When Joseph Zolobczuk thinks about being bullied at his religious school in New York, he remembers the pain of hiding himself.

“I didn’t even know what gay was,” he says. “I thought I liked girls like all the other guys did because that’s what all the guys talked about. In an environment where I got the message that this is not a subject to talk about, I just suffered in silence.”

Today, as the executive director of the Yes Institute in Miami, he starts the conversations he needed to hear then. The nonprofit organization was launched in 1995 by Connie Barden and Martha Fugate when they noticed the high suicide rates among gay and lesbian youth. It provides courses on gender and orientation and works with schools and corporations to lead dialogues on these issues—all in an effort to form a community where all youth are safe from violence, isolation and suicide.

Zolobczuk likens the work at Yes to saving children falling from a waterfall—instead of continuing to rescue them, the answer is to go to the top of the waterfall. After 22 years of working through this perspective, it’s an analogy he can apply to his own past.

“I look back at the boys who used to bully me, and I now see they had to bully me. I wasn’t good at sports. I liked art class. They are taught by society that putting someone down increases their sense of masculinity,” Zolobczuk says. “In my journey, it’s even beyond forgiveness. It’s [asking] what are young children being taught around gender expectations and stereotypes that is a source of them feeling insecure—and then feeling the need to target other youth who may appear less secure about their gender and orientation.”

These are the questions Yes Institute helps the community answer through working with the Early Learning Coalition of Miami-Dade/Monroe, promoting diverse patient care competency trainings at Baptist Health South Florida, speaking at private, religious and public schools throughout Broward and Miami-Dade, and training its own youth advisory leadership council to speak at colleges and high schools.

“The feeling that you get when you know that somebody got healing, somebody got a resource for something that they’ve been struggling with for years, and now they’ve got a pathway to making a difference—that’s one of the most rewarding things ever,” Zolobczuk says.

The University of Miami graduate spoke to Lifestyle about Yes’ approach and what’s next for the organization.

1. Bullying has been a consistent issue in schools. What’s Yes’ approach to prevention?

With bullying, much of our approach that we’ve been trying for the last 30 years is, there is a bully, there is a victim, the victim needs protection, the bully needs punishment. We’ve come up with more ways to discipline kids. However, when we look at the reported bullying rates over the last 10 years, bullying nationally has not budged. [Editor’s Note: The federal Centers for Disease Control and Prevention’s 2018 Youth Risk Behavior Survey showed the percentage of students bullied at school dropped only slightly, from 19.9% in 2009 to 19% in 2017.]

So part of our work is asking bold questions. Eighty-seven percent of youth fluctuate between the bullying and victim category. [Editor’s Note: This was published in the 2009 book Bullying Prevention and Intervention]. Let’s say you get bullied, and you’re not taught by parents or society about how to deal with conflict constructively and find resolution. The easiest thing for you to do is turn around and say a mean thing to someone else as a way to discharge the hurt you just experienced.

[Instead of] asking who’s the bully and what punishment do we give, we want to ask new questions: What’s missing from teaching youth about their social and emotional skills? And how can we as a school community—parents, teachers and support around them—nurture conversations [such as] “You hurt me. Please don’t do that”?

2. Can you talk about the direct way that education on gender and orientation prevents suicide in youth?

When we take a look at the South Florida public school data from the CDC’s Youth Risk Behavior Survey, the suicide attempt rate in South Florida is around 6% [for heterosexual youth], which is already high. However, for youth that are dealing with their sexual orientation, or their gender identity, the suicide attempt rate goes up to 24%. It’s not because youth are questioning their orientation. It’s that they don’t find support. With one of the families we worked with, the parents contacted us because their child had been Baker Acted [held in protective detention] and attempted suicide many times. … This is a Cuban, Puerto Rican family, very religious. Nothing in the family’s background prepared them for the reality of their child knowing they’re a boy and saying, “I’m your son not your daughter.” … Now they’re a very happy family. The youth is participating in our youth advisory leadership council. They had failing grades. Now they’re going off to college. … When they find a place again where they can belong and be authentic, and we can support the family, that’s the antidote, I believe, to suicide risk, mental health [issues] and even bullying prevention. 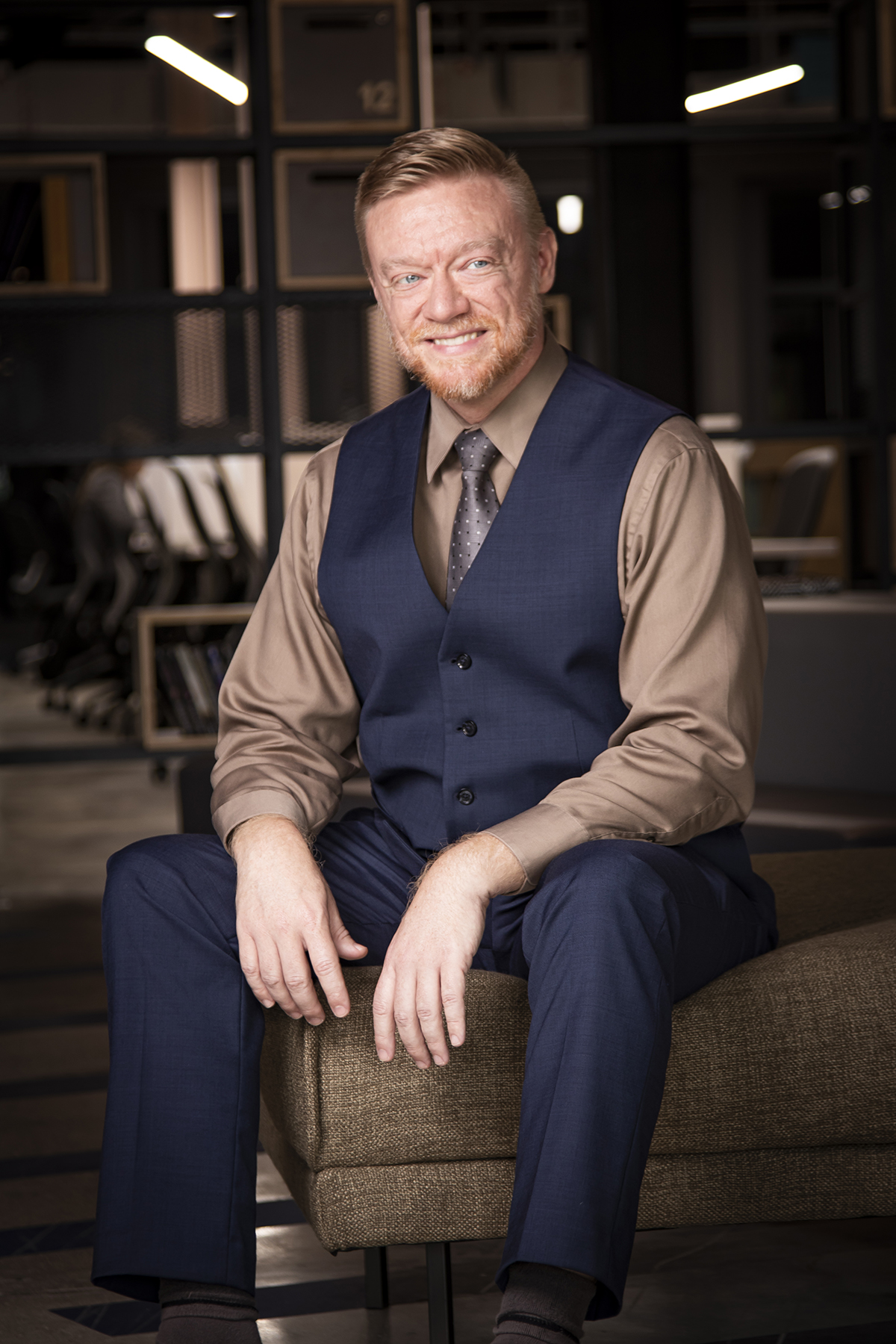 3. Amid more national conversations about gender and orientation, what challenges do lesbian, gay, bisexual and transgender youth still face?

Youth are still facing the same challenges that we’ve known about for years. Again, I look at the numbers. If our job was finished, then those numbers would be zero percent suicide attempt or very low. But they’re not there yet. Even though there’s more awareness and there’s more media attention, that doesn’t necessarily translate to [the home]. If you’re dealing with this in your family, you still feel alone, isolated. You feel like, “If I reach out to my friends, are they going to judge me?” There’s still heavy stigma and stereotyping for any family member, whether it’s the youth themselves, or the parents when the topic comes up.

I still see there’s huge fear and embarrassment to talk about these issues openly and authentically. All of our work is about figuring out ways to take away the shame and the stigma, and help families and people walk that journey of unconditional self-acceptance. No matter what kind of parent you are, it’s about saying, I’m going to love my kid no matter what. That’s a hard thing for parents when their beliefs collide with the reality of what they’re experiencing.

4. What’s some of the recent work Yes is doing with corporations?

The Greater Miami Convention & Visitors Bureau asked us to be a part of a training that they already offer to the hospitality and tourism industry called Miami Begins With Me. Years ago, we just didn’t talk about orientation and gender identity. What they noticed is that people in the service industry also never got a chance to talk about this. For example, a customer service staff sees a male with a ring on and very innocently, will say, “Is your wife also checking in to the hotel?” The traveler will go, “Well, it’s not my wife. It’s my husband.”

The purpose of the training is to empower everyone in the tourism industry, so that they can truly welcome and include all guests. We’ve [started] live training, and we’ve also developed online training for them, which has simulated interactions. All they have to say is, “Do you have someone special joining you today on your trip or on your reservation?” It’s raising awareness, so that people can give good customer service.

5. What are you looking forward to in Yes’ future?

We have a great educational and community-based approach that has really been refined over 22 years. I think the next step is to have more organizations, churches, schools and workplaces actually benefit from our work. We are kind of like a best-kept secret.

For us, the urgency is now; we’re available to work with many more schools and workplaces. We also do work in Orlando and Tampa. I just came back from a training from [Bartow-based] Polk County Public Schools. People are starting to find out, so I would love to see Yes expand and see more people access our resources so that we can end the hurt and suffering, and families can be reunited and schools can be safe.

Shot on location at Minds CoWork/Wynwood