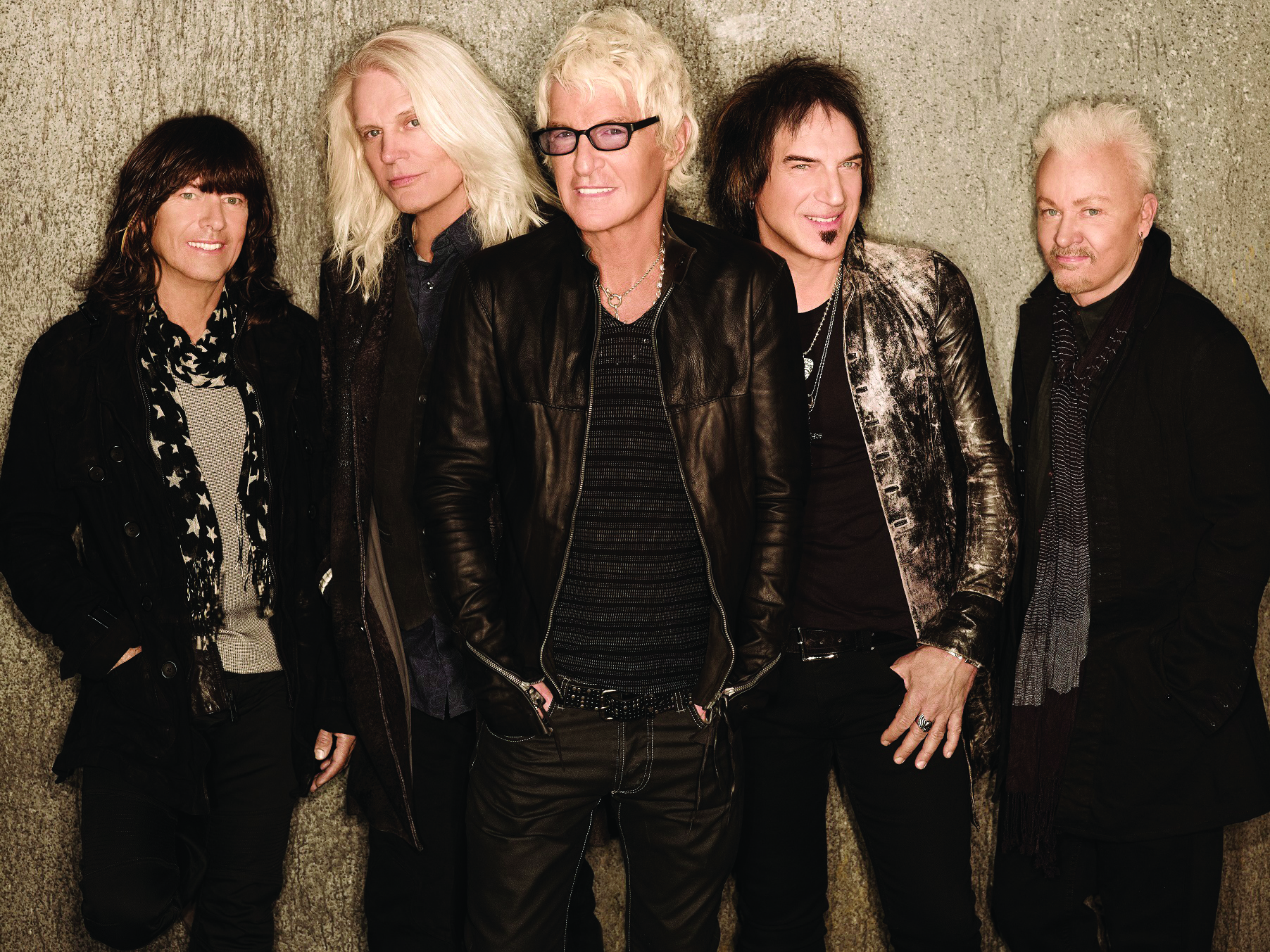 Front man Kevin Cronin talks about inner peace, tough love and why it pays to roll with the changes on the eve of REO Speedwagon’s show in Coconut Creek

It took three years for Kevin Cronin to finish the book that chronicles his career with rock group REO Speedwagon. But thanks to his daughter, Holly, it took just one conversation in the kitchen to settle on a title for the project, which Cronin recently turned in to his literary agent.

“Holly came home from college and she was asking me what I was going to call the book,” says the vocalist and songwriter for REO. “I didn’t know. I had a couple of titles that I didn’t really believe in. So, I was telling her how ‘Born to Run,’ my favorite Bruce Springsteen song, was also the perfect title for his book and life story. And Holly goes, ‘Well, Dad, why don’t you call your book, ‘Roll With the Changes’ [the title of a 1978 REO song and a set-list favorite in concert]. And I’m like, ‘Duh!’

“That’s what the whole book is about. I believe that people are all flawed by nature. That we all do the best we can. That we all make mistakes. That, if we acknowledge those mistakes, we deserve a shot at forgiveness and redemption. And that change is part of life. You have to figure out how to roll with it.”

Along with founding member Neal Doughty (keyboards) and longtime bassist Bruce Hall, Cronin and REO have done just that for the better part of five decades, a rock ’n’ roll arc that started in the early 1970s in Champaign, Illinois, reached dizzying heights in the 1980s, and continues to roll with live shows that, in recent years, often have paired the band with other classic Midwest groups like Styx or Chicago.

It’s no coincidence that Cronin’s book likely will hit stores late this year or in early 2021. The spirited front man, 68, says that REO plans to embark on a tour that celebrates the 40th anniversary of its chart-topping album, Hi Infidelity (released in November 1980). In the meantime, REO will do upward of 90 shows in 2020, including a stop at Seminole Casino Coconut Creek on March 6.

There are several classic rock bands from the Midwest that found an audience in the 1970s—Kansas, Chicago, Styx, Cheap Trick, REO. What distinguishes that Midwest sound?
I call it Midwest meat-and-potatoes rock ’n roll. The music was accessible, and I mean that in the most positive way. Some people are more inclined to challenge the audience. You see that with visual artists, authors and musicians—and that’s a valid way of expressing yourself.

There are a few artists who’ve managed to have amazing careers with no regard for whether their music is accessible or not. But for every Bob Dylan, there are a hundred thousand guys with an acoustic guitar who can’t get a gig.

I like my music to be unique to me and to reflect my voice, but I also want it to be such that it doesn’t go over people’s heads. I want it to go into people’s hearts and souls.

That certainly was the case with songs like “Keep on Loving You” and “Can’t Fight This Feeling.” How many times have fans told you that one of those hits was their wedding song?
I understand “Can’t Fight This Feeling” as a wedding song, but whenever someone tells me that they used “Keep on Loving You,” the first question I ask myself is, “Did you listen to the verses?” … It’s so important to me that lyrics be artful and clear, and that I’ve chosen just the right word for the right feeling. But the truth is that a majority of people who hear that song only hear, “I’m gonna keep on lovin’ you, cause it’s the only thing I wanna do.” And that’s cool.

But I wrote the first two verses to that song in the middle of the night—and they’re pretty brutal. They’re honest but confessional; I was baring my soul. I think, subconsciously, I wrote the chorus to take a little of the sting out of those verses. … What better message than, “I’m gonna keep on lovin’ you.” Some of our biggest fears stem from being abandoned and having someone we love stop loving us. Just as a title, it’s very life-affirming. 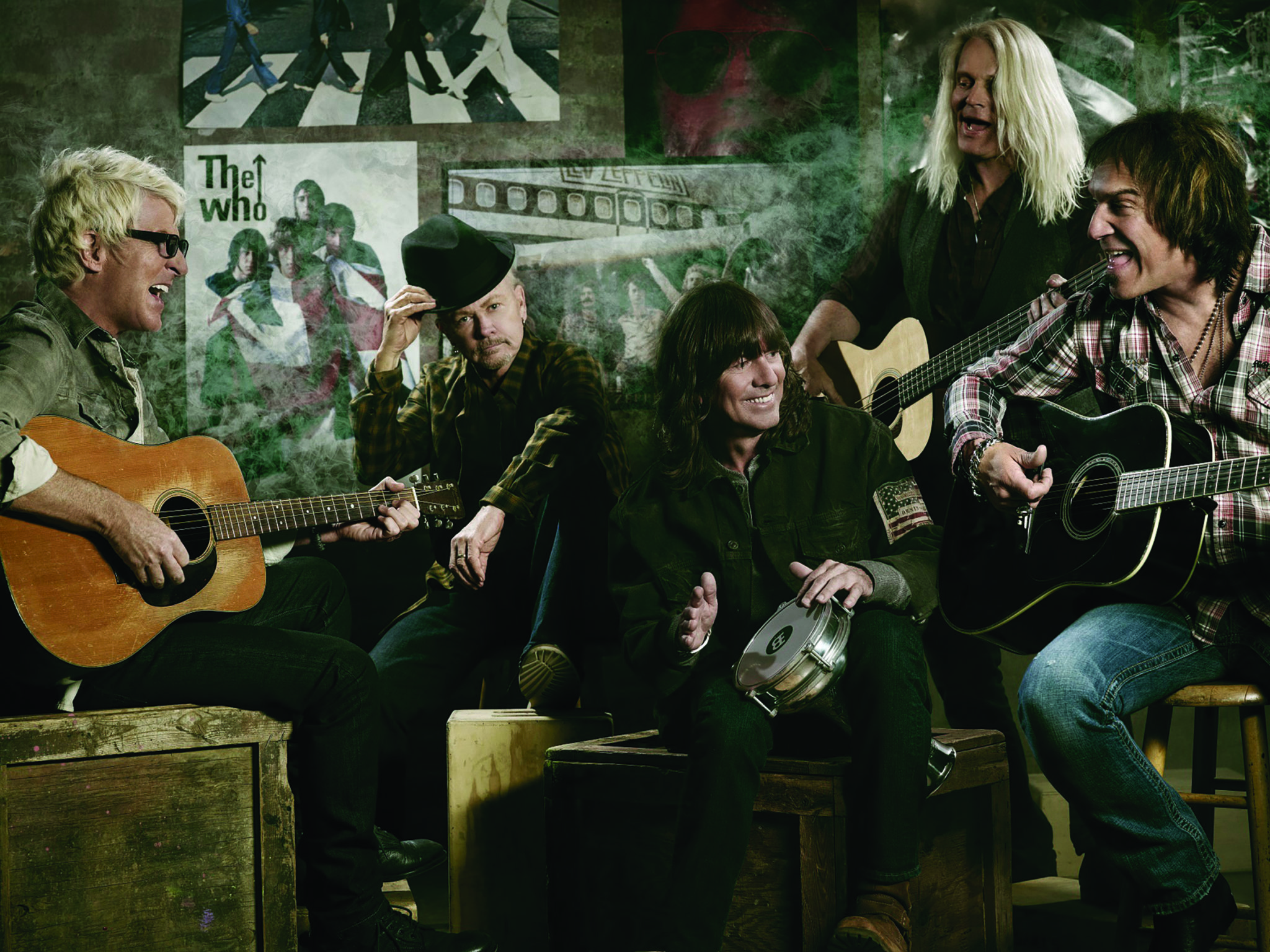 Kevin Cronin (far left) and the other members of REO Speedwagon

One of the defining features of you as a front man is the uplifting vibe that you bring to each show. Where does that come from, and how does it mesh with how you try to live your life?
A lot of my songs are messages from my heart to my brain. Things that I need to reaffirm in myself. In all of our lives, to varying degrees, there are things that appear as obstacles. If you experience those things as negative, then your life will be defined by the obstacles. At some point along the way, it occurred to me that without these obstacles, I wouldn’t have gotten from point A to point C. I started seeing obstacles more as gifts.

My youngest children, twin boys (Shane and Josh), are 20 now. And one of them was going through a breakup over the holidays. So, we were talking about it. We all go through breakups, and it’s one of the most difficult things in life. But you have to look at it as, what is this breakup going to do for me? Yes, I’ll miss that person. Yes, I’ll be lonely. But it’s also going to open up time to do this other thing that I’ve been wanting to do. It’s going to open me up to being in more social situations, and maybe I’ll meet someone else who’s really awesome.

Optimism doesn’t come from someone who’s just happy and joyful every minute of their life. I think it comes from looking at the obstacles and finding the positives. To me, that’s a pretty big key to being at peace with yourself.

A decade ago, you wrote in Newsweek about your oldest son, Paris, and his battle with drug addiction—and how, as a parent, you had to break the cycle of enabling. What can you share about why that’s such a challenge for parents of addicts and what you learned from it? And how is Paris?
Paris has 13 years of sobriety. I’m so proud of him. We still have some work to do with our father-son relationship, honestly. He was born in 1977. That was the same year that REO had its first gold album. The years between 1977 and 1987 were all-encompassing, career-wise. Plus, I was young. So, I made my share of mistakes. And I bare it all in my book.

It’s such a delicate balance. When we think about love, we think in terms of love. I want to help you. If you need me, I want to be there for you. And those are all valid expressions of love. But when it reaches the point where those activities are a one-way street, you realize that things aren’t getting better. They’re getting worse.

In a relationship with someone suffering from addiction, you have to have a moment of truth where you go, “This is not working.” I still love this person. But how can I love them in a way that’s actually good for them?

[Regarding Paris], that took the form of tough love. The moment of truth happened when my son called me at 2 in the morning from a Burbank [California] jail. He’d been picked up on a traffic stop, and the officer looked in his car and found some contraband. As a parent, your first instinct is to get dressed, jump in the car, drive out there and bail your kid out. At that moment, my [current] wife was there. Lisa has a master’s in psychology. And she could hear the phone call. The way she looked at me, she didn’t even have to say anything. I knew that was the moment.

It didn’t have an immediate effect on Paris. It took awhile. But he knew that Dad wasn’t going to rescue him anymore. If he was going to keep behaving like that, he was going to have to deal with it.

You mentioned that all-encompassing period for you with REO Speedwagon. But REO was hardly an overnight success; Hi Infidelity was the band’s ninth studio album. What stands out to you about that period when the album blew up and everything changed?
I think about how our record label stuck with us. At the end of the year, when record labels look at who they’re going to keep and who they’re going to drop, they’d look at REO and go, “We didn’t really make anything on them last year, but we didn’t lose anything either.” So, we got a lot of “one more chance” opportunities. And that allowed us to grow into our own shoes.

In the meantime, we’re playing shows all over the place, and our following as a live band is growing. I feel like, when Hi Infidelity came out, there were people around the country, especially in the Midwest, who were rooting for us. We were always just about to get there. And we kept chugging up the hill. We were the classic little engine that could.

In that sense, REO Speedwagon is a metaphor for the American Dream—if you work hard enough, and if you continue to believe in yourself … My old saying is that you get rejected by 99 people because maybe the 100th will be the one who gets it and accepts you.

The show: The veteran rockers, fronted by Kevin Cronin, perform their greatest hits during this special performance at The Pavilion. Expect to hear classics like “Roll With the Changes,” “Can’t Fight This Feeling,” and, of course, cuts from the album Hi Infidelity, which soared to No. 1 on the charts after its release in 1980 behind singles like “Take It on the Run” and “Keep on Loving You.”