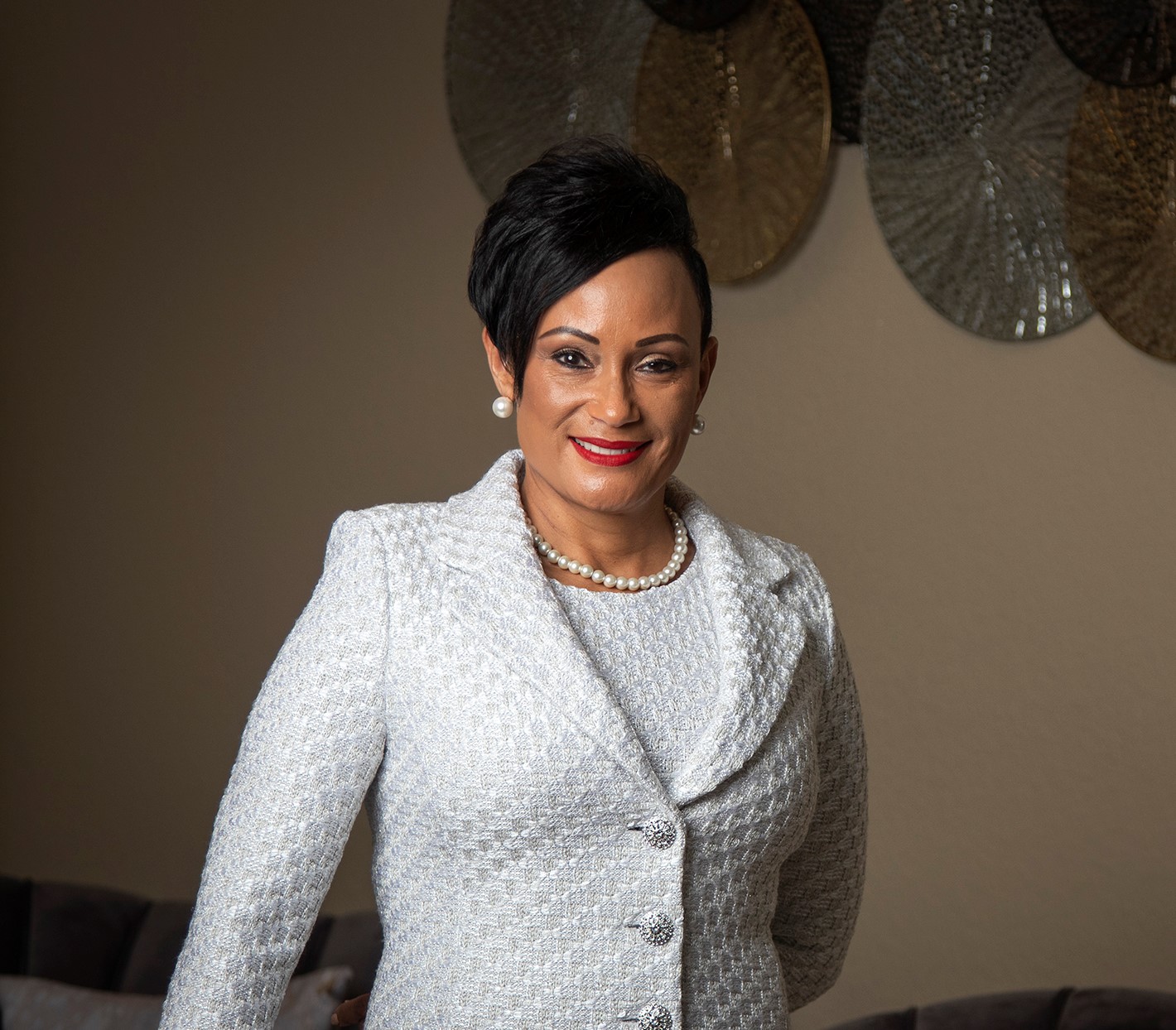 Leah Carpenter, the new chief operating officer for Memorial Healthcare, reflects on how the past informed the present during a year in the hospital trenches

Leah Carpenter thought she had seen pretty much everything during her 30-plus years in health care, first as a registered nurse and then, for the last two decades, in hospital management—including her current role as executive vice president and chief operating officer for Memorial Healthcare System.

But nothing, she admits, compares to what she’s experienced since the advent of COVID-19.

When the pandemic delivered its first serious blow in March 2020, Carpenter “went into overdrive.” At the time, she was CEO at Memorial Hospital West, the Pembroke Pines-based facility which, at the height of the pandemic, had one of the highest COVID-19 patient volumes in Florida.

“All day, every day, I was running and strategizing,” she says. “I’d see lines outside of the hospital of people waiting to be tested.” Her mind would race. “Are there going to be enough tests?”

Then there were those already ravaged by the pandemic. Carpenter worked with engineers and people in facilities operations roles at the hospital trying to deal logistically with the influx of patients. There’s a franticness in her voice even today that echoes how she was feeling then. “I was converting existing spaces for patients that weren’t traditional. We were setting up [beds] in auditoriums, classrooms, cafeterias, and conference centers.”

Amid her CEO duties, Carpenter rolled up her sleeves to help where she saw the need. The trained registered nurse—who had been the chief nursing officer at two of Memorial’s hospitals prior to CEO roles at Memorial Hospital Miramar and Memorial Hospital Pembroke—ditched her suit and put on scrubs, joining her medical team on the front lines.

COVID-19 “brought everyone together, all of our workers, when it could have easily torn us apart,” she says. “It’s been so many things—inspirational, emotional, mentally taxing, stressful and challenging. I know we’re all stronger than ever.”

After new cases at the hospital had slowed last August, Carpenter finally took a deep breath and enjoyed a staycation. Two days into it, she started feeling under the weather.

The idea of having COVID-19 was the furthest thing from her mind. She thought her symptoms were the result of having gone nonstop for seven months. “I was so cautious. Isolated at work, isolated at home. It wasn’t even possible [to me],” the 55-year-old says.

Two days later, she received a call from work. Someone in her office had tested positive. Carpenter tested positive on a Wednesday; by that Friday, she was bedbound. “I was close to death,” she says. “It was before the vaccine, and it was a horrific experience. I had no smell, no taste, and body aches from the inside out—it was like nothing that I’ve ever experienced in my life.”

Worse still, Carpenter unknowingly gave COVID-19 to her son, her mother and her stepfather. Her son, David, 17 at the time, had a scratchy throat and no sense of taste or smell. Her mother and stepfather were hospitalized.

While Carpenter says she should have been hospitalized, she didn’t want to take up bed space that could have gone to a patient who needed it more. With help from colleagues at the hospital and her son, Carpenter remained at home. “I was severely ill for about three weeks,” she says. “Full recovery, getting back to normal [including her almost daily 5K power walks], was another eight weeks or so.”

She ended up powering through all of it: COVID-19, her family’s exposure, and the professional challenges of dealing with a raging pandemic.

In June 2021, Carpenter was promoted to executive vice president and COO of all six hospitals under the Memorial Healthcare umbrella. She’s the only African-American woman in a C-suite position in the Memorial system. According to an August 2020 report from global management firm McKinsey & Co., only 5% of women of color hold C-suite positions in health care administration across the U.S.

“Being a woman of color overall has its advantages and its disadvantages,” Carpenter says. Her parents—Carpenter’s white, Jewish mother was a Holocaust survivor; her Black, Baptist father was a descendent of slaves—taught her that she was “people color,” but that there would be instances and situations where gender and ethnicity could be an issue.

“They said, ‘Things might be a little bit tough, but you’re just going to have to be tougher.’ ”

She was. Being raised in Newark, New Jersey, in the 1970s and ’80s, during one of the city’s most dangerous, crime-riddled eras, has given her added perspective.

“I tell people that I literally dodged bullets to get to high school,” she says. “Having grown up very poor and in the inner city, I know what it feels like to be at the end of [the line when it comes to] access to quality health care. That definitely is a driver for me.”

Carpenter also found plenty of inspiration at home. Her proud mom, Edith Frankel, was her own woman. “She rode a motorcycle through the Holland Tunnel back and forth between New Jersey and New York. That was unheard of.”

During nightly dinners, her mom (who turns 79 this month) would “inspire active conversations at the table; nothing was off limits.” But the dinnertime talks did have one condition.

“You can debate, and you can be unhappy about something,” Carpenter recalls her mom saying, “but you can’t [whine] and moan about it if you’re not going to be part of the solution. How would you do it differently?”

She credits that message, what she refers to as “her mother’s voice in her head,” with helping her transition from the front lines to the front office.

“I’m not an ivory tower kind of leader. It’s important to be seen, to be there. Sometimes, the picture isn’t so pretty, but when you see it with your own eyes, you’re even more motivated to fix it.”